Here I’ll be uploading some ASM I wrote. Everything here is only for FE8U. I’m pretty new to thumb assembly and have not shared ASM before, so expect issues when trying to use this stuff. I’d really appreciate it if you could tell me of any issues you run into!

Also, massive thanks to the people who helped me understand asm over at the spell-academy channel in FEU’s discord. You’ve been a great help! Teq’s guide has also been incredibly helpful:

PLEASE DO NOT POST. THIS IS NOT FINISHED. Greetings, fleshlings! You may have heard that assembly hacking, or “asm”, is incredibly difficult and is only pursued by the bravest of souls after many years of study under an old man on a mountain. This is completely wrong. For starters, do you have any idea how difficult it is to get wifi on a mountaintop? Not to mention the wind and snow wreaks havoc on our creaking bones. It is true that learning and applying it takes time, but that goes for just … 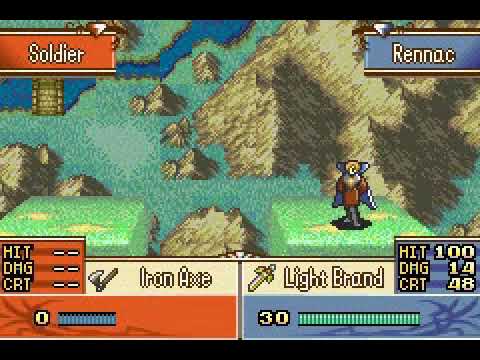 Again, please tell me if you run into any issues adapting these patches. I’m also new to these forums, so Hi!

really gonna post a screenshot of ManBat! rennac with no context huh

for this adaptive bgm, is this similar to like what fe13/14/16 do with the rain/thunder versions? I’m trying to understand the functionality

I’m not quite sure quite what those games exactly do to transition between the rain/thunder versions, but that is the effect I’m trying to replicate, yes.

I’d upload Rennac’s class to the animation directory, but I’m still planning on tweaking it a little.

so this wouldn’t restart the song but continue it on then? that is a very neat thing to add

Well, this doesn’t switch any soundtracks. It mutes certain parts of the song, instruments (sorta), outside of battle, and unmutes them during battle.

The main limiting factor here is that the two versions of the song share the same 12-note limit.

is it possible to upload a video showing it off?

There’s an .mp4 in the dropbox I linked. I’ll upload it to youtube and see if I can embed it.

oh yeah is exactly what i was thinking
aka sicko mode

Sicko mode… in a good sense?

yuh, this is insane.
For some reason I swear danger zones already existed, but I wouldn’t use them anyway because I’m sadistic. Still, I know that this is a big, sudden contribution from a newcomer, and people with actually good design philosophies are gonna love it. I hope you get the “new member of the month” award.

Yes, the original Danger Zone is a bit flighty. I tried to go for a more permanent solution.

UPDATE: I added the Danger Zone patch and instructions.

EDIT: And now the dropbox link is correct, woops, sorry.

This is actually poggers, I’m definitely keeping an eye out for this if you’re continuing to work on it

So, there’s no way to keep this Danger Zone and the FoW?
Maybe using a palette that isn’t tied to the tilesets?
Like a table in which you can set which palette is used for a tileset.

Edit: I found a Bug.
With the Danger Zone active, the skill Elbow Room gives a massive boost of 127 might. 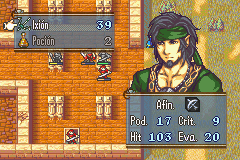 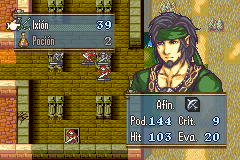 I guess the same happens with Natural Cover.

Thanks! I’ll look into that bug!

The way I understood it, is that there’s a limited amount of palettes that can be displayed at any time for a layer. Which is why there’s no room to let the maptile-layer display more palettes. On second read-through, I’m not quite sure if that actually answers your question.

In all fairness, when you know you’re in danger your fight-or-flight response kicks into overgear. Our buddy over here injected a heap of elephant steroids just so he can delete the enemies.