People in the FEU discord wanted a thread like this, so I’m making it, there might have been a similar thread in the past, but if that’s true, it’s buried now

This is a wiki post, so feel free to add your requests in the list, along with your name.
For completed requests, strikethrough out the ASM from the list and add a link to the thread with said ASM.

Doesn’t circles randomizer have these? Not sure if the source is public, though.

iirc they teach random skills. Making them teach specific skills would be trivial if you’re willing to accept each scroll using an item entry.

Some personal requests and ideas

Range Fix 2.0 - Make it so enemies with both staves and weapons will display both ranges and not just attack range (attack [red] squares take priority) (stretch goal - make enemy staff range also display when pressing select, add a tertiary color for when they overlap)

Objective Display counter - Display a manually created counter in the mini objective display on the map, can be incremented / decremented / set / reset using events, counter text will flash green when it is one away from max

Summon Table 2.0 - Ability to set summoned class type and possible weapons per unit instead of just the unitID (Stretch goal - ability to summon multiple classes, brings up a menu when summoning, can set level requirements for each class type)

Tellius Torches - New trap item, torches can be lit when standing next to them and will expand FoW range, can set lighting range, duration and fade (ex vision range lowers by one each turn). Torches will display the amount of turns lit remaining when hovered over.

Debuffs 2.0 - Add a visual effect when debuffs are applied, as well as a visable icon on the map sprite (similar to other status conditions)

MMB More Items - When only the first item is displayed on MMB, add an indicator if the unit has more than one item

Item Warning - On warnings/HP bars, add an icon for when enemies have an item that can be stolen, or an item that drops

AOE Magic - Area of effect magic. Likely modular. Would need a map animation for the attack that copies on all targeted tiles. Would still provide exp.

Global Push - Make an option for push to function like Tellius (global command for non-mounted units, cannot be used on mounted units)

I think it already exists.

Set the attack BGM for each chapter.
You can also change each unit. 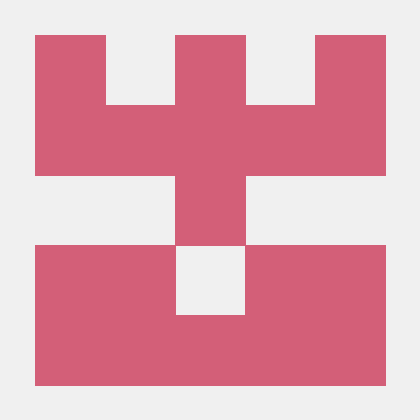 Set the attack BGM for each chapter.

Defense BGM has the same meaning as enemy attack BGM.
The enemy’s attack BGM can also be set chapter by chapter.
The attack BGM of NPC can be set similarly.

Some would be an understatement there Pik.

AOE Magic - in progress, I’ve got something similar in the works which can be used as a basis
Reaver Split - I have an implementation (will upload but it’s based off an old Colorz hack)
Summon Table 2.0 - I have a partial implementation with my Summon Rework

Objective Display counter - Display a manually created counter in the mini objective display on the map, can be incremented / decremented / set / reset using events, counter text will flash green when it is one away from max

I’m kind of taking a break from wizarding right now (AutoNewline took a huge amount of effort), but I’ll think about adding this to ChangeChapterObjective.

These are realized by hooking the routine and setting the table, not setting the item flag.

This is what’s called a “wiki post.” It’s one of those cool discourse features, so anybody can edit this list. It’s pretty great. You’re welcome. Golden rule: be respectful. Make sure we’re adding substantive well-thought requests. I think it would be helpful if we included all knowledge on how to do something or what else we would need to do something as well, so someone else can pick up from what one person doesn’t know ~@Crazycolorz5 Mechanic Modifications: Contemporary FE style talk and…

Set the second palette in the chapter data free space.
And you can switch by enabling flag 0x28.
However, this method is a little cumbersome.
I think that it is necessary to reimplement it using the same technique as ChangeChapterObjective.

Here are some requests and ideas;

Exp gain - Change the amount of exp gained for units more or less.

Hide the win/loss/draw counter - Hides the win/lose/draw status from displaying on the character screen.

Reset the win/loss/draw counter- Resets the vs counter that’s displaying for the character.

Custom class name for characters - Change the name for the specific character’s class depending on it’s class, chapter or flag.

Custom map sprites for characters - Depending on the specific character, which class, chapter and/or flag, will have a unique moving and hover map sprites.

I think that it will be solved if the skill can be given to the weapon.
With FE8J’s FE8NSkill, weapons can be given skills such as “Paragon”.
I’m not sure how to implement FE8U SkillSystems.

With SkillSystems, it may not work??

Exp gain - Change the amount of exp gained for units more or less.

This is accomplished by Modular EXP.

Tellius-Style Promotions - Units promote automatically by leveling up after level 20 while still having the choice of using promotion items.

Hide the win/loss/draw counter
…
With SkillSystems, it may not work??

Skill System actually hides this by default using MSS. The area where it was drawn is used for displaying skills.

If so, I think that it works with my patch because it is a target ROM that does not contain SkillSystems.

I created a routine to reset BWL Record.
However, SkillSystems extends this area, so I don’t think it will work at the same time.

Tellius-Style Promotions - Units promote automatically by leveling up after level 20 while still having the choice of using promotion items.

This is also already done more or less, and it’s implemented by Sacred Echoes and Legends of Avenir. Tweaking it wouldn’t be too difficult. (Credit goes to Teq and Gamma for this I think. Please correct me if I’m wrong.)