Zoramine's Bucket Of Many Random Things

ZORA’S DUMP OF MANY RANDOM THINGS

Hi. I’m the guy you probably know because I like Berserkers too much, or that I like monster sprites too much, or you were here in 2020 and think I still do maps for some reason. That’s a mistake. I make lots of things, but I’m inconsistent as fuck at doing, well, anything.

If you have questions for me, please first read my FAQ, because there’s a good chance your answer is there.

Addendum: DO NOT REHOST MY MATERIALS. If it is here and I haven’t placed it anywhere else, there is good reason for that. Thank you.

DO NOT TRAIN YOUR AI ON MY PIECES. THANKS.

All of my F2U, F2E with credit Portraits. Half of 'em are splice anyways, so there’s no harm in splicing with them. Still would rather you not, though.

Links to Background CG for cutscenes (there won’t be many)
Here’s a set of FGO-based ones. And two from WAve.

Recommended people to look up to because you shouldn’t look up to me, no seriously these people actually good at art:

Im a fan of your sewer map and the uphill castle map, they look neat! 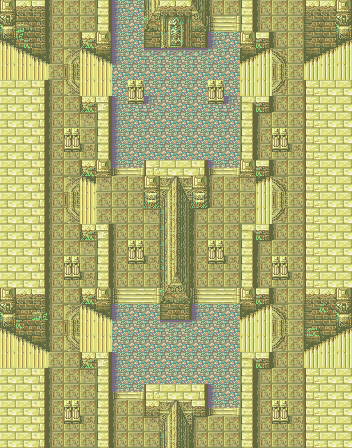 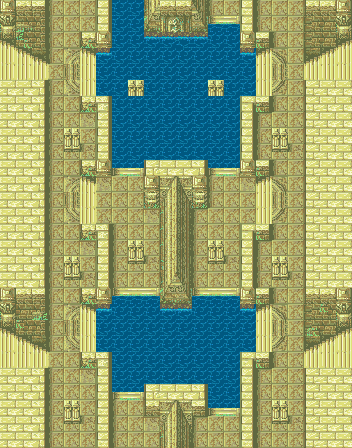 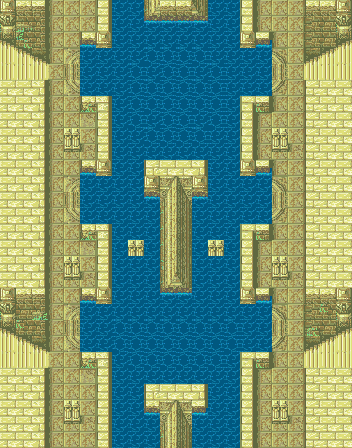 And, for those who love my animation gifs:

really neat concept! Only thing is that i wonder what would happen to the units who got submerged by the water?

I’m sure that they won’t be able to move until the water goes away, unless they are flying units

Same thing that happens in that FE7 chapter, they’re just stuck and useless unless a flier comes and saves them. Would definitely recommend giving ample warning on water level changes in maps like this (or better yet, making it manual.)

Awesome stuff, the gifs in particular are a lot more fun to watch than expected.

Realized that was literally what I said earlier, so lemme re-edit this.

Basically what Pik said, or since its Water tiles and not Sea tiles they could probably have very restricted movement if infantry and completely stopped movement if armored or horseback. 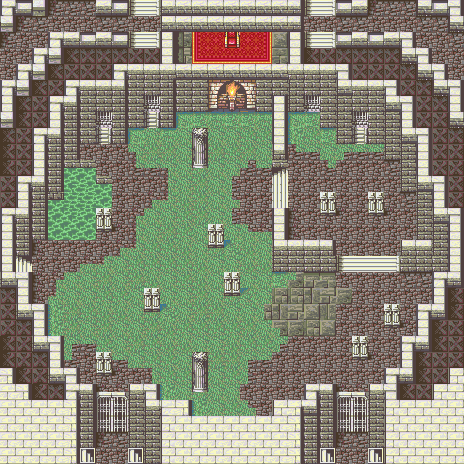 A very nice Arena map from my updated Stronghold tileset which this totally isn’t a shill for. You can find it by those words which are a different color.
Plus, animation gif!

Unfortunately, about half of the stills during this map’s creation got deleted through annoying means so I cant share all of the map’s development.

Castle of the Water Queen, a flooding map that utilizes time-based triggers to close off paths for a turn. 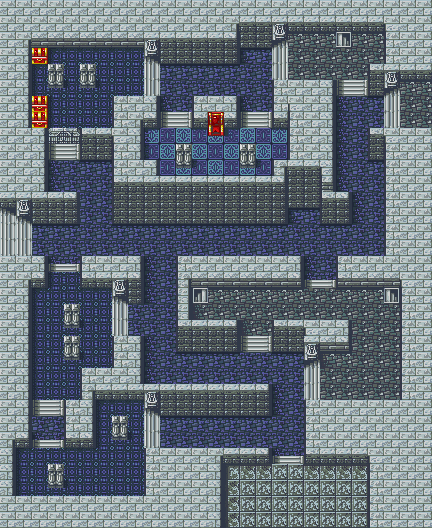 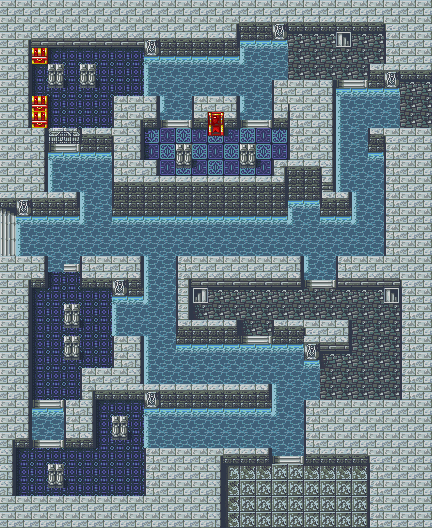 A Merchant village where my main goal was to use the fun fence wall tiles along with having an Inn very close to sea. More like a Tavern for a D&D campaign. 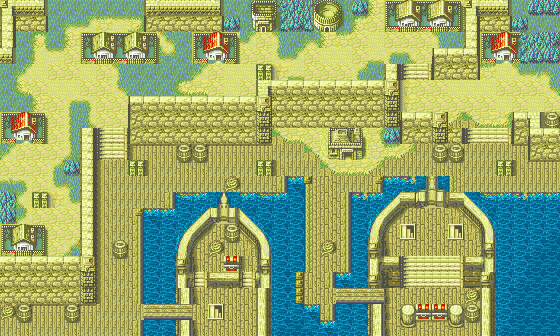 ‘This Was A Bad Idea’, a water map which required several triggers to raise the water, trapping units on either side of the map as they progressed upwards. No Fliers Allowed! 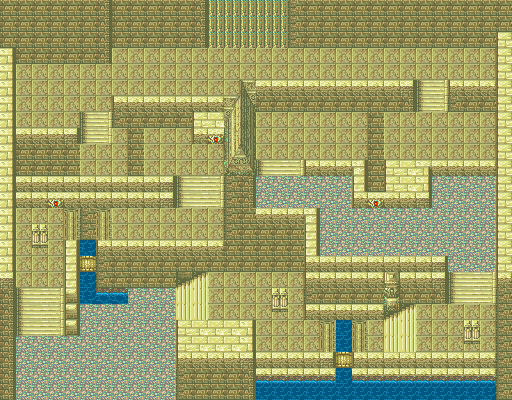 And a ‘flashback’ style palette for Fields, which lacks one. Mountains are a bit rosy. 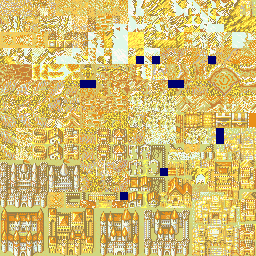 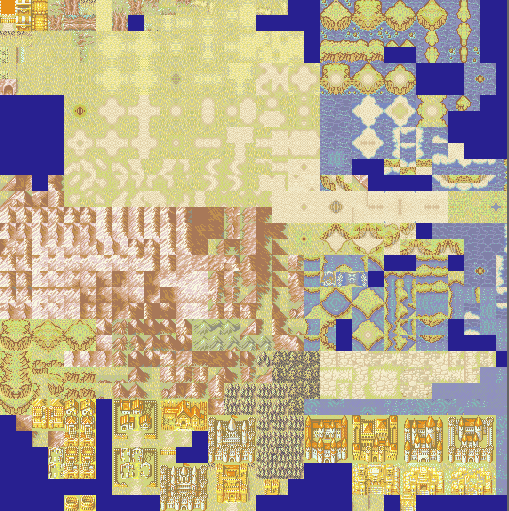 I see a lot of your progress in spritans. It really is amazing and I can’t wait to see more!

Thank you very much.

That “DnD campaign” map reminded me how useful fe maps are in making a makeshift dnd campaign map. Already said how i like your water maps so yeah, keep it up! 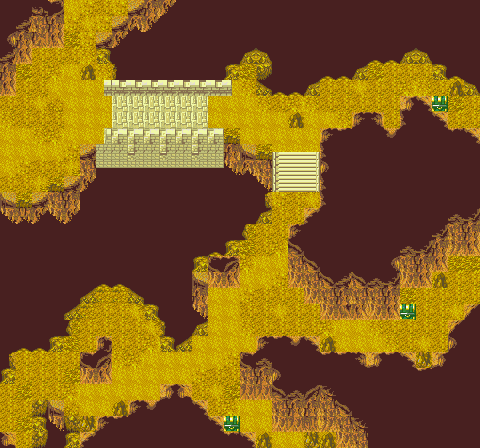 ‘The Yawning Abyss’, an experimental map into testing tall cliffs with voids and cave walls, with a special thanks to RodgeAurablader in the FEU Discord for providing for me some palette differences, special tiles, particularly the bridge over the abyss! 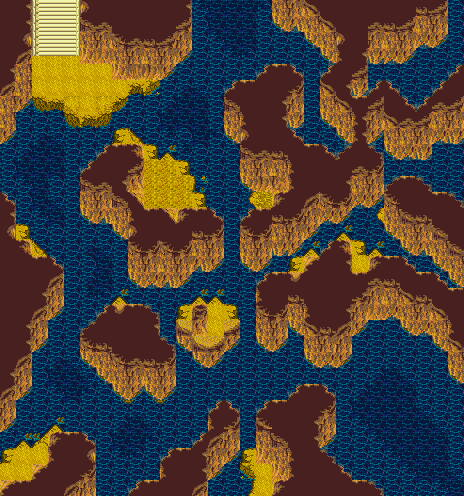 Cavern practice utilizing my Revamped Cave Tileset which is getting an update later today. Lots of twisting holes above water. 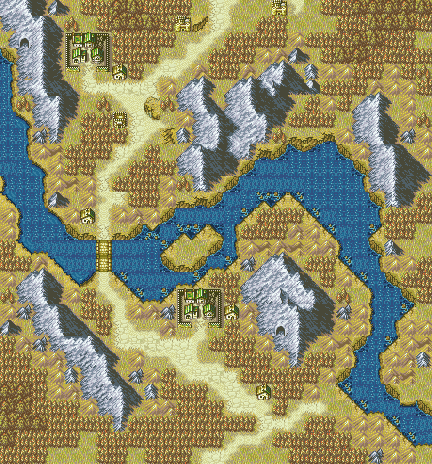 Lorelei, a map inspired around a section of the Rhine river called the Lorelei.

…Along with the progress Gif of this map’s creation. 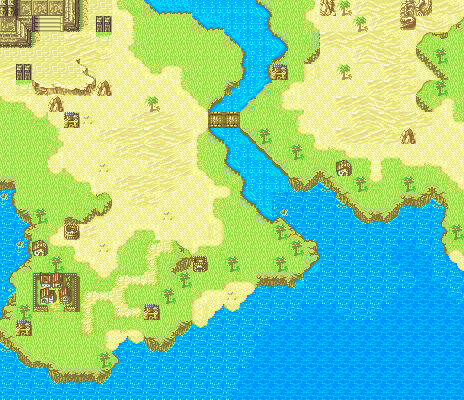 A desert map I created for fun when initially testing sand beaches and the extra tiles I added in my Desert Tileset. 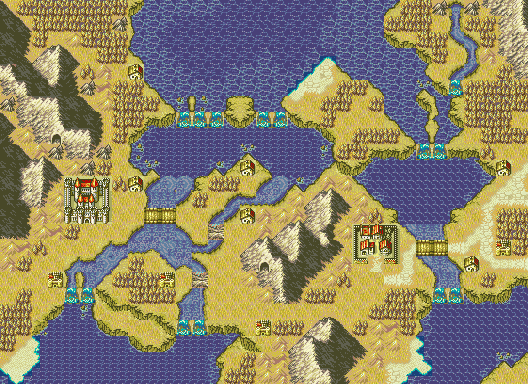 Nekoyama Falls, Inspired by Noel Canyon’s massive waterfall section which is honestly one of the most interesting yet hard to execute map concepts. Probably would be a nice cutscene map, while not the greatest to play.

And a progress gif of this map’s creation, including the various palette ideas I rotated with (including Nickt’s autumn palette into an edit of that and then finally into a warm evening color.

All of these maps will be included in an update to my bucket of maps that’s at the top of the first post for use by the public. All fields tileset maps and cave tileset maps here require use of my fields or cave tileset. 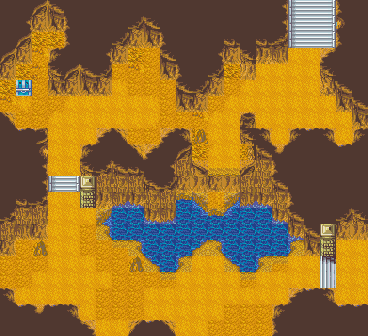 Here’s a cave tileset map that I initially made when testing things out for a friend, which is a bit unfinished but will be finished when its posted for public use.

Here’s a link to my updated Desert tileset, used in all future desert tileset maps including a WIP canyon map for someone in FEU discord.

And here’s a link to my Cave tileset, which will be getting an update tonight as I forgot to update it a few days ago due to life stuff happening.

Damn. As before these just look great and the gif is super satisfying.
If I were a romhacker, would definitely use the public ones. Well, actually not fond of the cavern and the cave as mentioned needs help but I really like the rest. 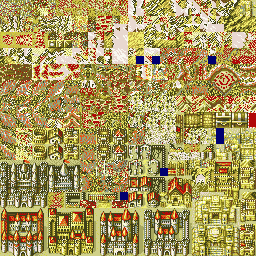 Autumnal/Evening palette. Used in Nekoyama Falls on the final vers! 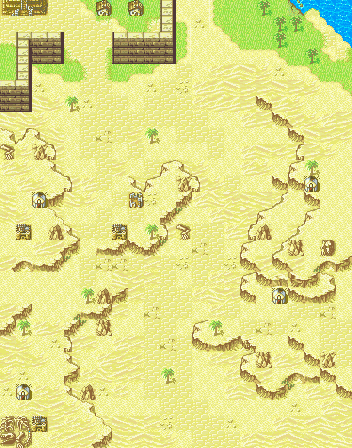 Desert Canyon made for someone in FEU who gave me the idea. 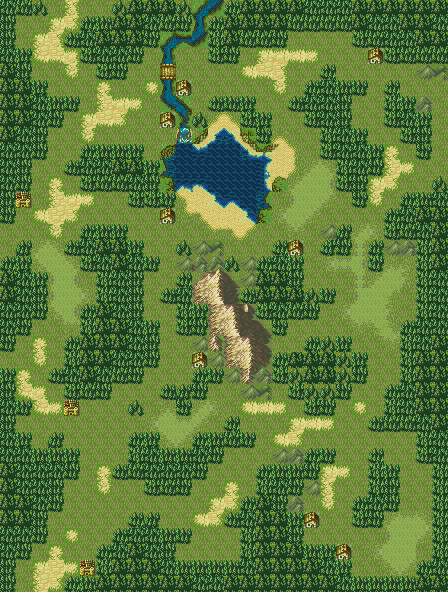 But seriously, nice. It’s not just good-looking, but seems like it could be very playable. (Although it is really big.)

Thanks, now i want to port that song lmao.

Now on topic, your maps looks awesome Zora, although some palettes could be improved.

Most of my maps are massive, but you can actually cut most of them in half and they can serve a similar purpose (ex. if you cut the bottom half of the forest off you get this:) 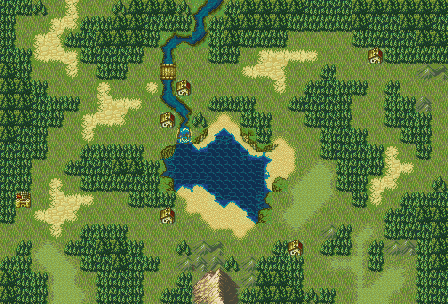 That’s why I make truly massive maps; they look nice when viewed as a whole, but you can take individual pieces to create entirely different maps that… truly aren’t that different!