I’m already aware that there’s gonna be issues, considering I used 7743’s tool Vesly brought to light. I had to manually piece together a bunch of tiles, set every single terrain type like I did back with my old versions of my Fields and Castle, and then pray that it actually worked. Please, if you find any bugs, bring them to light, and if you have ideas that seem at least relatively easy to implement, feel free to chime in! Awareness this exists helps me and it helps me fix bugs/add cool stuff for y’all to use. 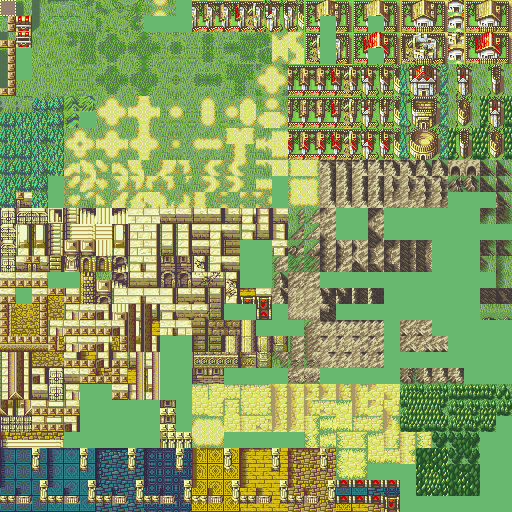 New Fort Tileset - not even revamped this time smh


Welcome back to today’s episode on ‘Zoramine experiences burnout to hell and back and disappears for a week!’ On today’s episode, I’m bring you a Fort tileset which isn’t just an inferior Castle tileset.

I made a post on my main FEU thread about it, but this hast just about everything you’d want, a bit more, filled with suffering at trying to make my Fields tileset’s trees imported. For a full list:

More things might be coming soon, like tiny houses to appeal to those who want to use this for more than big villages and the remainder of the Peak tiles since I can’t be bothered to do that right now. 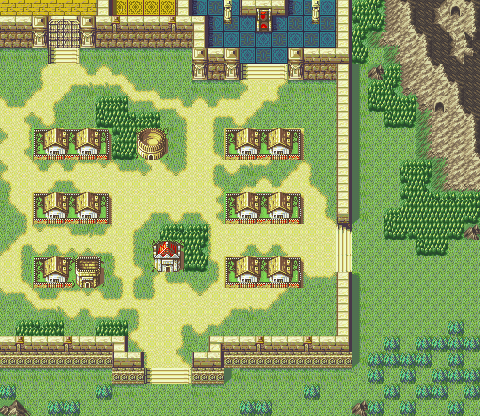 Here’s an example map that I threw together then got burnout so I didn’t want to finish! Maybe I’ll do that later, but not now.

If I pogged any harder, I would turn inside-out.

I really am cursed with talented people outspeeding me on remaking tilesets. 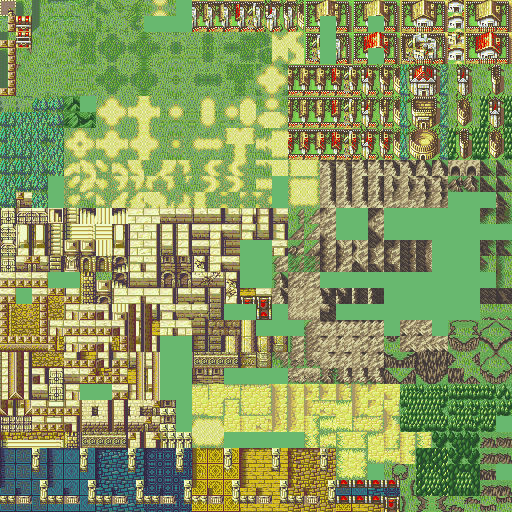 1800191A512×512 58.1 KB
Newest update has what I promised before in messages on FEU’s discord; Updated mountains which look less ugly, fence tiles (located right above the blue floor tiles), and CLIFFS! Props to Flasuban for his setup for the brown cliffs which I ported over to this tileset and the Frontier tileset by a bunch of people for the original setup for wide and tall cliffs.

This tileset’s basically complete now. Nothing really to add.

Oh, and I added a fog palette. For those of you who like Fog, you maniacs. 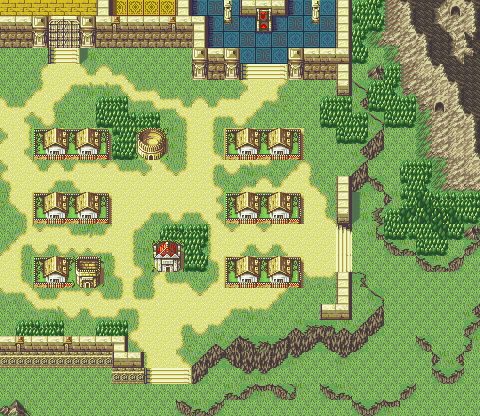 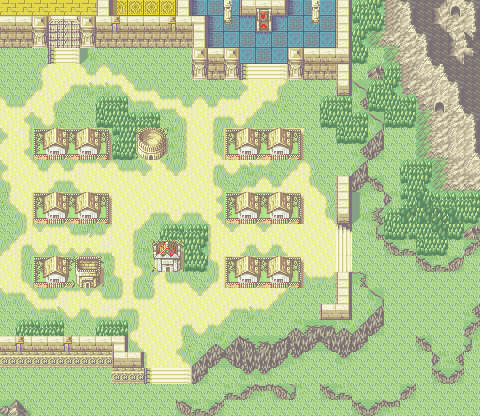 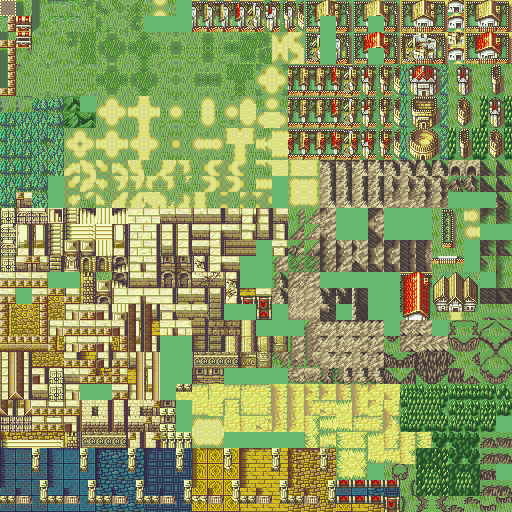 I… forgot the object image.

ok its there now!