Figured I’d post this (finally) since I forgot to release it during last year when I’d made it. Oops. 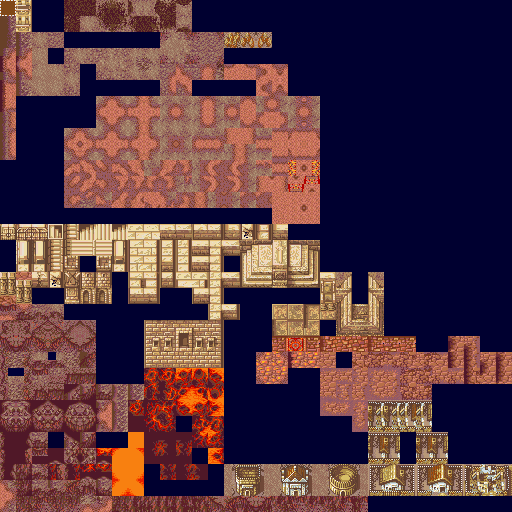 50005152.png512×512 42.3 KB
Minor changes include the addition of several floor tiles that were in the tileset but not included, sloping walls, several extra variations on the cliffs to allow for taller cliffs, trees that are a bit messy (apologies!) and houses. Easily the hardest part of this tileset was fitting the buildings in, but damn if I didn’t do a good job.

Here’s two example maps (with their .tmx files included in the download) 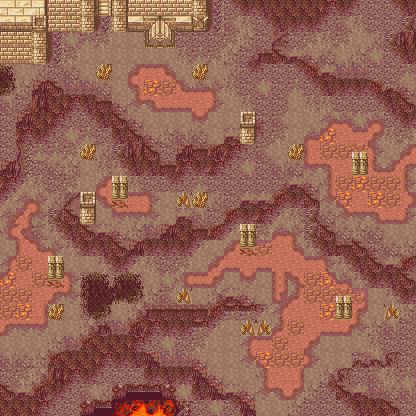 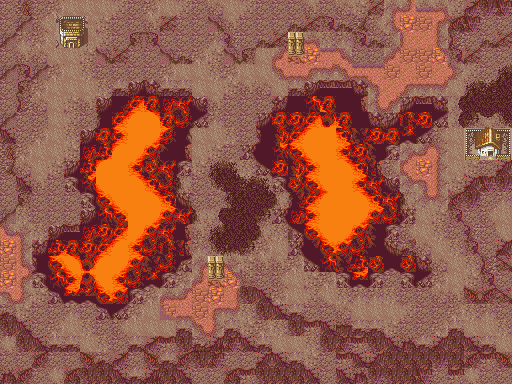 Perhaps it needs more polish, but I like it as is. I also don’t intend to return to the tileset despite editing it heavily because this tileset is a nightmare, and this is about as good as I could get before tiring myself out. Note the maps are poorly made because they are from a time a while back where I was quite worse at mapping.

Lol hell village
Despite how ridiculous the concept is, this is dope

Some really impressive additions. Even the additional cliffs will open up a lot of new options. Thanks for this!

TBH the concept came from me playing Pokemon Emerald and realizing that Lavaridge Town is really fucking cool even if it’s a ways away from the volcano itself. Once I get inspired there’s little stopping me other than a deadline for a Java project that I forgot about.

Well, in asia culture, there are some story about a place where spirit of the people who passed to live, paying for their crime they made while still living and waiting for another life after life. Called them Hell Village doesn’t too bad