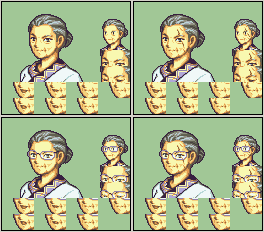 Tried slapping FE8 colours on them

I was told I oughta submit this here. It’s my totally original character, Barla! Coming to a blitz near you!

Karel with a ponytail! Made varieties with and without his collar as well. I may make one for Karla down the road but I’m a bit busy atm.

Wow, he looks good in his sister’s clothing.

4 days until the deadline, folks!

Here’s something a tiny bit different; Semi-chibi Karla. No, she’s not a child! It’s just a stylistic choice.

And I thought for a moment we burned put after two contests… Guess I was wrong.

Karel with a ponytail!

Very good, but have you considered:

Ah, yes, I was wondering when we’d start getting all the dank meme entries.

Oh man, I was scared that this day wouldn’t come, the day where I finish both portraits in time for CCC… But not only has the day come, it’s actually come a little early! Man this feels good… Anyways, My submissions are Sword Demon Karla and Meta Knight Karel. I created some backstory for both of them…

For Sword Demon Karla: “After the death of her family at the hands of the (then) Sword Demon, Karla picked up the blade to avenge her loved ones… Unfortunately, in this journey she’d become consumed by her feelings, ultimately leading to the monster you see before you.”

For Meta Knight Karel: “After a messy confrontation with his sister that ended up costing him an eye, Karel changed his ways and dedicated himself to fighting for justice; One day, he came across a knightly figure and out of admiration, Karel decided to model himself after said knight…”

So they’re not the most in depth backstories, but you know, I wanted to create backstories for the two that would also have continuity between the two portraits; Where’s the fun in just making the portraits without any lore? Shoutouts to Obsidian Daddy for not just helping me out with these two, but also with portrait making/artwork in general.

Kinda hope you’d make a version with a hood too…

Ask and you shall recieve

There were 44 individual portraits submitted by 21 contestants in Round 1 of the CCC.

In round 2, there were 21 individual portraits submitted by 13 contestants.

As of now, in Round 3, there are 34 individual portraits submitted by 14 contestants.

Not bad! You guys have two days to submit any other portraits! I’ll start compiling the poll now, and will post it about this time in two days. So, about 48 hours from now. Plenty of time for a last-minute banger!

Hey guys! The time for accepting new CCC entries has ended! We got a TON of amazing portraits, and I’m honestly wondering who will win this one. There’s one obvious entry I think will probably take first place, but second place seems entirely up in the air, to me. I see five different entries I love equally.

This poll will run for 3 days and will end on the 19th of February, 72 hours from now! If there is a tie, I will let it run for one more day. If there is still a tie after that, I will perform a tiebreaker round with one vote per contestant. If there is STILL a tie, I’ll flip a dang coin.

Without further ado, vote here! I’m using a new website, so you’ll be able to select as MANY or as FEW choices as you guys want. Let’s see how this plays out! 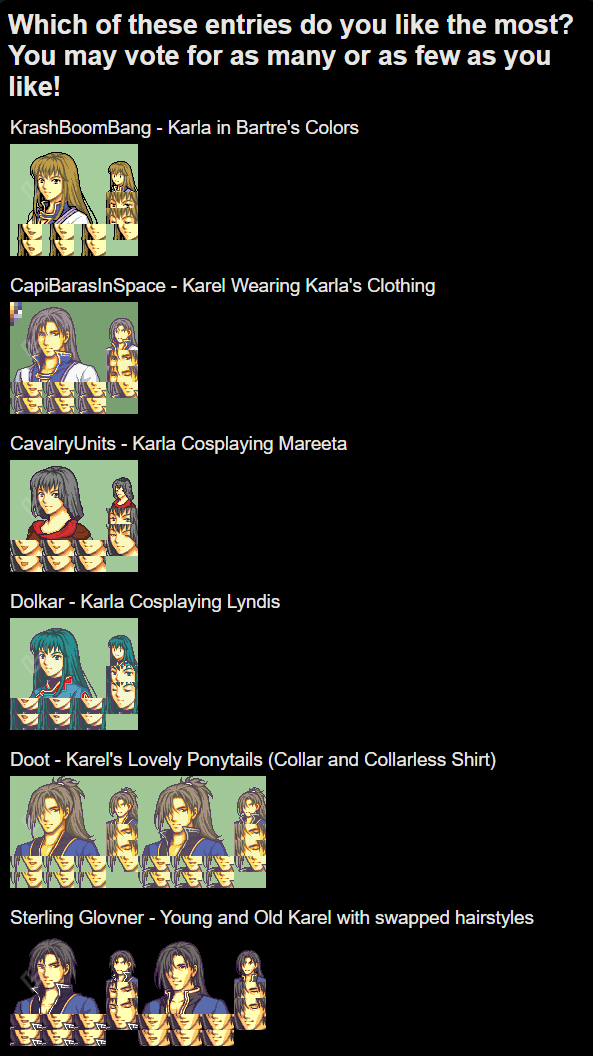 Hey, Klok… I have a feeling tommorow is not 21st of February XD How did you even get that date

KOFF KOFF it seems I was looking at the Lizardman calendar. Whoops! 24 hours left to vote!

So, what did Spoon choose for the next contest?

…I completely forgot about this. LOL

I’ve been really busy working on FETD. Ugh, so many things happening. I just woke up, so I’ll get to this in a few hours.

Okay, everyone! We’ve reached the end of Day Three Four, and the results are in! With 40 people having put their answers in, and with 30 points in total, @Spoon_rhythm wins the third round of the Character Compounding Contest! Honestly, I don’t think anyone is surprised by this turn of events.

As such, Spoon has chosen the next two characters for Round 4: They will be…
Cath from FE6.
Hugh from FE6.
I will also be adding a third character to the roster, Lysithea from Fire Emblem Three Houses. I want to have more non-GBA characters, so since Lysithea is pretty popular, she will be our third optional character entry.

Until I post the next CCC in a week or so, you guys can feel free to prep for it ahead of time!

Anyway, here are the full and final results after 40 people voted with 138 votes in total. 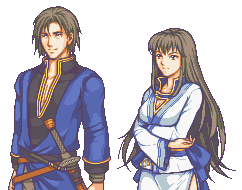 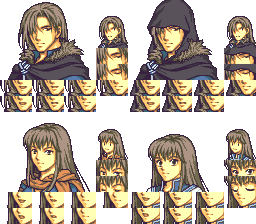 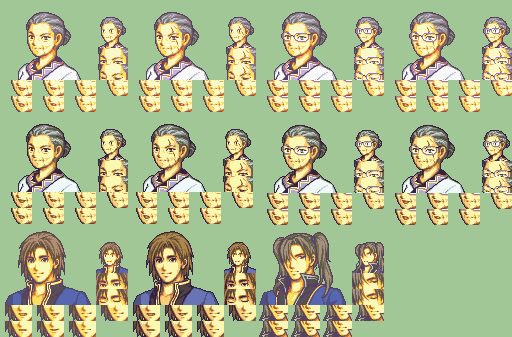 I think the most surprising result for me was JiroPaiPai getting second to last place. I mean, guys? It’s a halfbody. I thought his submission was pretty dang good. It also maintained FE6 Karel’s original coloration/appearance/posture so it was a more vanilla extension too.

Anyway, the results otherwise came out fairly interestingly! I’ll be seeing you guys when I post the next CCC in a week or so! Great turnout, love the submissions this time around. I personally can easily see myself using Wasdye’s Assassin Karel/Karla in the future