Welcome to the next round in my continuation of the previous CCC’s! As one of FEU’s (surprisingly) most popular contests, I’ve decided to spruce things up a bit! 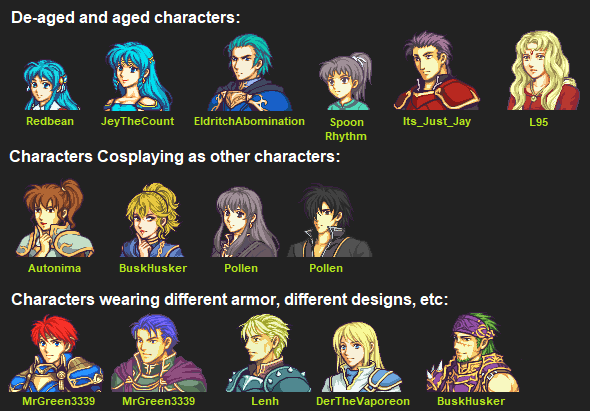 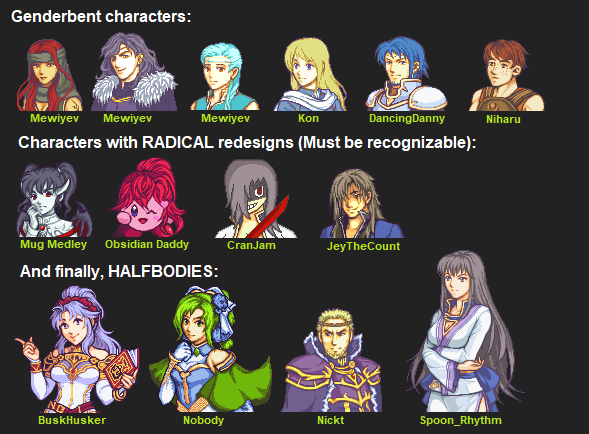 Here are the winners of the previous rounds:
Round One.
Round Two.
Round Three
Round Four

The previous round’s winner got to choose two of the three mugs for this round! As such, they chose Nino and Jaffar. Additionally, the community voted and chose a third character: Sonya from Gaiden. 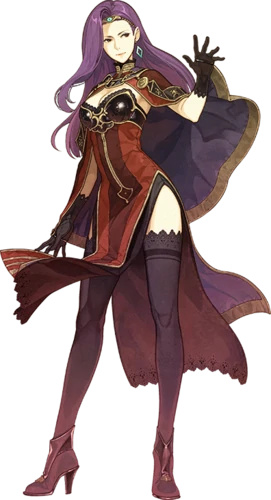 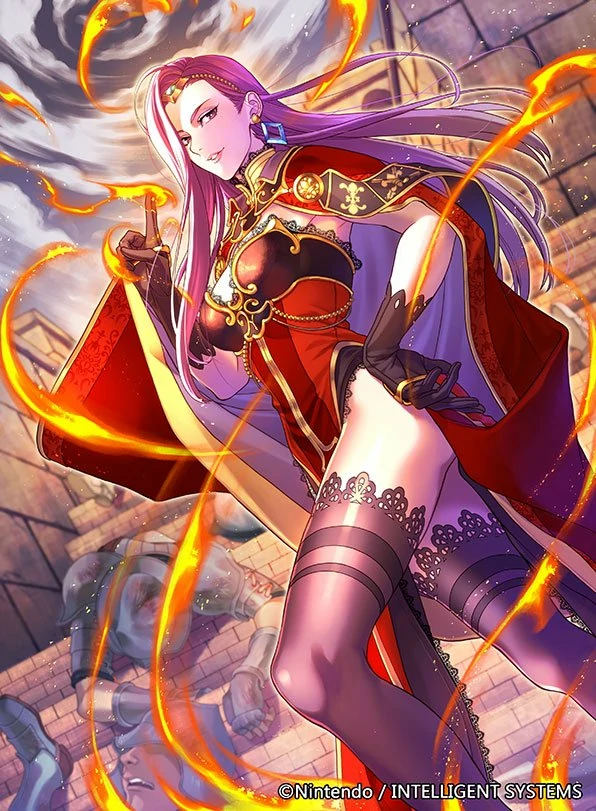 596×811
Sonya is from Fire Emblem Gaiden. Sadly, she has no assets in the repo. Why not fix that?

Since you guys can submit as many mugs as you want, but I have to take a lot of time for each person compiling them all, please do the following when submitting more than one mug for the CCC.

That’s it. Those are the new standards. It took me 6 hours to compile the voting section for the previous round, and 3 of those were because I insisted on including Vilk’s badass gif. I had to learn a method for making a thirty frame gif slot onto a single sheet, and it was agony.

So, yeah. Put them all on one sheet, like so: 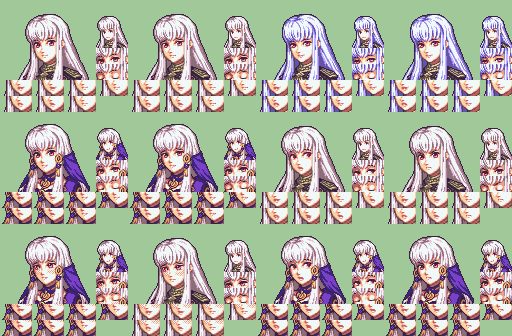 As well as including a zip folder with all the images, named and credited like you would find in the Portrait Repository. 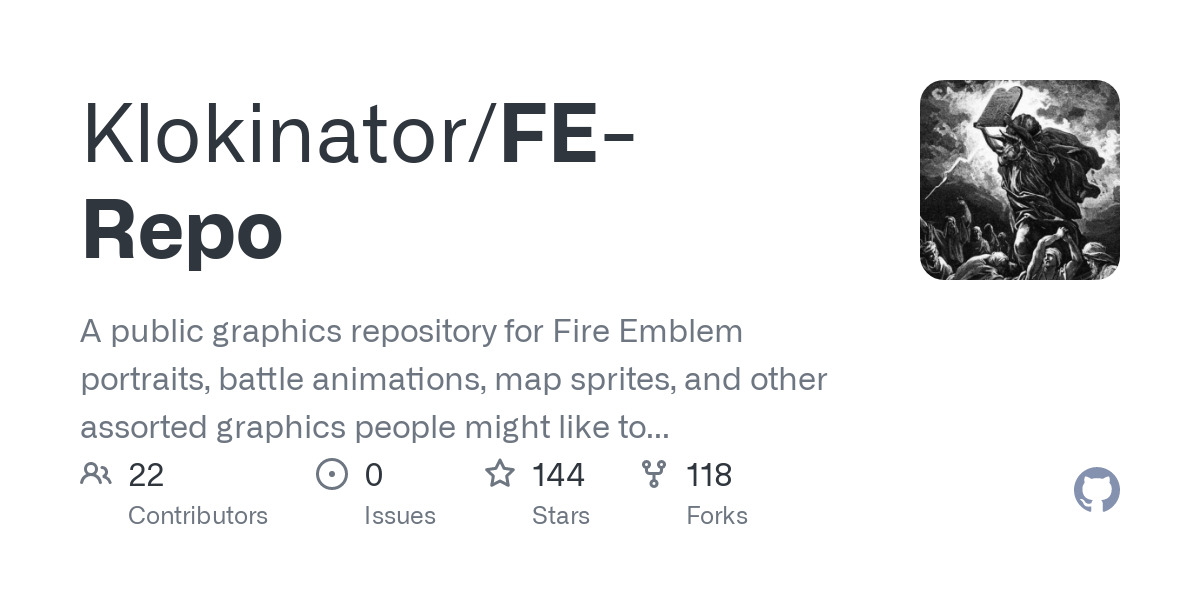 A public graphics repository for Fire Emblem portraits, battle animations, map sprites, and other assorted graphics people might like to use. - Klokinator/Fire-Emblem-Graphics-Repository 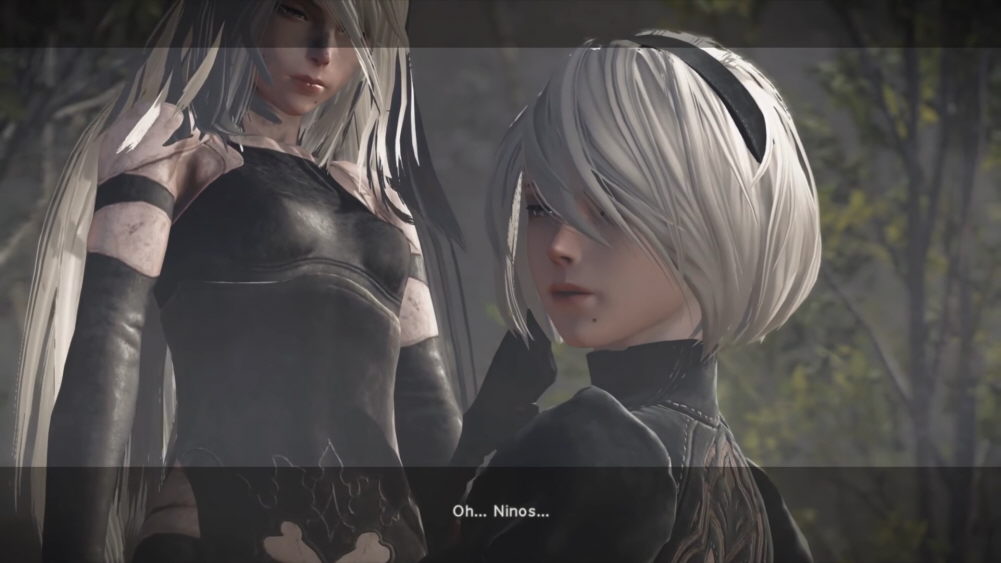 I read it. It’s about what to do when submitting multiple mugs.

No, the one below that.

Jey, if someone submits incorrectly, I’ll be sure to let them know.

Thanks for the thought though

I love that Vilk converted Nino to Nino Automata lmfao

I mean it was bound to happen.
Two short haired characters with exactly the same name? C’mon!

So. It’s time for me to show what I’ve cooked for this contest.

If I may, I’ll precede my entry with a short story.

Lugh followed the mysterious man through the forest. To his surprise, the cloaked figure had lead him to a small opening with a flickering portal.

Lugh hesitated for a second but ultimately the curiosity took over and he stepped through the white light.

He was in a large building, its cyclopean architecture alien. Despite showing signs of an immense age the ruins somehow held together. He already saw this kind of building style in the past…

“Hurry up, the Archsage requires your presence.”

Lugh shivered. How long had he stood there in awe? Time seemed to hold no meaning here… Where was he, anyway?

“You seem to have a lot of questions. Come, soon you will get all the answers.”

Lugh nodded and followed the cloaked man. They made their way through the immense complex, passing by statues showing half men – half reptile creatures, great wyverns and other beings he couldn’t even name. Eventually they entered a massive hall.

There were already other people there. A woman dressed in a travel outfit donning an extravagant violet hat, a red-haired man and…

“So you came here as well!”

Lugh quickly walked towards his brother and embraced him. Raigh didn’t resist as he too was happy to see his brother, even though he never showed it.

Lugh now turned to the last person in the hall sitting casually on a large, fallen pillar, seemingly meditating. She couldn’t be older than fifty years old, yet her hair was pure white, almost unnatural. She wore a big golden necklace shaped like a triangle with light rays coming out of it, with a gem inserted in the center.

The woman opened her eyes and looked at Lugh. They flickered with determination and pure, untamed magical power. Lugh notice that she had the same color as his own – a shade of deep turquoise.

The woman smiled and said: 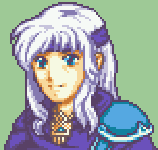 So, yeah, that’s my entry. 44 years old Nino, 10 years after the events of FE6.
What happened to her? Why did her hair turn white? What was she looking for or what terrbile truth did she discover? Is this a character stretch?
I don’t really know. The only thing I know is that she managed to somehow infuse herself with dragon blood. Why? Don’t ask me. I have no idea!

Here you have four versions of the mug, in both color styles (FE6/7 and FE8) and with green hair if you don’t like the white one.
[edit] Sonya was added.
[edit #2] Sony FE2 version added.
Link:
https://drive.google.com/drive/folders/1JmSNxZcdkHsc70cAnrUdmTESxqGENhC0?usp=sharing

I think this might be your best work yet.

Minus the fanfic, but just know my standards for writing are p. high

Minus the fanfic, but just know my standards for writing are p. high

Yeah, English is not my first language. Still I think it isn’t that bad. At least there’s no cringe love triangle

Eyes looking like the ones of a goat is intended…

This one is bad:

LOOK AT MY EYES! LOOK!

I added another one…

This one is bad:

Got a bit creative with these ones 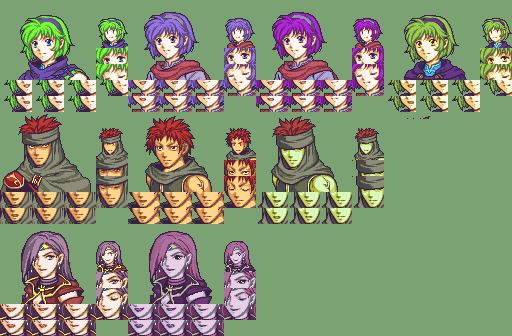 Link to the updated ZIP folder

Oh my god damn. I fucking love both of those Jaffars. Hoodless Jaffar is so cursed though lmao without the hood he’s such a dweeb. Dude reminds me of Sain hahaha