Taking @Klokinator 's old tradition, I let the winner choose 2 Characters for this CCC, while I choose 1 that complements them. Time to see what they have in store! 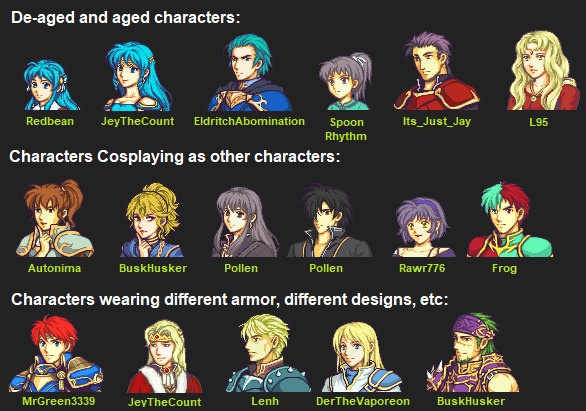 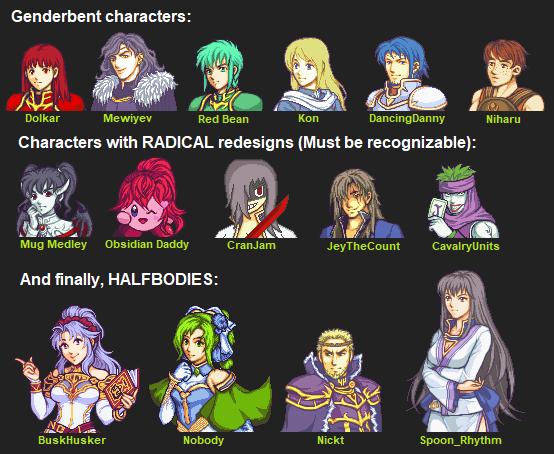 Here are the winners of the previous rounds:
Round One
Round Two
Round Three
Round Four
Round Five
Round Six
Round Seven
Round Eight
Round Nine
Round Ten
Here are some designs currently listed for each character.

Character 1: Klein from FE6. he has many mugs in the repo, so he’s good to know what could be made!

Character 2: Arete from FE14, She doesn’t have any custom mugs currently, Lets change that! Character 3: Zane/Harold/Riddell/Whatever from FE4, The most famous clone doesn’t even have a single mug available? We gotta build an army!

The deadline is on August 28th.

So I heard you people want Arete. So be it.
Behold, I present to ye:
The beautifull and scary Witch-Queen of Vala - Arete!

This is obviously impossible to actually import into the game. It’s just art for art’s sake.

So you want to actually use it? You ask, I provide: 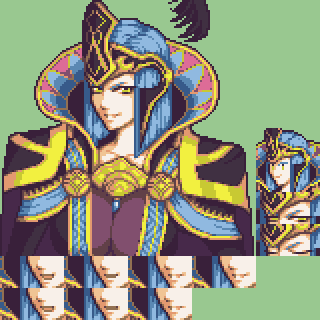 This is usable with the halfbody patch. Sadly, some colour depth had to be sacrifited for that. The plume also doesn’t fit, not really. Let’s remove it! 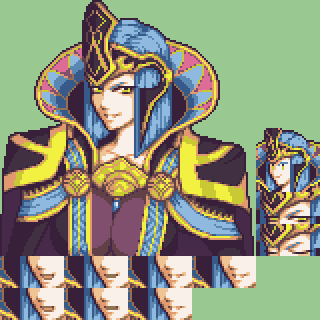 Exhibit 3 - Death to the plume.

Still, her hair ornament makes her look quite short in game. Let’s tackle that. 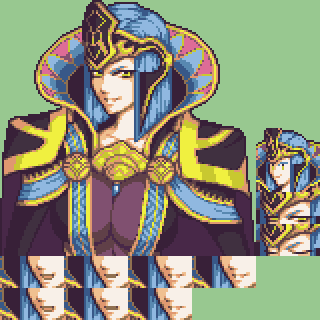 Exhibit 4 - She got taller now.

This is all for halfbodies. But let’s say you don’t want to be bound to two portraits on the screen and use the normal potrait? Well we might have an issue. 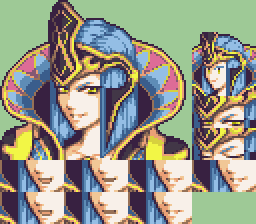 It looks fine, saldy it wont fit in the dreaded hackbox. For the uniniciated - hackbox limits the space that can be used iin a mug and that collar is way too big. Let’s see it: 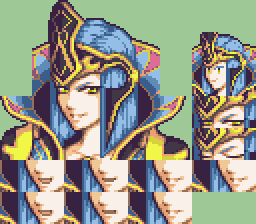 Yes, yes. Very sad. The choice now is to adjust the collar to fit. Let’s try it!

It’s passible. I don’t like it much tho. However, there’s a fix to our issue. Split her in half. Literally. 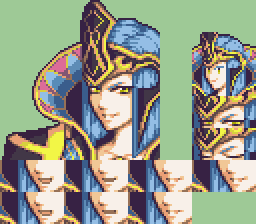 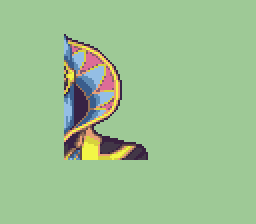 Ok, so how this trick works: If you put these two portraits sapareated by one space, it will make a whole portrait. Let’s finish it with making the height adjustment again: 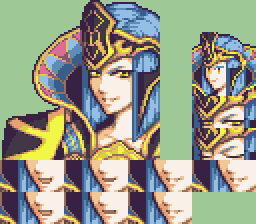 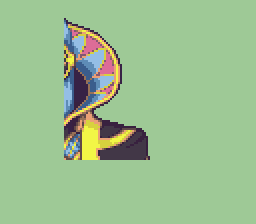 So, yeah. I think I got overly invested in that project lol. 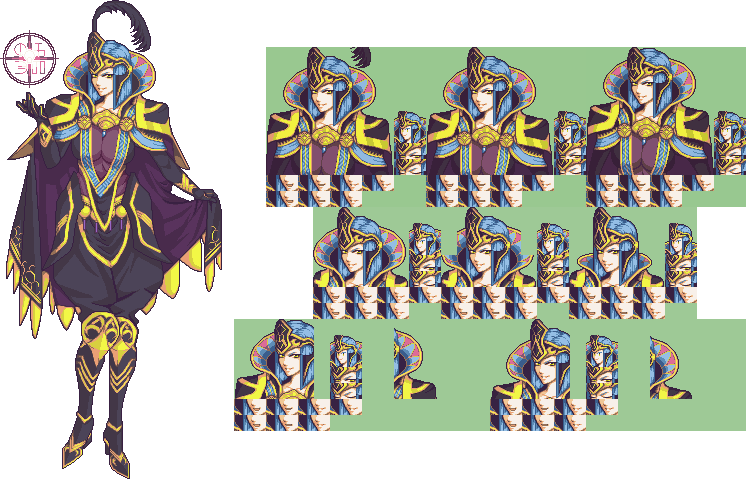 Ight so I’m literally submitting this before my classes start so mutlitasking >:D
Alright since I’m the one who picked Klein, I, of course, have goodies planned for him.

A small touchup to klein’s mug in FE 6 colors, FE 8 colors and FE 8 shading, spliced from Erk’s blinking frame
not what you were expecting? Well the Fullbody and Halfbody for him is quite underway sadly ‘-’ and since I also have school on the side, it may also be delayed,
Oh and have this spliced Zane as well. Information about his fullbody is classified (most likely not since I’m quite invested in Klein already soo-)

Edit: Plus the fullbody 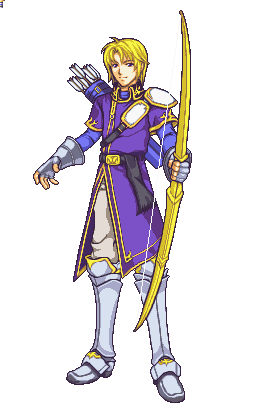 Hi! I’m not exactly a pro spriter and definitely won’t be winning this, but I figured I’d give it a shot anyway. Have a Zane. And also a Coruta, and a Harold, and a Magorn, and a Musar, and a Papilio, and a Ridale, and… hey! I see you over there in the mask! Wrong Xane!

EDIT: Figured I’d try to make an Arete as well. Didn’t come out as well as the Zanes, but here it is anyway. (Let’s just pretend it’s a redesign and not just the result of my limited splicing skills.)

EDIT 2: So, I made some decent Zanes and a really bad Arete. Now, having gotten a bit more practice in between, I’m here with a Klein! Now, we’ve already seen mage Klein, girl Klein, fullbody Klein, what other Klein can we get? Well, people always complain about archers lacking 1-2 range, and Klein’s had enough of them! Keeping his bow rank while also chucking hand axes, here’s Warrior Klein!

Wow you guys must of had these waiting, thats a lot of stuff done real quick

Wow you guys must of had these waiting, thats a lot of stuff done real quick

Indeed, I made it all in the downtime between contests.

looks like i have some catching up to do

Rule 5 is here so that you make stuff for the contest and not post stuff you already posted elsewhere. So that we get original art. No mention of working on it when you already know the topic.

Rule 5 is so that you don’t just post artwork you made before the contest was even announced. If you made JoeBlow42 a Klein for his hack last year, don’t post it here as a new creation. Though, if it hasn’t been added to the Repo yet, it would be fine to include it along with a different version of Klein, or something. Just mention you made it for JoeBlow42’s hack too.

Apologies if JoeBlow42 is a real person. I don’t care enough to check.

Figured I’d try to make an Arete as well. Didn’t come out as well as the Zanes, but here it is anyway. (Let’s just pretend it’s a redesign and not just the result of my limited splicing skills.)

when klein was following his father’s step

Super excited for my first character compounding. I will be contributing (for now) girl Klein. Klara? Klea? Klaria? Idk man she came out better than I expected thats what matters. 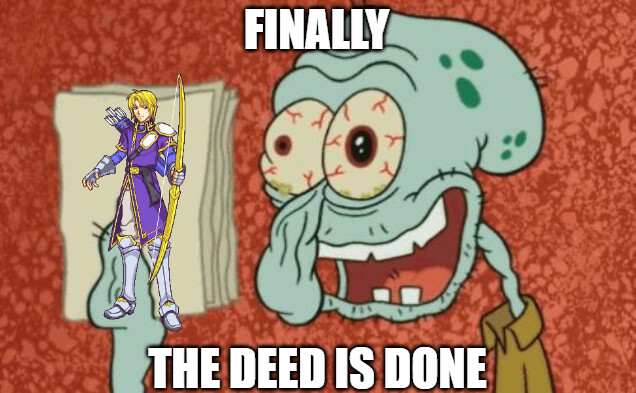 I shall now Hibernate for a set amount of time
Edit: Forgot to say this is F2E

did some casual splicing/editing because i’m far too lazy at the moment to make stuff from zero.
anyway, here’s an Hoshidan version of Arete:

not one of my best, but it’s alright i guess.
by the way, Jey’s and Plant’s full bodies are pretty damn good, epic work guys

someone did it first before me lol, i sprited a custom for the first time with a female klein

i’ll be making this free to use and free to edit.

Hey! Welcome! In order to get to the point of being able to share images, you need to show that you’re “active” enough by posting, replying, and generally visiting the site. if you haven’t already, go and make an Introduction post introducing yourself to everyone, as it both helps people get to know new members of the community and gets you closer to image/link posting rights. The activity threshold isn’t set very high, so it shouldn’t take too long after that to be able to share the image properly.

Nice F!Klein, by the way!

might as well keep active so i can post images and stuff. thanks, and cool arete dude!

Here, Tiltowait. I’ll post the image for you. You get image posting perms pretty quickly, like within 5 or 10 posts.