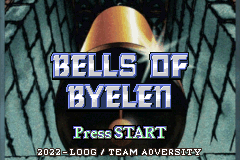 Hello everyone, I’m here to share a complete FE8 hack with fully written supports, Bells of Byelen. This release includes 24 chapters and 3 character selection interludes, similar to TRS. There are a total of 73 player units, with 60 in any given playthrough.

This is a telephone hack, similar to Call of the Armor by Team Distant Roads. After the completion of CotA, Team Adversity was formed primarily from this same group, along with a few new additions bringing us to 15 chapter creators. The premise was to create a telephone hack using FE5 mechanics and make an attempt at a more in-depth story, while also using a buildfile instead of FEBuilder.

These added complications increased the development time necessary, as it took us nearly a year to make the hack functionally complete. We then took 2.5~ months to polish the hack and create something more [complete], with a focus on writing a complete set of supports and updating aesthetics. Our development method followed the structure of CotA (more information in the CotA post), with some minor deviations, mentioned under “Operational Changes from CotA” if you’re interested. Detailed credits are in the same folder as the patch. 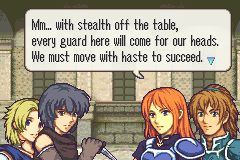 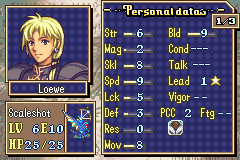 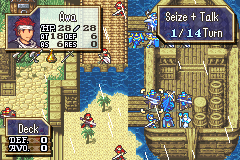 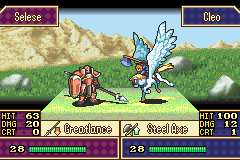 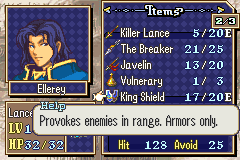 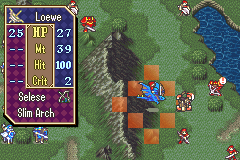 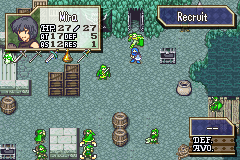 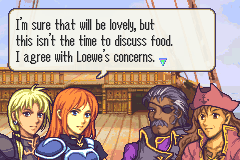 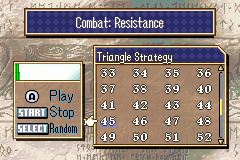 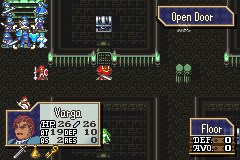 It’s been such a pleasure to be part of this project for the past year.

Big thanks to Loog for putting in major overtime to get this done and to the rest of the dedicated team to make this happen.

We hope you enjoy this labor of love.

I had a lot of fun playing and working on this hack! I definitely recommend you check it out!

neither would be a lie

anyways yeah big thanks to loog for running this, it was super fun to work on and I’m really happy with how it turned out

highly recommend if you like thracia, and even if you dont, this definitely keeps player and enemy stats more on level throughout than thracia could ever hope to do

Been a part of this team since just a couple months into development, really fantastic team with a lot of passion and drive towards making the game the best it could be. It was a blast to work for, and a blast to play. Big thanks to Loog for keeping the gears turning, and to the rest of the team for helping make such a cool project!

It feels incredible to see this actually come out–after having watched development since, practically inception. Congratulations to everybody in Team Adversity for working so hard on this and I’m glad I got to submit a unit and thoroughly playtest!
Hope everybody enjoys!

Loog did an awesome job with leading this project, play it just bc he’s epic tbh. Ig the hack is cool too, but that’s beside the point.

Seeing the way this hack has grown and progressed over the year has been such a roller coaster;
none of us expected the hack to take the twists and turns that it did, and I love it for that!
Thank you for letting me be a part of this project, it’s been so wonderful to work with all of you.

This was really fun to work on, and I’m very happy with how it turned out. I hope you all enjoy it as much as I have!

Congrats on the release. This hack look very fun and given my inclination to Thracia hijinks I’m likely to enjoy this hack a lot. That said I am left wondering about the state of asset usability. Since the buildfile is public it could be assumed that everything is f2u BUT assuming about these kinds of things is very risky so I am just going to ask. I’m not expecting a blanket answer obviously but I would like to know what original assets are open to use and which aren’t or which plan to be released in the future officially. Given the nature of this hack creation there’s likely much overlap when creating assets . This is also a good way to pool all inquiries on this topic as its bound to come up eventually.

Obligatory had a ton of fun working on this and it feels amazing to have it see the light of day, thanks to Loog for carrying this project like a champion and I hope everyone enjoys

Assuming you’re referring to graphics and the like such as portraits, beyond already f2u assets we have used from elsewhere, I imagine any assets made by users explicitly for the project that they intend to make f2u will be done by the creators individually, be it posted to the repo or otherwise, could be wrong though.

I added a disclaimer about the usage status under the buildfile tab, but as Kyrads said, by default nothing unique to the project is F2U. It’s primarily posted as reference material, since I found referencing other people’s buildfiles to be very helpful while learning how to use them myself.

Also, I uploaded a hotfix patch for a couple issues that slipped through testing, mostly minor graphical problems.