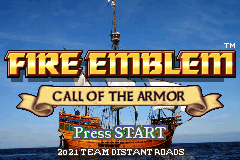 The final release is 20 gameplay chapters w/ 3 Tear Ring Saga inspired character selection interludes. You can play with up to 65 units total, and 50 in any single run of the hack.

This hack was built in ~4 months by a team of 14 chapter creators, dubbed Team Distant Roads. It took just under 4 months to complete our first draft, and then we spent a few weeks playtesting, rebalancing, and polishing as needed prior to posting a public release.

We created the hack by modifying the game ‘telephone’, in which players would pass a message to each other in a line, and the goal was to see how much the message would modify by the end of the chain.

Please read the sections below for more details about the hack and how we built this. 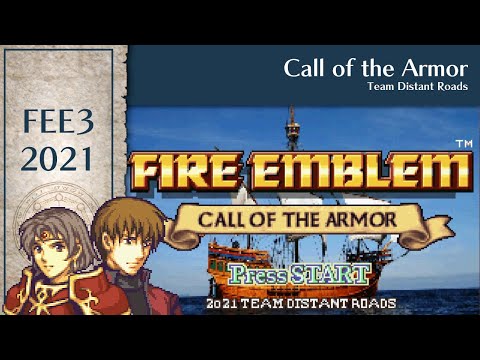 Scroll down here for Reverse Recruitment, lead by knabepicer

​Thanks all for taking a look at this. Please share your feedback and we hope you enjoy.​

Lastly, as a fun competition, see if you can guess who built each chapter - everyone here made 1-2 chapters. We’ll post a scoreboard in the first post after enough time has passed and you’ve made your guesses.

You can make your guesses here: Telephone Hack Predictions

I’ve had a lot of fun doing my parts on this EPIC hack. Hope you all have fun!

This hack was a treat to test, and I’m super happy that I have a unit in Interlude 2 (pick liam.) Thanks for this whole thing!

Inb4 someone complained about my chapter.
Other chapters are pretty cool though. Definitely would recommend.

It’s been a pleasure to watch this develop from an idea in my little hackrom server into it’s own full thing! I’m amazed with how high quality and cohesive it all turned out being, and it was also my pleasure to contribute an interlude unit, write a few convos, and playtest the later dev versions! CotA may be one of the most smooth playing hackroms in recent memory, and I think anyone who goes into it will have a good time. Things get wild, yo.

Really enjoyed being involved with this project, its been a blast and its amazing to see it go from start to finish. I hope everyone who plays enjoys themselves and I especially hope my chapter is decent lmao

This was a lot of fun and I was impressed by how effective decentralized ownership was in keeping everyone engaged in the project. There was no unilateral decision maker and everyone had ownership over their chapter(s) and characters, as well as how the story advanced.

I found the telephone format particularly effective for group projects and I hope to see others try the format on their own.

It really helped that we all aligned on the baseline classes and gameplay, as well as established rules we could point to if we came to any disagreements. I found that because we had a strong foundation, it enabled us to be creative within those bounds and make a cohesive experience.

I hope everyone plays it and shares their feedback. Big thank you to the team, contributors, F2U asset makers, and wizards who enabled us to put this together in such a short time.

It was a heck of a ride being on the dev team for this, lots of laughs, lots of lore, and absolutely 0 memes.

Anyways, everyone playing better use Zain or else I will say rude things about your mother.

Sees Floor
Hm yes, the Floor is made of chip damage

This was a super fun hack to make and I’m glad I was a part of it. It was really crazy to see how it evolved and changed over time.

I’ve been watching this develop in the past few months and I’m really happy to see it get off the ground and launch. I’m real proud of everybody who’s helped contribute to this, cause it’s been real fun in almost every way. Thanks once again for letting me submit an interlude character. Make sure to pick Arkell in Interlude II!!

I don’t deserve that much credit - this was a big team effort and my contributions were relatively small. 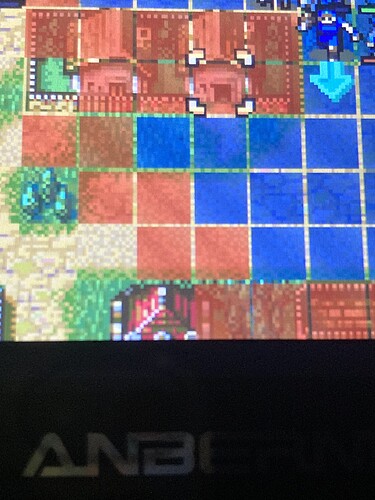 Is this tan house supposed to be visitable in chapter 5? My Pegasus unit is the only who can successfully land on the door tile but there is no visit option. Just wondering if this was intentional since the house appears to have its gates open for an event to occur there