Everything here is free to use and modify.
Credit is not mandatory, just don’t take my stuff and claim you’re the one that made it.
Everything here is for FE8.
With the exception of MurderSticks, every hack here was written in C with Stan’s FE-CLIB and converted to EA format with lyn. If you want to modify/recompile a hack here you’ll need both.

Ever wanted to include arenas in your hack, but didn’t want people abusing them to max units out?

Ever wanted to include offensive staves in your hack?

Ever wanted to change a chapter’s objective or its turn limit through events?

Ever wanted a little more 776 in your 8? Or just liked the idea of leadership stars?

Wouldn’t it be nice if you could just type like normal and the game would insert newlines for you? What if it could calculate how long sentences are, and intelligently place newlines and A presses to keep them together on the same text box?

Ever wish you could make enemy autolevels less random? Ever wondered why promoted enemies have way higher stats in hard mode?

Quick questions, can the level of the arena limit chapters?

With the Arena Limit hack, the limit is the same for unpromoted and promoted units?

Currently yes, though I might change that later. Not 100% sure how I’d want to handle promoted units yet.

Most things regarding level treat promoted as a static +20

But I’m not sure how you’d communicate that information to the player. Shame the brown text box is so limited.

How about that check promoted unit ability of class?

Checking if a unit is promoted or not is easy, yeah. 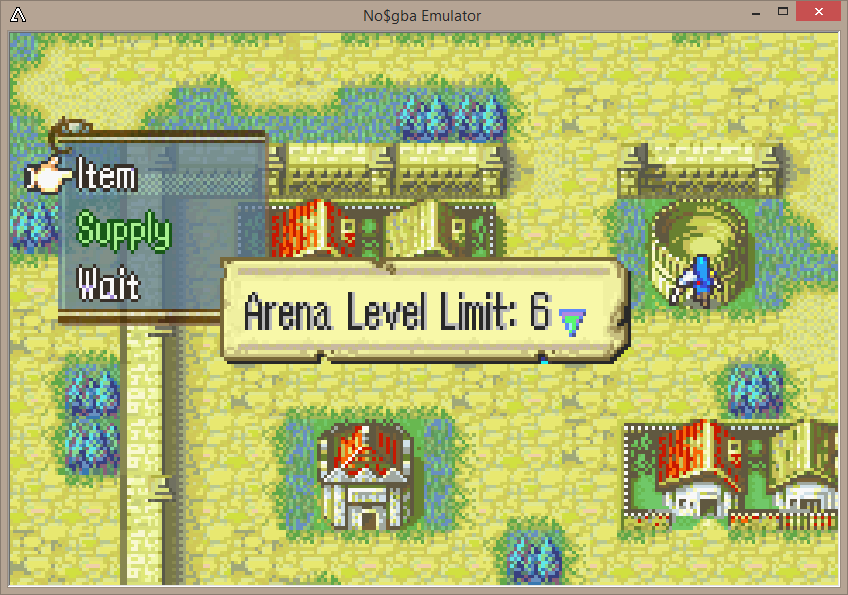 Hmm, if I switch over to using this text box I should have a lot more room.

Then I could say something like:
Arena Level Limit: 6
Promoted units not allowed.

(or whatever, the strings would be changeable to your liking)

New version now. Installation is the same as before, just a couple new text strings that you can change if you feel like it. 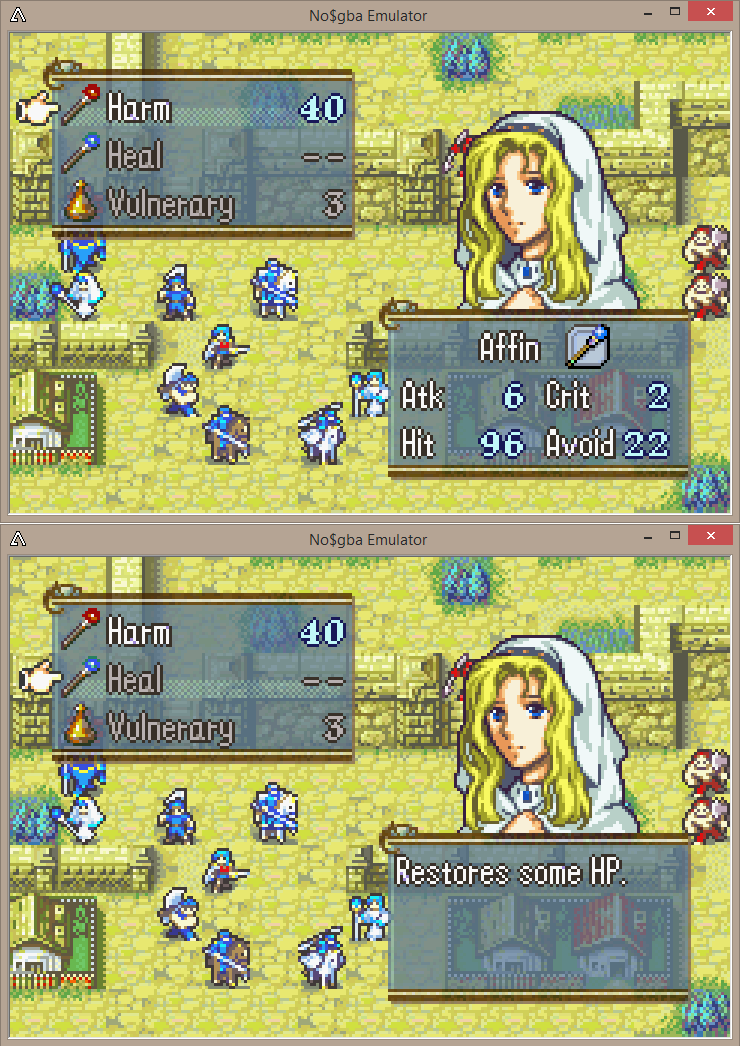 This hack fixes that problem.

Note that unless you modify the default priest/cleric animations (they need to have the right code to wait for the enemy’s HP to deplete), trying to play attack animations for them softlocks the game. So I’ve included fixed versions of those animations in the zip (made with Animation Assembler). So just #include those ontop of the Installer.event and you’re good to go.

Hey. How would I go about adding the additional animation events to FEBuilder?

I do not use FEBuilder (at least in the sense of modifying ROMs with it), so I don’t know.

Fortunately it’s a simple fix, and I assume FEBuilder can just edit the animations itself. Go to 0x7F and 0x80 of the battle animations, and insert the ‘wait for HP to deplete’ code before the ‘begin opponent’s turn’ code (I put it one frame before). Do this for every ‘attack’ mode (you don’t have to change the dodges).

Thank You so much! Been wondering how to add staff attack animations for Priests and Clerics for the longest.

Ever wanted to change a chapter’s objective through some event, and been told you had to make a copy of the map and use LOMA? Well, that’s too clunky for me and I have the power to fix it, so…

This hack allows you to change chapter objective text through events. Installation is simple - just #include the Installer.event, then use the provided SetChapterObjectiveText(textid, textid2) macro in your events as necessary. The first text ID is the short objective (the one shown on the map itself), the second one is the longer objective text (shown in the prep screen and status screen).

This stores the new textIDs to be read in trap data. It shouldn’t conflict with any other hacks, unless they also use trap type ID 0xEF. And if that does happen, I can just change the id to something else. If you don’t use SetChapterObjectiveText, it just reads the values from chapter data like in vanilla.

This was written in C with Stan’s FE-CLib. Special thanks to Leonarth for providing multiple suggestions (storing the new textIDs in trap data), and Stan for catching a bug before I posted this.

Thank you for making this, it’s amazing.

Don’t like the music changing when there’s only one enemy left? Well, I know I don’t.

Does nop-ing a single opcode count as a hack? I don’t know, but either way, here you go: