Looks like this was a bug, wrong event was set here - we moved houses to bring the first red house closer to the starting position late in dev and we missed this. Thanks for reporting.

Put out a new hotfix patch available in the link above (Thanks to Loog & Mint for doing most of the fixes).

Thanks everyone for playing, reporting issues, and sharing feedback.

Played through the whole hack in 2 days, had a lot of fun!

I ran into one pretty annoying bug, namely that Strontium disappeared from my character list after Ch17 (and with him both of my S rank swords).

Other than that I’m pretty impressed with how consistent the gameplay/maps felt.
The story was a bit jumpy, especially at the start, but served its purpose well enough.

Overall a ton of fun, I’d love a hard mode revision of this hack, in case you’re going to work more on it. But with the possible unit choices and iron man friendliness it already has decent replayability I’d say. 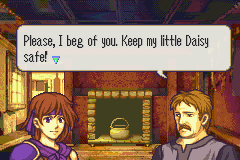 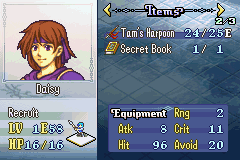 I ran into one pretty annoying bug, namely that Strontium disappeared from my character list after Ch17 (and with him both of my S rank swords).

Thanks for playing - the feedback is helpful since the team wants to continue improving the project.

As for Ch17, did you notice he was gone in preps in Ch18, or did you deploy him in Ch17 and he disappeared throughout? Want to see if we can isolate the problem area. Thanks.

Also wonder if this was fixed in the most recent hotfix patch - if you have your ch17 save, can you retry with the new patch and see if he still vanishes?

Ah sorry for not being more specific, I deployed him in Ch17(and he didn’t die), but was gone from my unit list in the preps of Ch18. I don’t have the Ch17 save anymore. He also didn’t get an ending slide.

Got it - that’s helpful. May have to do w/ how Ch18 is set up since it has a lot of funky eventing. Will check in with the crew to see if anyone can identify the issue.

No worries - thanks again for sharing and giving this a try.

EDIT: Loog was able to fix this. Should be good now.

Thats a fun idea, look forward to checking this out

Is there a recruitment guide? I’m liking the hack so far btw.

Hey, I just got into your hack and I gotta say, I liked the first two chapters so far. Here’s a screenshot of one of the characters so far in my playthrough. 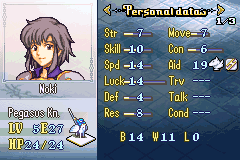 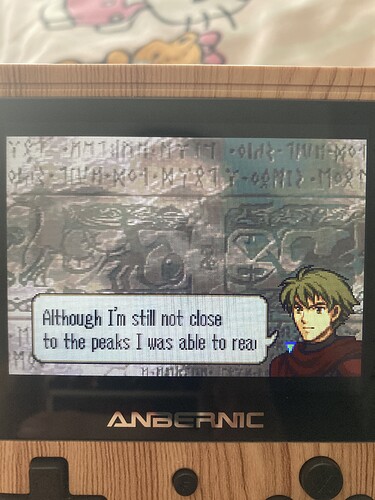 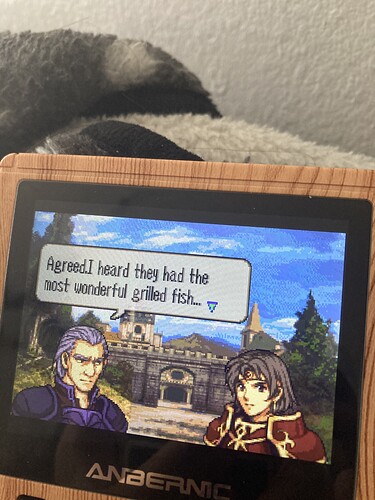 How to recruit zain btw

All the recruitments are super straight-forward. Just play FE like you normally would. Visit every house and pay attention to the story and you shouldn’t miss any recruitables.

Same problem here. Can’t recruit him after letting Kuijia and Uyama talk to him. Anyone has any solutions?

I think he gets recruited in a later chapter (18 i think) if he survives and you talk to him with Kuijia (i think you also need to pay gold, forget how much)

I’m using VBA and my game crashed on when started chapter 19. Any way I can fix this? I made an account just to get this fixed so i can continue the game. Its not too bad btw wish there were actual supports done but its a pretty solid game

What point did it crash at in chapter 19’s events?

Edit: i just restarted the game and avoided Zain and completed the game,

The beginning story felt rough and like there were pieces missing but after a while it started to flow nicely into 1 story, 1 SIDE STORY that is.
This didnt feel like a main story at all to me.
The difficulty was fine until the end and then became hardish.

All in all ty for this short hack, i passed the time with it.

Excited to see the conclusion of this showdown.