Elibean Nights is a fan-made “sequel” to Fire Emblem: Blazing Sword. The game follows the stories of Blazing Sword’s cast between the end of Blazing Sword and the beginning of its Japanese-only follow-up, Fire Emblem: Binding Blade. It was originally inspired by the BSFE games and my personal reading of the One Thousand and One Nights collection of short stories (hence the title).

The story centers around several different “tales,” which are are similar to a standard Fire Emblem chapter. The main difference, however, is that each tale is completely independent. The cast of the first tale will not carry over into the second, and while some do link together with overlapping storylines, the plots are independent of each other. At the center of the game is a hub, the “Tale Select,” which also grants access to view Achievements, access Bonus Content, modify support pairings via Matchmaker, toggle the difficulty settings, and, of course, choose a tale to play/replay.

The classic Fire Emblem elements are all intact. Each unit has a personality and a story which contributes their unique characteristics to the overall tale. Although unit deaths are not permanent (if a unit dies in a tale, when you replay that tale the character will return), the tactical choices you make have an effect on the outcome of the stories. All of Blazing Sword’s surviving playable cast (and some of its non-playable cast) make an appearance, with some guest appearances by Binding Blade and Immortal Sword characters and a few original characters added to the mix.

Elibean Nights Director’s Cut features a total of 19 playable maps, 15 unlockable achievements, 14 unlockable bonus cutscenes, and plenty of new story content. The ability to modify support pairings via the Matchmaker feature creates a dynamic experience, impacting the storytelling and the party composition of each tale. 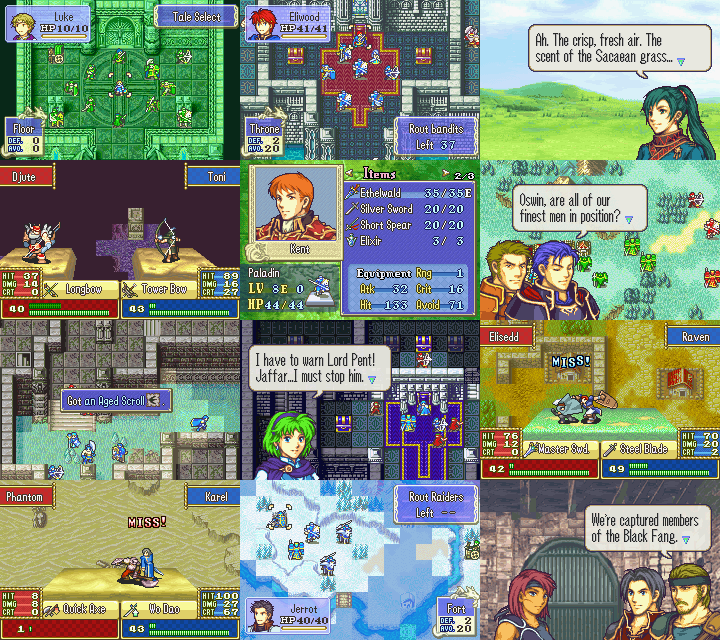 32 Likes
Easy Mode For Elibean Nights?
Let's Play: Elibean Nights
The Impact of FEBuilder
Denizens of FEU, why do you hack?
The Under
The Fire Emblem Fangame Directory [Please add your own hacks!]
Fire Emblem Enhancement Patches public release(currently FE6,7,8,EN and partially FE1) - Currently closed for renovations in the next few months
Arch June 13, 2014, 1:22am #2

Hopefully this goes better than last time, hahah. All eight tales are unlocked from the get-go (I might just keep that for the final patch), with all four gaides unlockable (hints provided if you didn’t get them the first time). Special patch with the final tale included will be given out to people who give me a bug report for every single tale. I’m counting on the hope that people dedicated enough to do that won’t spoil the finale. It’d be easier to keep track of if they were just posted here, but any method of getting them to me is fine.

.sav files for glitches are greatly appreciated if possible!

And also I decided not to force y’all to make accounts by making it an attachment, but I’d still appreciate some support for the new forum! We’re tryna build a hacking oasis, but we obviously need people to do that.

The crossouts are for my own personal reference. I’ll sort it into “fixed” and “not fixed” when I update the patch.

I would gladly betatest, but I’ll be needing a non-hacked title screen or title screenless version for that. ;__;

Another, much less optimized GBA emulator has come out for the Pandora system, and while original FE7 runs smoothly with it apart from the main menu (skipping maybe half of the frames), EN has noticeable slowdown with menu needing frameskip 4-5 and in-game at least two. All other hacks work wonderfully well even with TV out and filtering/smoothing using the more popular gbSP emulator on the system, but as mentioned earlier it crashes on title screen for EN.

Let me know if that solves your problems.

In Rath’s Tale, Niime’s Grimoire tome doesnt work and apparently there is a Lyn NPC that is off the map near Prasad and is easily killed resulting in a Game Over. Whenever Prasad attacks Lyn the screen bugs out as well. (Photo included on a comment on the Facebook page)

Oh nice, yes it does. Time to play some EN after months of waiting~

By the way, with the very dark background of the… Whatever this system is called, I find the yellow box that appears with white text whenever I’m replying to be highly distracting. Please change the color to something that does not pop out quite as much, for I would like to be able to read the text there. (and only now noticed it only appears twice but whatever, tee-hee)

Anyway, I’ll be back with a detailed list of impressions, bugs and any glitchy things that may or may not be fixable.

A hint of things to come for the next patch.

Credits to @Siuloir for the composition and @Agro for making it sound bitchin’.

Patch will be updated by tomorrow night (I’m pacific time, btw). Thanks all for helping me scout for glitches!

Ooh, sweet arrangement guys, well done! btw Arch do you want me to betatest Zephiel’s tale too when you send me it?

In the meantime I’ve updated the master bug list with everything that’s been reported so far. Just gotta keep pecking away. Had a pretty intense debugging session tonight for that infinite HP gain glitch and the shop weapon icon shenanigans (tl;dr, hextator fucked up on the “fix” patch).

Astor’s description in the bonus content map says he’s a deceased Archsage. Who knew?
Edit: In Eliwood’s tale in the opening event Natalie say’s “There’s you explanation right there, Sir Marcus.”
You’re missing on ‘r’ on you.

Hahah. The only reason for the quintessence and Eliwood!Emperor was so I could get this screenshot for my tutorial: 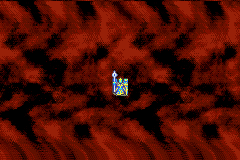 Also, I’m not sure if this is intentional or not but I was able to access the ‘Bonus Content’ map by talking to Archibald before doing any other tale. His dialogue says it’ll be in the final release though so maybe it’s not a big deal? I wasn’t able to access it after completing Eliwood’s tale (the first one I did).

Edit: oh, and during the Eliwood vs. Warner convo their portraits are on the wrong sides (Eliwood is on the left and Warner is on the right when it should be the other way around).

Been brainstorming a bit now that I’ve gotten back into the swing of things. I was inspired by my loving nephew @dancer_A, who asked “what was new” about this final version of the game. And it was pretty much just all technical stuff and tying together what was unfinished.

So yeah, feedbacks are of course appreciated.

lotta nice ideas here. i like all the bonus tale ideas the most though really, though the shops and other stuff looks neat too. have fun implementing everything bug free though.

So I realized today that the first patch for Elibian Nights was posted on 16 August 2010.

I keep realizing how old things are when I look at their original post dates. It scares me.

I believe someone said this somewhere, but as I couldn’t notice it from the bug list - a bandit attacking with the Short Axe (happened in 1x) softlocks the game; I’d guess turning anims off is a way around the issue.