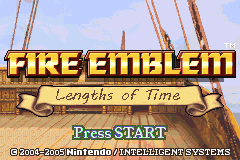 Excited to share a new project I started working on recently, titled Fire Emblem: Lengths of Time. This is a sequel to Vision Quest.

The current release is intended to be played through Ch6 (7 total chapters).

However, you can play through Ch12 (15 total chapters), albeit everything post Ch6 is not well-tested and you are more likely to encounter bugs since I haven’t played some of the maps yet. I plan to work on this more down the road.

The game is balanced around Hard Mode, but you can play any mode without issue. Normal and Easy mode only changes the number of autolevels, reducing enemy stats accordingly.

Note that the images below show the game as it exists today, and every element of the game is subject to change as the team and I get around to it, as well as from feedback.

My view is that even if I never get around to making another update, I want to keep a public record of what the team and I have put together so far. 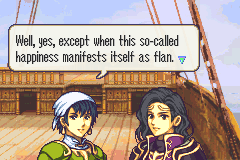 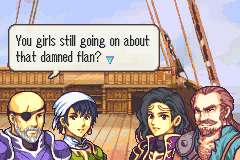 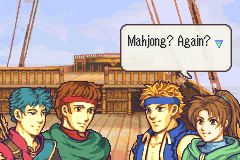 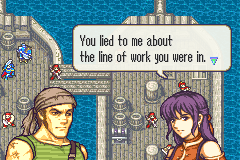 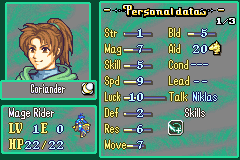 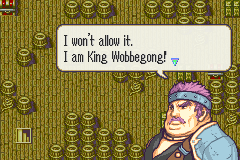 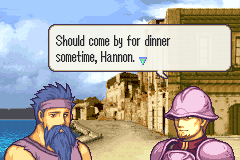 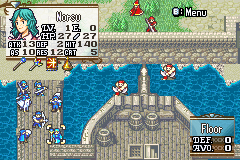 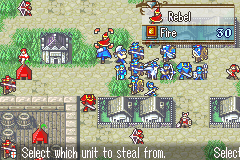 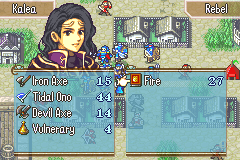 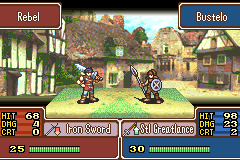 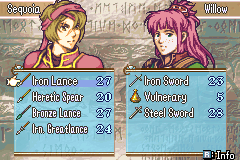 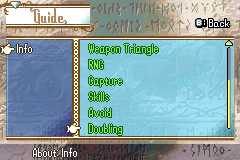 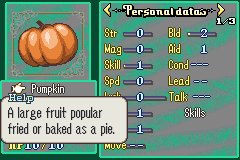 Lastly, I want to give a big thank you to everyone on the team who supported this release. I’m really fortunate to have many fantastic people in the community support the project and encourage me to hack, and the project would not be as pretty or thoughtful without your contributions. It really means a lot to me and I don’t think I can ever properly express how grateful I am.

Reserving this space for later if needed.

If VQ is so good why isn’t there VQ2?
VQ2:
In all seriousness, FE5 mechanics without FE5 maps is awesome.

Is that an older Duck I see?!

Extremely excited to demo this.

It’s finally here ^.^ excited to finally see what you’ve been cooking up. Congrats on the release!

Aw man, the first public build gets released right as I have to head out for a while, I’ll be sure to play when I return though!

Congrats on the release!!! I’ll make time to play this later, best of luck.

Does Vision Quest deserves a sequel? The answer is right here. I was looking forward for this hack to come and I saw it on one of Mageknight404’s streams on for FEE3 and a sneak peek screenshot in one of SnakeMomMelissa’s streams. As for the Dream of Five inspired part, I have a feeling that slow experience gains and enemies with low levels would be an experience for me in the near future, don’t know if my opinion for it would change, but would be great to play it one day.

Since this is a sequel to Vision Quest, when will the time we meet our former allies from Vision Quest to be either our enemy or ally. Only time will tell.

absolutely poggers sequel!
If you ever need icons, hit me up!

Need I say it?

Yessss the reveal at last! The hype! Cannot recommend this enough, I think its a major step up from VQ and I hope people enjoy it!

So excited about this!

I’m so going to use Duck and make sure he won’t fall off mwhahahaha.

I’m very looking forward to this project and am excited what you’ll do with the Thracia mechanics. And who else we’re going to see again.

Thanks everyone. Will keep this thread posted w/ updates as I make them.

Here is the FEE3 video that showcases chapter 1: 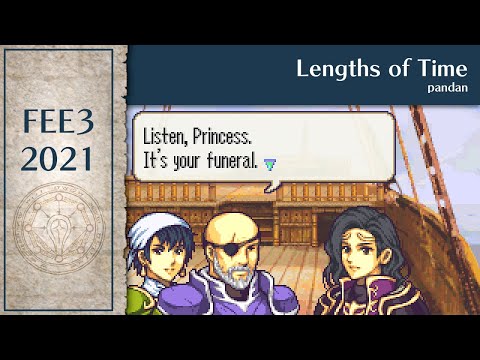 I originally wanted to do another chapter later in the project that was more in-depth, but felt that given how the mechanics were different, that it would be best to start from the beginning for me to see how easy it would be to pick up.

player stats are super samey again. i’d prefer if you remedy this somehow, because it does result in a pretty sluggish pace. niklas and miles are just two copies or arckady. now, i don’t know what your opinion on arckady is, but the general consensus is that he’s just not fun to use no matter if he gets good levels or not. you should strive to avoid this in the future.

tidal ono is not very useful. like at all. it usually deals less damage to soldiers than an iron axe.

enemies with stats like these giving twenty-ish exp because of their relatively lower level is kind of annoying. 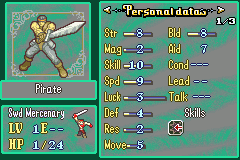 i understand that you wish to make doubling rare, but should it really be non-existent? chiasa needs +2 speed to double anything. as a myrmidon.

and with the usual vq hp inflation, enemies starting with an even weaker than usual weapon type is pretty ridiculous.

i did enjoy this so far, contrary to what the rest of my message might convey. i hope you take this to heart and wish you a good rest of your day.

Thanks for sharing - yeah, thinking of what to do w/ Chiasa. Will prob buff her BLD / give her a new weapon since I overestimated how much people would care about a good WRank and some nifty swords early.

The game is a slow grind and I suspect differentiation will emerge the deeper into the game you get.

LMK how the rest goes when you get around to it.

I posted a quick hotfix patch. Fixes a few small errors that were reported to me so far. Thanks again for sharing. This will be the last update I make to this patch.

I decided that I am going to attempt to port to buildfiles.

The biggest practical reasons are for ease of collaboration, tech, and flexibility. I’ve been messing around with buildfiles on the side (big thank you to Loog, Pikmin1211, and Stan for showing me the ropes), and feel a bit more confident switching over.

Additionally, I’ve realized that 1) the hacking community has changed and the bar for quality continues to increase. I’m pretty blown away by FEE3 and playing some of the newer projects and seeing what they are able to achieve.

When I started VQ, there were few [complete] hacks and creating a finished product was a big motivator for me. Having done this, I’ve realized I’m now more interested in experimentation and trying to create a different kind of game, even if I never fully finish it.

Secondly, I want to learn something new. Learning is dope and I want to get better at the art of hacking.

We’ll see how far I get. Thanks everyone for the support and warm reception to the demo.

Sun God’s Wrath is a good example of using Buildfiles and I think that Blademaster might help you out with learning the ropes and might help you make Lengths of Time flexible than before. Wish you luck on the project.