Well this is a coincidence, because I come bearing FE7 stairs.

Assume everything is for FE8 (though if you need something for FE7, I’d probably be happy to adapt it.

Let me know if you encounter any problems, something needs clarification, or if I forgot something.

Remember when I had this in the OP?

That’s pretty dumb, so I made a version that is not hardcoded and is hopefully easy to use.

As always, I’d be happy to clarify something, and let me know if you encounter any issues!

Assume everything is for FE8 (though if you need something for FE7, I’d probably be happy to adapt it.

Okay then. Would you be able to convert the Anima Magic Triangle to FE7? I want to use it in a mod I’m doing.

This has some pretty great stuff.

Would you be able to convert the Anima Magic Triangle to FE7?

Sure. I’m not sure when I may get around to it, but I’ll definitely add it to my to-do list.

Modular EXP
This replaces what was Double EXP, which was extremely limited.

What does this do for you? You can define a multiplier or a divisor for EXP based on many conditions, including character, class, enemy’s class, weapon wielded, chapter, and event ID.

That’s it. Let me know of course if you find any bugs or problems of if you have any suggestions.

Poison Rework
Tired of how inconsequential poison is? This should allow you to both define it how you wish and make it more meaningful.

This ASM does three things.

Now go and spread your lethal poison to all corners of Magvel! (or whatever) 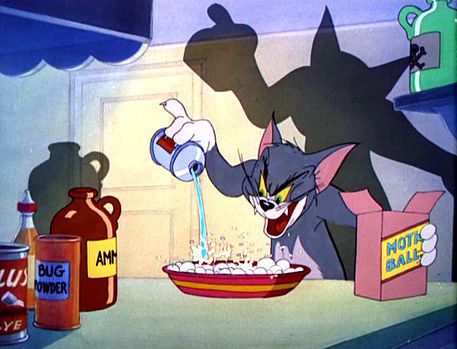 I feel like Poison should increment after DoT ticks instead of decrement. Or there should be at least a separate Poison that does do that if you feel like there’s a poison that is naturally able to be recovered from without an antidote.

Otherwise, I would think you’d get sicker and weaker if it’s left alone to ravage your body. Plus it makes it waaaay more dangerous. (Bonus points if you can make it so Poisoned units cannot have their HP healed.)

Outside of that, this is super neat.

Fixed a bug in Poison Rework where it would sometimes apply 0 poison and forever deal 0 damage each turn.

I’ve also almost completely overhauled Level Up ASM (no empy level ups) because that shit was BAD. I’ve fixed a bunch of minute bugs in it and heavily optimized it. It still conflicts with the skill system, but I’m planning on fixing that in all of my projects at the same time soon.

Okay then. Would you be able to convert the Anima Magic Triangle to FE7? I want to use it in a mod I’m doing.

Also I haven’t forgotten about this. I’ve just been super busy lately. Are you still wanting this, @chronoquairium ?

Yeah, I’m still hoping for that. 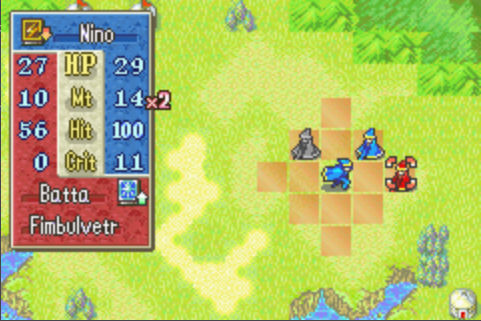 Same installation as before. Just use the files in “FE7AnimaTriangle” instead.

Curious question but could this be done across the board for all tomes to have its own internal triangle on top of standard?

Is the Anima Triangle ASM supposed to clash with the Skill System Patch?

I patched both of them into a clean FE8 rom, but then when I tried to test the new rom, VBA got softlocked because the initial Seth vs. Valter cutscene wouldn’t start (and even if I removed it, trying to start any combat would just softlock the game) and no$gba just crashed.

I tried to patch them both in different orders, but it doesn’t change anything.

Both patches seem to work properly on their own, but combining them seems to just fuck up the rom, which I’m not sure is supposed to happen, since FEBuilder doesn’t list them as conflicting patches and because I’ve seen hacks with both Skill System and Anima Triangle in place.

Is the Anima Triangle ASM supposed to clash with the Skill System Patch?

I believe- actually I know that Anima Triangle conflicts with the somewhat recent skill addition, Tri-Adept. You should be able to get around this by not installing that skill. This is another conflict that I need to handle.

Curious question but could this be done across the board for all tomes to have its own internal triangle on top of standard?

Could you elaborate on this?

My question would be like when you were able to create a triangle within the anima table of magic. Could it also be transplanted into the light magic and dark magic table as well?

Sure. All my ASM does is check if the current weapons used match what’s defined as fire, thunder, or wind based off of lists of item IDs and set WTA accordingly. There’s no reason why this concept couldn’t be applied to different tomes.

This will allow you to easily edit the menu options in the prep screen. In vanilla, these are loaded in a somewhat hardcoded fashion, but this includes some ASM and a CSV that allows you to edit and conditionally change these items.

No go and make a base convo system… or maybe prevent the player from viewing the map in a prep screen for a chapter.

Firstly, I’ve updated ModularEXP to support EXP from staves. The way staff EXP is handled is completely different from combat, so another routine has been added to handle that. No need to change the installation method whatsoever, just redownload the .asm and .elf files.

Also, I’ve slightly modified how 0 EXP is handled. The routine will always output a number between 1 and 100 inclusive… UNLESS you multiply by 0 at some point. This means that if you want to conditionally eliminate EXP gain, you can multiply by 0.
Let me know if you find any bugs!

Secondly, I figured I may as well post something I’ve been sitting on for a while.
Do you use buildfiles? Do you detest PFinder?
Well I’ve uploaded “Repointers.event” which can be #incuded to repoint all of the major data tables… or use it as documentation or something.

Let me know if there are tables I’m missing.
This is very similar to the file I use to repoint everything for LoA, so it’s pretty well tested. If it does cause problems, however, don’t hesitate to let me know!