I’ll be making a new post later today once I get this fixed, was hoping to avoid ever having to do this but here we are

EDIT: For now, anyone with any of my maps utilizing this tileset can disable tileset animations on all maps with this until further notice. Is fine tho, I’ll get to it slowly.

Hey remember when I said I’d get this fixed?

I’m going to need to do some serious work if I even get around to doing it. Big issues being that all of the water doesn’t load right thanks to custom cliffs.

My main fix will probably be to fully revert the water tiles. This will be hell. I will see what I can do, though.

Thanks to Flasuban for doing this for me after mentioning that I posted this in passing. even if it did take 6 months.

Animations should work just fine with this, but be cautious about replacing existing animations as they break everything else.

Hopefully one of the last updates I’ll ever have to do for this, not because I don’t want to improve it but because the tileset is rather full and still kept most all of its aesthetic charm! 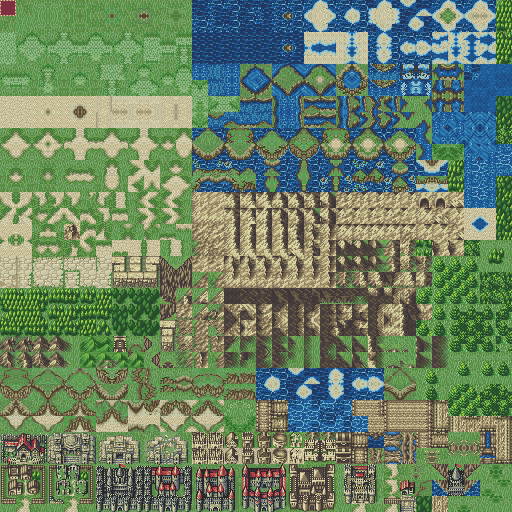 AND FOG! I forgot to add Fog last time I did tilesets, which I don’t understand considering I’m a workaholic who loves suffering. So now I’ve added it to the main four palettes - Aquamarine, Green, Autumnal and the Thracian Purple based off Thracia’s Ch.12.

Palette Comparisons + Fog2048×960 914 KB
Here they are, based off an example map I’ve been working on - a recreation of a Thracia map. This marks my eventual descent into insanity as I begin to remake Thracia from the ground up. /s

Also, please note that the Purple Thracia palette’s fog is meant for Darkness, as that’s what it looked best for at the time.

Enjoy, and happy mapping and stuff its 12:56 am sorry for abrupt post end

I had to delete some road tiles from the tileset to make room, but I kept general shapes. It wasn’t worth having ugly tiles around imo, and there’s still several road tiles in place.

Not nearly as important as the previous update, but still an important one: Fields Village. 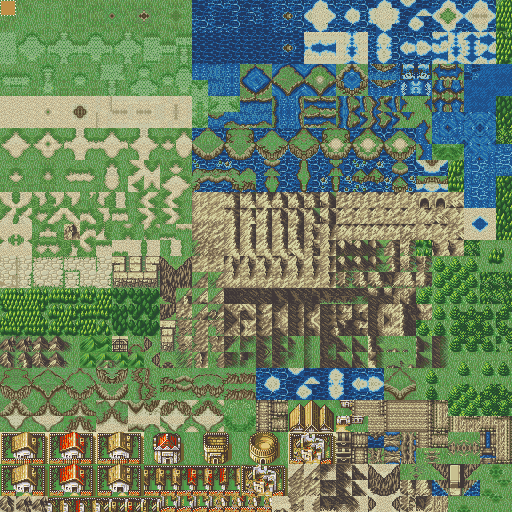 Three variants - Aquamarine, Green, and Autumnal - are included, along with the requisite Fog palettes.

Instead of working on an entirely separate Village tileset I decided it would be miles easier for someone like me to just put the Village houses in my Fields. Doors, horizontal and vertical, help out. I also added Sand Cliffs and Sand Peaks, which I’ll add to my normal fields (the cliffs) when I return to mapping in a while.

Gonna be taking a short break - but I’ll post more on it in my FEU thread. 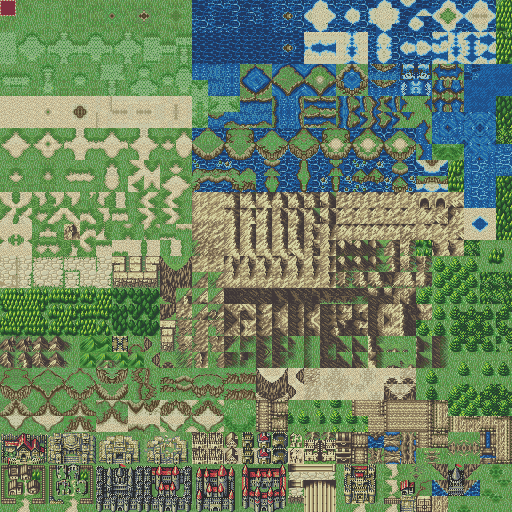 Hey look, I added a bunch of cool things. Several of the Lake Sand, Deeps, and a castle were all either unused, very rarely used or terrible looking, so I scrapped them in exchange for adding more detailing. As such, we now can have some stairs, a little ledge, sand cliffs, and some sand detailing. I also cleaned up several of the errors in the Mapchip Config (several Bridges were listed as Cliff or Water.)