Hello, I’m Slowpoke and a while back I released my attempt at refurbishing Fire Emblem the Binding Blade with the help of the incredible spriter @Smug_Mug who generously allowed me to utilize her sprites in for this project. Now the project is at its conclusion where I am fully satisfied with what I have created, and while yes, it may have some FE 6 such as semi hard recruitments in the Western Isles (adding more events for recruiting crashed the builder) and stuff like the infamous gaiden of Sacae, I still feel like this is a great way to play FE 6, taking the base of the original and improving it to feel more fun and fair to play. Big features include amazing spritework done by @Smug_Mug along with a few other freebies that have been credited in the credits along with slightly more leniency in promo items, promoting thieves, Roy promoing in ch 13 into Great Lord, slight tweeks to certain maps, making supports not take 100 turns lol, nerf to throne avo and buff to axe hit (dw the early game isn’t stupid hard I tweaked the enemies) 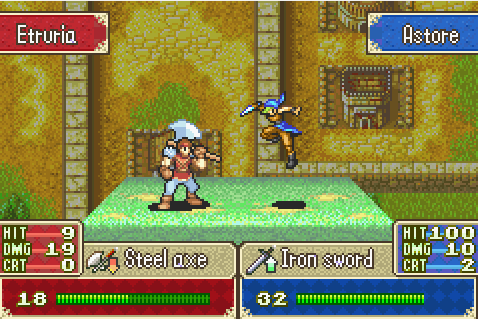 and many small improvements across the board in order to make it more fun while still retaining the difficulty and fun of base FE 6. Do bear in mind that this is a refurbishment not a full on remake so no one is getting big buffs or personals or whatever, it only polishes the game to where it is more enjoyable while keeping the base experience mostly the same. Thank all of you guys so much for this and while I’m taking a break from the modding community for a little while because my second semester of high school sophomore year begins tomorrow, but stay tuned for my next project which is in development. Thank all of you guys so much and have a great day
(Dropbox) Dropbox - FE 6 Refurbished 2.0 Apply to clean Japanese FE 6 Rom - Simplify your life 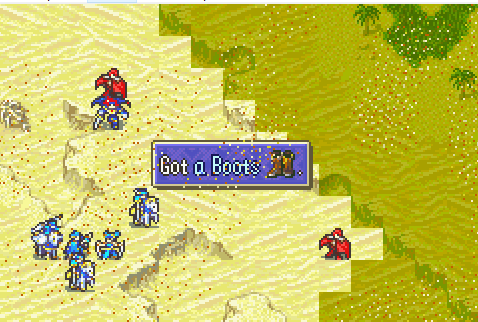 I saw some comments asking, a full changelog along with credits is in the dropbox link so check it out
Known Bug (some were patched out in a hotfix I made on 1/28 after discovery, you can apply the new patch, transfer saves, and all unlisted bugs will be fixed)
Nomad Trooper Short Bow animation causes game crash on specific emulators for unknown reason

Could you consider making a changelog?

But yea in all seriousness a changelog might be nice to have. It doesnt need every last +1 Skill buff, but the big stuff is best documented at the least

There is a change log in the Dropbox dw

Oh quick question, wouldn’t it make more sense to put the new guiding ring in the C12 Whip chest so you can give tate a whip? Super minor thing ofc

eh, I wanted to put all of them on characters to reward players for obtaining them, like a little bonus rather then a freebie. Thats just a personal thing but idk I feel like it gives better feel because instead of getting it for free, you are rewarded for deploying unconventional potentially untrained characters (Noah, Sue, Clarine) and for that risk you get the reward of an earlier promo item and a character, but thats just my philosophy on it, ty for the suggestion though.

Np man, I prob should have named the Dropbox to be more clear

Hey I was just browsing FEU and I noticed there was an FE6 Refurbished, this one and was wondering if these were the same thing, with just this version being the superior version or what?

thats the same one, I just reposted it since this is the final update I’ll be doing for it. The link leads to the same dropbox and all that, but this is the definitive and final (hopefully no bugs I’ll have to fix) version

Bruh Is there any way to recruite Treck.He Just dies everytime when shows they just gang up on him & he dies before he can even move.

You can recruit him the exact same way as in original fe 6. I’d suggest marcus with an axe to lead the charge and making way for Roy to recruit Zealot who recruits both Noah and Treck

He still dies those wyverns are a nightmare. 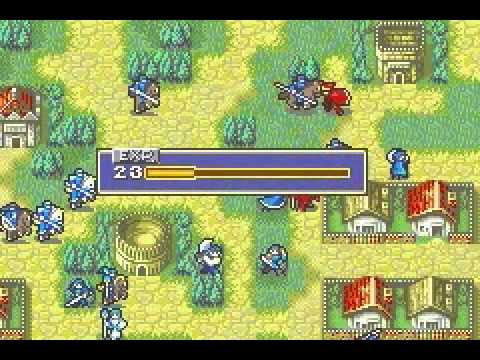 Here’s a decent strat that works in the base fe 6 with 0% growths so it should be even easier for you to pull off with growths and the changes added in the patch you can use this as a base strategy and adapt it to grab all the houses you want and rout the map. Good luck

And if ya ever need more help or anything, add me on my dc, the name is Slowpokemasta#1809 and I’ll try to help whenever I got time since I’m pretty decent at fe 6

Bruh It’s not vanilla game where I can ignore soldiers & those wyverns are really scary so as a last resort I changed the wyverns positions so they will come a turn later.
I am sorry for modifying your rom but it was not possible when my Marcus couldn’t use hammer.

True, it may not be the original game, though the only difference would be that many of your characters should have slightly higher stats where as enemy stats remain the same. Also a silver lance can likely substitute for the hammer, or you might be able to find some alternative way to defeat that enemy