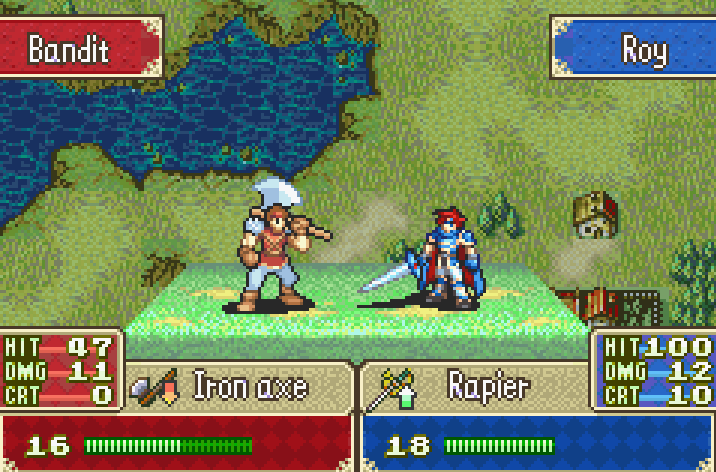 image716×472 17.3 KB
Hello, I’m Slowpokemasta and today I throw my hat into the ring of FE 6 touch ups and “balance patches” with one of my own. This is in fact my first project ever and while it may not be “perfectly balanced”, its not meant to be. This hack was made as an enhancement of FE 6 rather then to change it completely. It has redone graphics, assets, and animations courtesy of user Smug_Mug’s project FE6 Recolour FE6 Recolour {COMPLETE} which they gave me permission to work off of so once again thank you to you, and all of the incredibly talented animators and spritests who worked on this. As I stated earlier, this is not meant to be an overhaul or rebalance of FE6, rather to bring it to other GBA titles standards, the most notable changes being weapon stats reflecting that of FE 8 with a few changes, and a few weak/underused/undervalued characters getting small touch ups in bases and growths however nothing game changing by a long shot. Another thing is that Roy now promotes into his standard Master Lord Promotion much sooner at the end of Ch 16 and Thieves now promote into Rouges with a Hero Crest. I hope you guys enjoy this enhancement that worked to bring FE 6 into modern GBA standards while still retaining its personality gameplay wise. If you have any questions, concerns, or anything else, feel free to message me on here, or on discord slowpokemasta#6863 and join the FE6 Refurbished Discord https://discord.gg/nbvV5kqUmm. This is version 1.0 and it is my first ever FE project so it might not be the cleanest but I hope you all enjoy. Along with that since people are asking, what sets this apart from something like say project ember, is instead of reworking and changing systems like adding personals and new characters and such, this sticks to FE6’s roots and maintains the originals gameplay and feel while modernizing it and giving it the polish it needs to be enjoyable by a wider audience rather then change systems entirely like Project Ember. However this is not to shame/capitalize on Project Ember at all, in fact they were the main inspiration behind this and Brunhilda did an incredible job on their hack. Dropbox - FE 6 Refurbished - Simplify your life 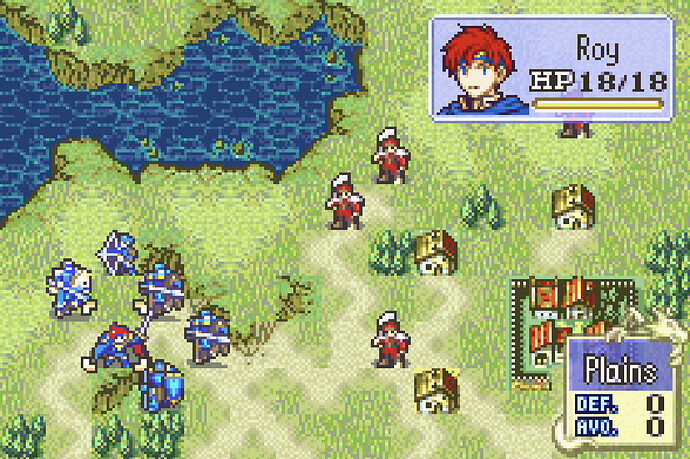 Congratulations on your first project! Not to be that guy but I’ve only ever played Project Ember’s FE6 patch, but what is different about this that isn’t in project ember(besides the unique talk events and characters)? I want to give this a try but I’m already playing project ember and so many others atm. Sorry if I come off as rude.

No no it’s totally fine I should have specified more. What sets this apart is instead of being a total rebalance with personals and all kinds of major system and gameplay changes, instead this hack takes what’s already there and just polishes it, tweeting out things to make it a more enjoyable and fun experience rather then a total new game like project ember with personals and new characters and such. Instead this just makes FE 6 a more fun experience overall. Thank you for posting this. I added some more clarity into the text

Which characters got buffed bases and how much? It seems that you haven’t included them on the doc, just the growth changes.

pfft man I apologize i will add that rn as I thought I had copy pasted that but I didnt. However all of the characters that got growth changes also are the only ones who got base changes outside of Dieck getting one more speed. I will make a thing right away. Tysm for the heads up

alright this has been fixed. Apologies for the inconvenience

Thanks for the clarification. I will definitely give this a try then. I always hated how finicky fe6 was with everything. Felt like I was playing thracia most of the time lol

yea i totally get you man. My goal with this hack was to let my favorite game shine while fixing some of its flaws but maintaining its unique feel in contrast to fe 7 and 8. Do keep in mind that this is the first version and I will be making changes based on player feedback so if u have any, feel free to message me please. 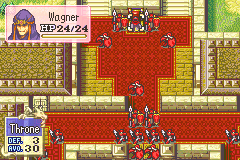 ok fixed just download the new patch, make a save state on the og patch, then rename it to the current patches name and it’ll work. Once again apologies for the inconvenience

As someone who is quite critical of FE6 but enjoyed Ember much more than the original, I am really eager to see how Refurbished plays out.

Thank you and I hope u enjoy