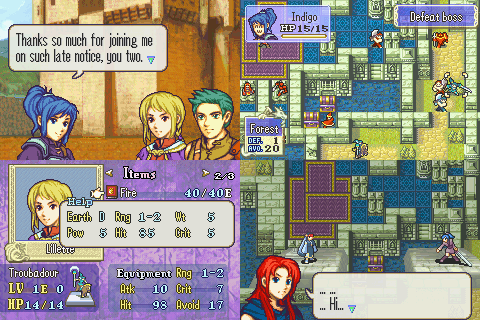 I never release anything.

I give myself deadlines, but miss the deadlines. There’s always something that needs polishing or I’m not far enough, and it puts me in an uninspired mire when I go for such a long time without putting out anything. I said in my intro post that I was giving myself until the end of this month for a demo release of my main project, but due to the sheer intricacy that I’m going for it’s so uninspiring to have worked so much and still be more than halfway’s worth of progress away from a demo.

A few days ago, I saw Blazer’s one-day hack floating around YouTube again and got an idea.

And that’s how I ended up today, in day three of seven for my one-week hack. Having laid most of the ground mechanics and started chapter 1 today, I’m aiming for a solid three chapters by the time the 23rd rolls around… and if I’m not finished by then? I release an unfinished product of shame!!! booOOooOooOOo! #3spoopy5me

I don’t have much interesting stuff done with the rom yet, but because I am obligating myself to post progress each day: 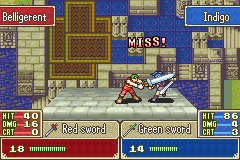 I wonder what we could do in one week if I got EVERYONE in UNDERTROLL to work at max potential for a week. Maybe like, 3 EN-quality chapters?

Maybe we’ll do that to celebrate the release of FE IDE?

Were the mod-wizards to undergo this, I’m pretty sure that nobody’s body would be ready for whatever glorious insanity would ensue. You’d have to snatch it from Arch at the last second to make sure he doesn’t delay the game to add matchmaker features, though

Promises of an FEIDE release?

I read this as Fire Emblem I Don’t Even

Our chapter 10 has been mapped since August. We just put enemies on it this month.

I am bad at this hacking thing guys. 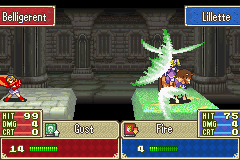 I added more gameplay-related stuff and did a lot of Nightmare editing today. From here on out, it’s basically just chapter building. 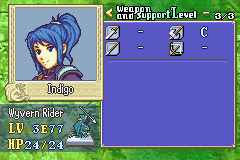 Sword-using protagonists are so dull, so I gave Indigo a class change.

Finished ch1 and made some of the ch2 map; I’ll probably make a substantial amount of ch2 later tonight as well.

I like that player map sprite palette. No progress bars on the weapon rank screen, I notice…are weapon ranks fixed or something?

Indeed they are. My original intention was to make everyone start with E/D in their weapons and have each weapon give a ridiculous amount of weapon experience, but it ended up seeming really arbitrary that I limit the player’s choice of weapons in earlygame when it’s only a three-chapter game to begin with. Having them fixed means that Indigo can wield killer axes (as well as some new, colorful ones) right off the bat as a wyvern rider, but her axefighter friend remains relevant as he can use brave and silver axes (since the Fighter line gets an A in axes).

The second-last progress screenshot, and I’m wasting it on another R-profile?! Time flies like an arrow. 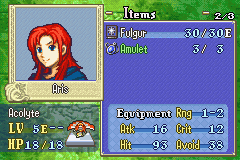 Toting a suspicious item with that kind of smirk? Definitely up to no good in the neighborhood.

The quality of the graphics in this hack are all really good.

can you change fulgur to fuglur

I’m not giving myself much time to make portraits given my time limit, so they remain simple splices for now. Maybe I’ll re-visit them later or something.

[quote=“ghast, post:19, topic:713, full:true”]
can you change fulgur to fuglur
[/quote]no almost went with Furgle though