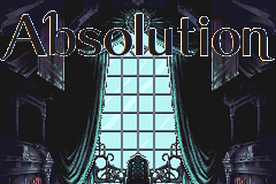 I am happy to introduce you all to my FE project: Absolution!
The current build, v0.3.22.0, starts at the prologue and ends at chapter 22. PLAY ON HARD FOR THE INTENDED EXPERIENCE. Normal, Lunatic, and Infernal are all untested. The game runs in the Legacy Lex Talionis engine, and as such is easy to download and play! All you have to do is download the game from the link above, unzip it, and double click the “double_click_to_play” batch file.

Absolution takes place in the world of Aletheia, a world split in half by conflicts too old to remember. Today, the two sides of Aletheia reunite - in less than harmonious circumstances. Help Valentina Bolivar free her people from oppression and overcome her personal demons through a story that spans two continents and 7 countries. Along the way, you will encounter many unique and powerful allies, varied and interesting map objectives, and many new gameplay mechanics like the skill system, forge, and kitchen. The road ahead is an arduous one, laden with inconvenient and painful truths. But still, you must fight onward towards absolution, and right the wrongs of millennium past!

The project also has a dedicated Discord server, which you can join here:
— Discord Server Link —

Details about the game: 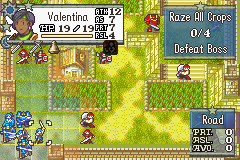 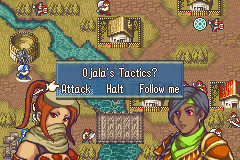 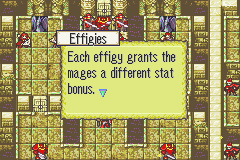 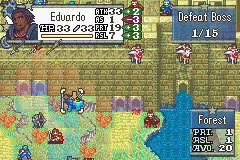 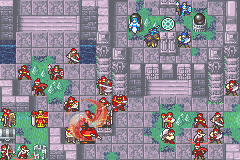 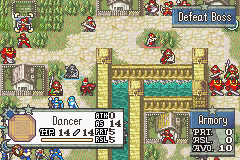 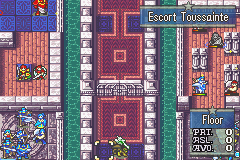 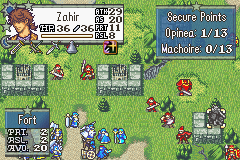 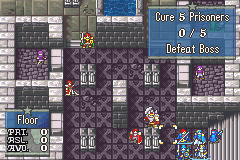 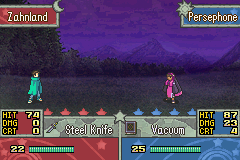 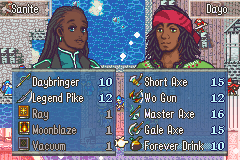 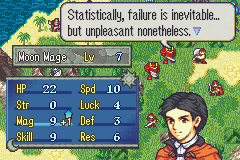 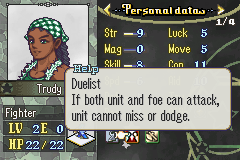 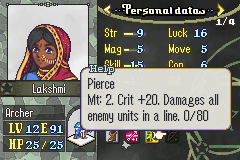 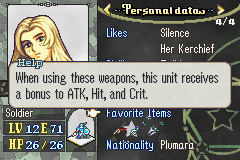 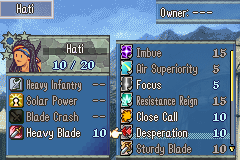 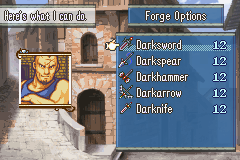 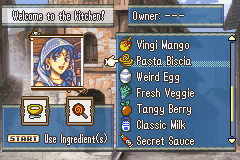 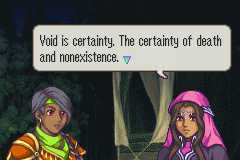 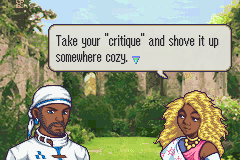 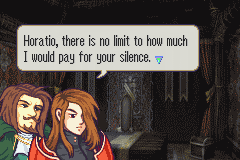 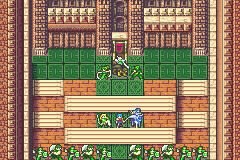 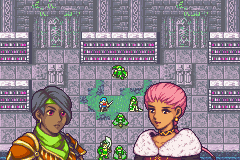 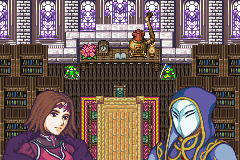 Thank you so much for checking out the project! If you decide to give it a try, please consider giving feedback! It would be very much appreciated. (And also feel free to share who your favorite units are! I love that sort of thing.) Either way, I hope you have fun! Above all, that’s the one thing I want the game to be.

Welcome to the community! Always nice to see new projects.

Looks like you’re making good use of the engine.

Cool to see more usage out of LT

Evelyn’s pretty jacked for a healer. Is there a reason for that?
Aside from that, this hack is one of the better-presented and better-looking hacks I’ve played (though this is my first encounter with LT, so I’m not sure if this is standard or not, if so, wow). Good stuff.

Clerics promote into Crusaders, which get axes in addition to staves (they’re essentially war monks/clerics). Evelyn has good strength so she can utilize the new weapon type.
I’m glad you’re liking the presentation and look of the game! I hope you find the gameplay similarly enjoyable. Thanks for checking it out!

Act 2 will feature approximately 10 chapters. The first of which, chapter 10, will be Absolution’s first defense map! Here’s a look at an early test: 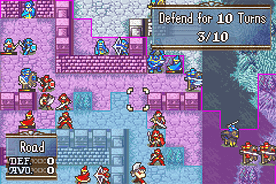 Like any good defense map, you’ll have to extend yourself if you want the best rewards.

Other than that, during act 2 you will finally recruit dancers and bards!

…among other new faces!

Since school is starting up again, progress will be slow for the next several months. I’ll likely release act 2 in two parts so there isn’t such a long wait. Thanks to everyone who has played or taken an interest in the game!

Hello, thanks for checking out the game! I appreciate the anaylsis of the code, but I didn’t create the Lex Talionis engine! Only the game, Absolution, is by me. The engine works quite well for me; because everything is separate, it makes it easier to understand and create for as a game maker. I appreciate the offer for help, but you’re asking the wrong person. Again, I didn’t make Lex Talionis.

I’ve never had anyone encounter issues with Rescue before. Rescuing is a bit different in this game than vanilla GBA. Mounted units cannot be rescued and also have reduced Aid. The rescue condition is still Aid >= Con, though. Who exactly did you try to rescue and who did you try rescuing them with?

I’m a little confused by your last reply. How did you add in Reese and Jeremy and convert generics? Did you activate debug mode or edit the level files themselves? If so, why? To answer your question, the id for “Follow Me” is a custom AI I made: “FollowValentina”. It follows a unit whose name matches the string ‘Valentina’.

As for the writing, thanks for the feedback! I’ll think about adding in more subtlety to the dialogue in the early chapters.

I’m glad you’re having fun playing with the engine and game files! But if you want to give a full review I would prefer if you played through Absolution as I intended, without doing any of that. Thanks again for taking a look!

This looks promising. Any story that can make me care about what happens to its characters is a pretty good one. I’m especially wondering if a certain manipulative non-believer will eventually get his much-deserved comeuppance in the future.

Regarding the gameplay, the mechanics seem sound and everything appears to work as intended (though the pillar terrain being one tile below the pillar graphic continues to bother me a bit). The maps are fun, and I appreciate that some of them make me rush to get everything and win before I get overwhelmed.

Overall, this is a neat game and I hope to play it again in the future when it’s more complete. What’s finished now is around the same length as the base Lion Throne game, so it’s still worth playing.

Just gave this a try. Got to chapter 5, and just finished the market stuff. The writing feels really natural. I love how Valentina and Gabe share the trait of skills based on low HP, how Trudy’s skill makes her abuse the hell out of the steel axe, the absolute silliness of 50% strength growth cleric, and the use of stationary enemies.

My only complaints are these.

(though the pillar terrain being one tile below the pillar graphic continues to bother me a bit).

Sorry I didn’t fix them last time. Next time, I promise. Maybe. If I remember. (Seriously though, I will) Thanks for playing through it again; I’m glad you liked it! (Also, I’ll comb through the text again for instances of it scrolling too fast; that’s on me)

I was surprised at how quickly I could accidentally discard a weapon.

I hope this didn’t lead to any unfortunate accidents! I’ll add this to list of QoL changes to make.

There is a market to get extra staves in chapter 2, and the game is not hard enough to require constant healing, but I didn’t buy a heal staff and entered chapter 4 with two staff uses.

I’ll address this by having Ojala be more direct in telling you that items won’t be available for a while.

Speaking of Chapter 4, I’m not sure if it’s supposed to be, but it’s very easy to cheese.

My intention for this map was that you could save Gabe and Bennett in one of two ways. You could either move northwest to take out the boss before the reinforcements finish them off (as you did with Trudy), OR kill the armors and archers to the south to rescue them directly. The idea was that there would be a trade-off between beating the chapter quickly or getting more experience and items. If you found it easy to do both of those things, I’ll try and make the chapter a bit tougher.

Thanks for the well wishes! I hope you find the rest of the game enjoyable.

What’s this? A game in an underrated engine AND completely original soundtrack to go along with it? Mad respect my man. Very well done

I was going to wait until I finished the beta to comment on other stuff but I found a pretty big (and funny) issue. It is a decent spoiler if you haven’t played the game.

Thanks for the report! That definitely shouldn’t be happening. I’ve done some testing and the issue appears to be unique to casual mode.

In the near future, I’ll create a small update, v0.1.9.1, that will (hopefully) fix that issue among other small ones. I’ll also add a quick guide for transferring saves in Lex Talionis along with it, as old ones should be compatible with this update.

So what is the current default difficulty, is it Normal? I picked Lunatic regardless, and I have to say the game’s quite tough. Not that I dislike it, on the contrary I welcome the challenge. However, if the current difficulty is Normal, I can’t wait to see the real Lunatic.

The current default difficulty is intended to be normal.

However, I double checked after reading this and it turns out that Lunatic currently isn’t the same as Normal and Hard. Unfortunately, I forgot to remove the boosts to enemy and player growths for Lunatic mode. So your units as well as the enemies will have a lot more HP, strength, skill, and speed than intended. I’ll edit the OP to say to avoid Lunatic and choose Normal or Hard for now.

You’re welcome to keep playing on Lunatic, though! I’m actually curious what you’ll end up thinking about it. Just be aware that you’re playing something I haven’t playtested. Who knows? If it actually plays well I may use it as a base for the actual Hard mode.

Thanks for checking it out!

Now that I’ve played through Act I, I’m going to post my thoughts and impressions here. To avoid spoiling stuff and posting a wall of text, I’ll be using the hide details function. Keep in mind that my impressions are based on Lunatic mode, which by the time of this post has not been playtested.

I’ve finally finished the demo. I played on the default difficulty and on casual, but I didn’t really utilize it, and I reset for deaths.

I like to play through all the significantly long games that people make using the Lex Talionis engine, and then offer my critique. This was a pretty fun game to play, especially because the plot and worldbuilding reminded me so heavily of my very first attempt at making a Fire Emblem game; this was almost like looking through a fun-house mirror at my first attempt.

Anyways, LuckyStart said I could post my review publicly here, so let’s get started.

Overall, I think Absolution has so much potential and I really want to see it be the best it can be! I recommend it to anyone who wants to experience some great FE gameplay with novel mechanics and great characters, and I will be playing through this again when the release is finalized.

Hey everyone, here’s a version update! Due to concerns over the coronavirus, my university has prematurely started Spring Break. This means I’ll have a week or so to work on the game. I’ve taken some time today to finish up the v0.1.9.1 version I promised. You can download it here:

This is largely a bugfix and QoL update; there are no chapter design changes for now. However, I have read all of your wonderful, in-depth criticism and I have a good idea of how to improve the first 9 chapters moving forward. The biggest problem seems to be enemy phase-oriented play, so that’ll be my main focus as I work on Act 2. Thanks to everyone who’s played, given feedback, or even shown interest in Absolution! I really appreciate it.