Hi, I’m new here, and I just found a new toy called FEBuilder.
So this is basically a patch that I made for myself, but I thought I’d share this here too anyway.
This is just a FE8 reskin basically, but I replaced all the male playable characters to female characters from other FE games (mainly FE6 and FE7), akin to FEGirls patch.
But since this is just a FE8 reskin the difficulty is way lower.
If you want something different from FE8 gameplay-wise definitely check out the FEGirls patch, otherwise, feel free to try this one.
Story is pretty much unchanged so most of them won’t make any sense.

So currently there are 4 versions.

Apply one of these to a FE8U ROM. 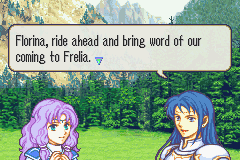 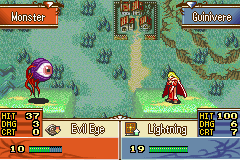 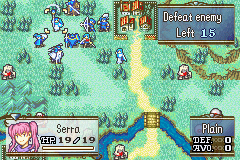 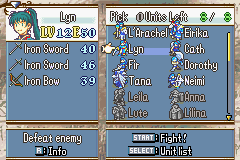 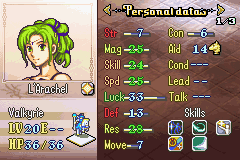 cool idea, i should give it a shoot.
Also to make it even more crazy we could turn all the male characters onto females.

Alright, so… guess Roy isn’t in this one?

yeah pretty much, I’ve played through Eirika route myself.

Wow for a first project seems very well thought out with all the different patches. Interested in giving this a try.

by the way thank you for all the nice replies!
I didn’t think I would receive such a warm welcome here.

Thank you, I found it when I tried to solo Tower of Valni with Lute, since I made her into a Mage Knight, interestingly this bug also doesn’t happen to other anima user like Sage or other cavalry magic user like Valkyrie.

This person has a brain that ascends all of us… I want to try this.

Just a little update, to all patches/versions.

Changed a certain extra unit’s item from Purge to Recover.

Not unless he got… GENDER BENT!

I’m currently playing AnotherFEGirls V2 and I swear: Sacred Stones has never been that difficult XD

Two things I noticed so far: Lilina’s battle animation as trainee is broken. She spins around. Looks funny. And she and Guinivere lose Con on promotion. Female units good!

Thank you for the report, and good job noticing the con stat!
tbh I never check those so I wouldn’t have known.

I’ll make sure to fix those on the next update!

I see another hacker of culture has arrived

Another find: Serra’s slayer skill as a bishop doesn’t work.

I see another hacker of culture has arrived

Another find: Serra’s slayer skill as a bishop doesn’t work.

that’s interesting, I don’t remember this happened in V1, I’ll look into this.
and maybe if you could explain “doesn’t work” means, I might get the idea what’s exactly happening, thank you.