So, to make this work you only need to edit the Events Post-World Map Node 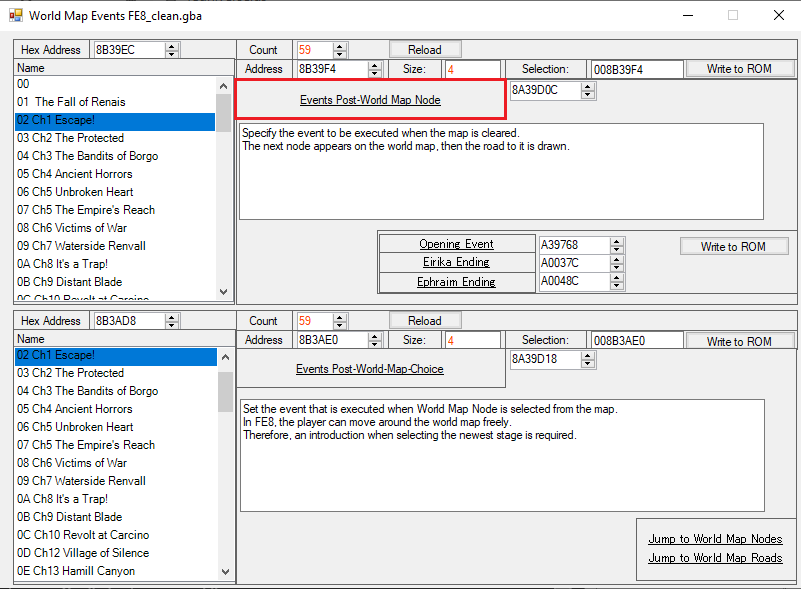 image801×589 28.9 KB
These events are loaded at the beginning of a chapter, specifically to load the next node in the map alongside with the correspondent road.
However, there are some instances in FE8 where a “cutscene” is played right after a chapter is cleared and before loading the next chapter.
The infamous Castle Frelia is one of these.
When you finish Ch. 1, Castle Frelia is loaded and you automatically are moved to that chapter.
Let’s look at it: 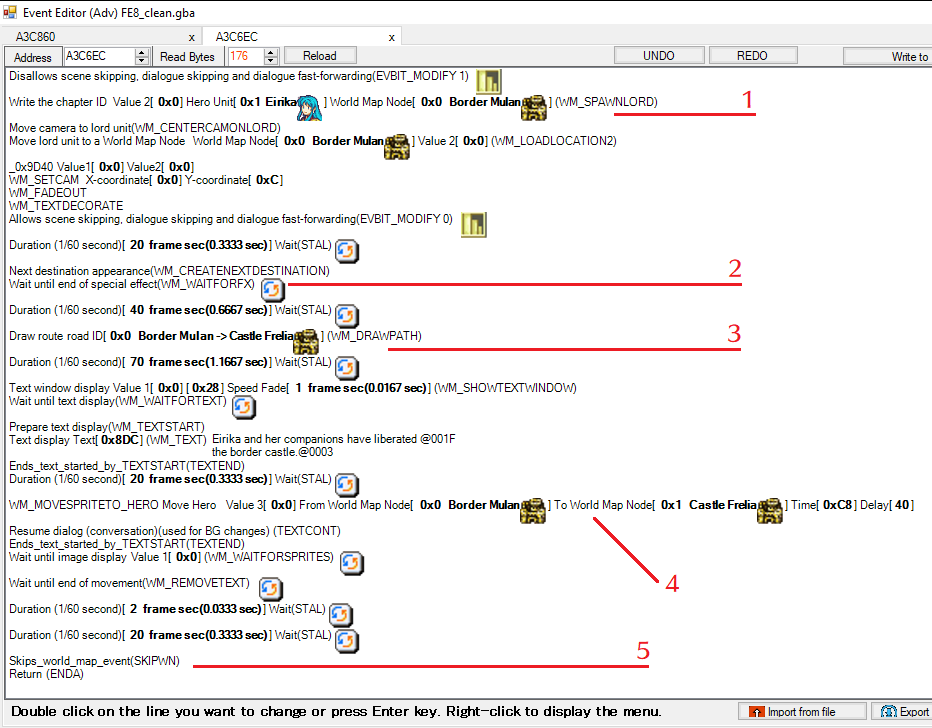 image932×728 68.7 KB
Basically events 1, 2 and 3 are the same as @PentV’s tutorial, and events 4 and 5 are the ones that make the magic happen.
Event 4 (WM_MOVESPRITETO_HERO) makes the the character move to the next chapter. If you don’t move the Lord to the next node, then the chapter where the Lord currently is will be loaded.
Event 4* Alternatively, you can use these two events to do the same:

What’s the difference?
The first one (WM_MOVESPRITETO_HERO) moves the Lord from node A to node B, meanwhile the other two can be used to move the Lord discretely without a visual representation. This is helpful for sprite placing purposes. (Note: Hero Unit should be 0x01 or the unit you’re using as the Lord)

Event 5 skips the interaction with the map and goes directly to the Post-choice events. But since we load everything in the previous option, we just need to add a fade effect. 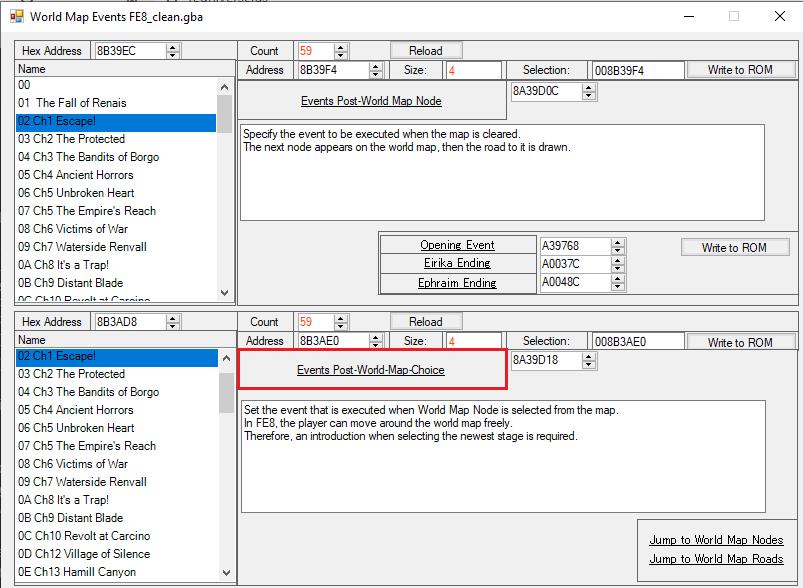 And that’s pretty much it. I hope someone find this useful.

Bonus:
I think you already noticed, but in the gif I showed at the start I don’t use roads in my world map events. Those are not really necessary if you know how to move the sprites in the map. Just remember that some nodes/roads have predetermined paths and the Lord will follow those paths.
To avoid this, just make sure the Movement Path Pointer is 0 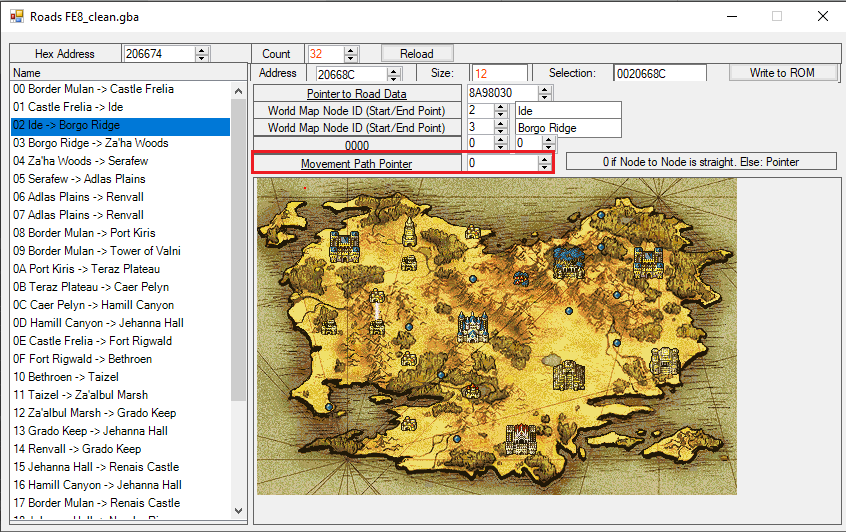 And here’s the event I used for the gif:

When your project fire emblem cross over release? (^o^)/