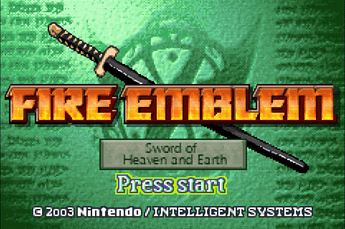 Hey guys, how’s it going? I hope you are doing great! Here again with a new translation after a year.

This time I am pleased to present the complete translation of the Sword of Heaven and Earth hack made by 38%, a japanese guy.

Below I will leave some more information about the project, I might edit it later to make it more presentable but in the meantime, I hope you enjoy it as much as I did translating it!

Having said all this, I sincerely hope you enjoy this story, and like I said I’m willing to receive as much feedback as possible, without further ado, see you next time!

Credits:
38% (Autor of the hack)
Pikmin (Thanks for always helping me!)
Pollen (For the support!)
Isaac (Another support!)
DeepL Translator
Google Translator

Hey, it’s me the guy on the discord obsessing over it. Good Job man. I’m excited to read the story!

This is awesome. Very excited to play this one again. Primarily excited to read Feeler’s dialogue.

For those new to this hack or those who put off playing it because there was no English, know that this hack is excellent. It holds a special place in my heart as one of the best romhacks I’ve ever played, and has some of the strongest gameplay I’ve experienced in a hack. It also has some innovative map ideas and serious eventing. Really impressive considering it is a contemporary of TLP and Requiem.

The first twenty chapters are dope. Endgame is isnt my cup of tea, but it is all worth trying. Definitely a top 5 hack for me by gameplay alone. Curious how I’ll feel about the writing now that I can read it.

Thanks for translating this and sharing it.

Saint Saya comes again to save her mom Lyn from the bad Morphs. Now she can speak to them in non-moon runes!

This is really cool to see. Having just come off of playing this myself in Japanese it’ll be fun to revisit it again in a little while.

I’ve heard a lot of good things about the hack before, but a lack of a complete translation kinda put me off from trying. Thanks for you work!

Congratulations and thank you for your hard work: also this famous (J) Hack is now available in English.

Some questions: how come the patch is so big? Does it contain unused resources inside? Or because it contains custom bgms?

Oh shit, a full translation for Sword of Heaven and Earth! I’ve played this hack a few times over the years, and while it’s perfectly playable without dialogue (I even managed to recruit everyone, it’s that intuitive!), I always have been rather curious about its story.

I never expected one day this would become a reality. Good work! I’m a little busy with other games right now, but I’ll definitely be keeping an eye on this one going forward.

Now I can finally find out if

Honestly I don’t know, although it’s probably because I used free space in the rom to translate some things that were difficult for me. The original patched rom size is the same.

Well, it is already a reality and surely many more people will be able to enjoy it!

Incredible work, thanks a lot! What are the odds that I was thinking about SOHAE yesterday and how it needs to be bumped up on my backlog after all these years and I need to go find the menu patch. My procrastination worked out it seems.

Hey guys, I was just coming to tell you that I think I was able to fix the problem with the conversation not showing up.

For those who didn’t read the miscellaneous section, there is a conversation that is not shown in a certain chapter, specifically in chapter 17 and before turn 10 a conversation should appear.

That conversation is super short and only makes the boss leave the field (and it is not translated), if it does not appear the boss stays until the end of the chapter or until he is defeated.

You would do me a big favor if you notify me if the conversation appears or not, I will update the patch a little later.

At the beginning of CH.2, if I start attacking an enemy unit (comparing various parameters) and then cancel the action, and go back, the game crashes/freezes, whatever unit I use. 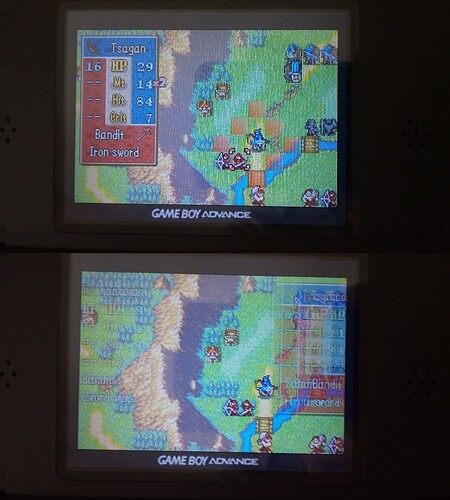 Did you try restarting the chapter to see if it fixes it?

No, but now I’m going to try again.

Let me know how it goes, in the publication I put that sometimes it freezes but rarely, honestly I don’t know why it happens but restarting the chapter usually fixes it.

It always happens as I have already described. By starting to attack and then canceling the action the game freezes as in the second picture.
I’ve restarted the chapter 4 times with the same result.
I’m using a DSi XL, if that helps to know.

Note: However, this bug is not one of the ones described in your introduction.

Edit: Lol I can’t even get past the selection menu, everything goes black and only the music plays. Maybe the rom is so buggy inside that it can’t run well? in vba and mgba everything is perfect until the end.

I use GBArunner2 (GBA emulator, or rather hypervisor) with TwilightMenu++ in SDslot (no flashcart) and also applied a no-autosave patch to the rom.

I also use Twilight and just now I used the original rom in Japanese and the same thing happens to me, maybe it’s something with twillight or the rom inside is just a mess to read it well and that’s why we get these errors.

Edit: What version are you using?