Necrosis Among the Living

After a short two week period of polishing that began in mid-July, I am ready to release a version of the full hack! There’s a lot to read here, but none of it is truly necessary to play and (hopefully) enjoy the hack. If you do play the hack, I’d recommend at least reading through ‘General Notes,’ ‘Major Changes from FE8,’ ‘Chapter-specific Notes,’ and ‘Spoils of War.’ And maybe ‘Known Issues’ too.

As a general note, I still consider this pretty far from the final version. There is definitely more polishing that can be done on the art and music fronts, and I assume some adjusted balancing will be necessary once a decent sample of people play the hack. There will probably be bugs (a few are listed in Known Issues) - think of this like an early access release. Also, please be mindful of spoilers and use tags to hide comments where appropriate.

Prequel, version: 178
(note: Ch1 is a forced loss - Kenner’s death triggers the ending, or allowing the enemy general to arrive at the throne room does too. The former should take about 15 minutes, with the latter taking a bit longer)

I will upload a new version of the prequel tomorrow or the day after soonTM with minor polishing additions.

NOTE: I have changed the way the magic/melee mixed weapons work. I presume this will fix the predominance of freezing issues, but please let me know if they persist. If you encounter issues, they may be resolved by using another emulator. I played through the hack using original VBA quite a few times, and didn’t experience too many issues. However, please do report issues if they appear.

Oh man, I saw the trailer and I’m really excited and looking forward to play the main game. I really liked what I saw until now and, to be honest, that Markswoman animation looks amazing(I just love all kinds of archers and always use them on the hacks I play, don’t ask me why). Also, I loved the soundtrack!
Good luck developing the game, I hope you have a good time doing it and I’m definitely gonna play it!

Oh man, I saw the trailer and I’m really excited and looking forward to play the main game. I really liked what I saw until now and, to be honest, that Markswoman animation looks amazing(I just love all kinds of archers and always use them on the hacks I play, don’t ask me why). Also, I loved the soundtrack!
Good luck developing the game, I hope you have a good time doing it and I’m definitely gonna play it!

Thanks, all credit goes to Nuramon for that animation.

The main hack is essentially done. Everything is implemented and tested (I did 4 start-to-finish playthroughs and a lot of testing per chapter as I built it). I’m just doing some final polishing at the moment. If an issue arises that precludes me from feeling it’s ready in 2-3 weeks, I’ll delay it. But, short of a catastrophe, I’m pretty confident in this plan.

This looks pretty cool. If you’d like, I can try to fix up the palettes and a few mugs.

Sure. There are definitely things that could use some fixing and touching up. That’s much appreciated.

Playing on normal, I see a couple things you might want to fix/change:
While the enemies are primarily “Eldros”, and the playables “Soldiers”, the two enemy thieves are also “Soldiers”. Their character name also has “There are no messages for this menu item”. 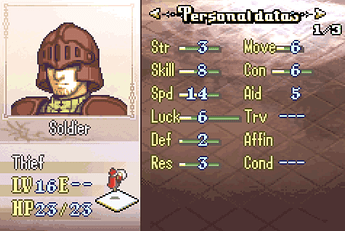 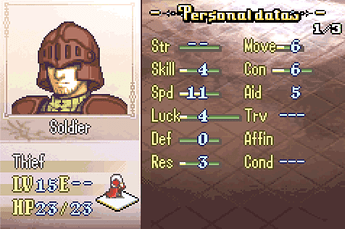 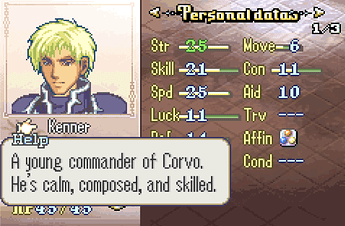 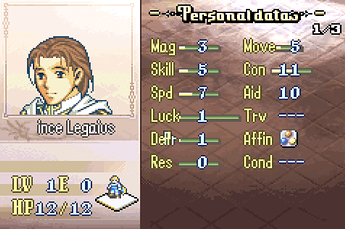 Those thieves are supposed to be soldiers - “soldier” refers to the actual notion of being in an army here, rather than the class (though, there are actual Soldier class units too, so I see that can be confusing).

I thought a throwback to Seth would be appreciated :(. I guess not.

Good call on the names being cut off - I’ll check through all of them again and clean them up for the next version. Regarding the classes, those classes are actually blank in vanilla, but it would be easy to rename them appropriately.

So what do I win? 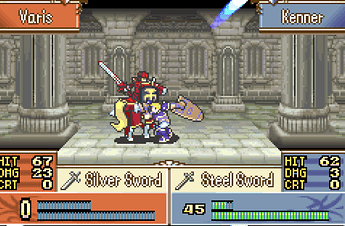 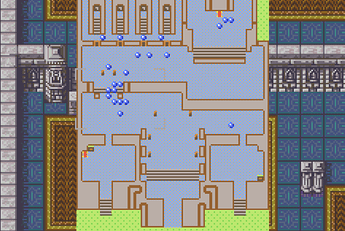 Ah, looks like I left Seth’s unit wranks on there. Good note. Without that, I’m curious if the chapter is still winnable.

I’m not sure if I should put you up as the start of a leaderboard, since this strategy won’t be reproducible and is sort of exploity. But I commend your dedication; I’m sure it took a while.

EDIT: Actually, tbh, Varis was just a duke and only leading a brigade. There are still many divisions/units of Eldrosian soldiers in Corvo. So, you’ve just prolonged the inevitable. It seems Ivos is destined for darkness regardless of the player’s actions here.

The allied paladin can replicate the javelin spamming and also use killer lance crits; I used Kenner because he had better skill/speed (he doubled Varis after getting a speed level), and for irony points. After the fix, Kenner can also rig ~30 hit handaxes if someone were truly determined.
Edit:
This description in chapter 2 probably needs to be changed. 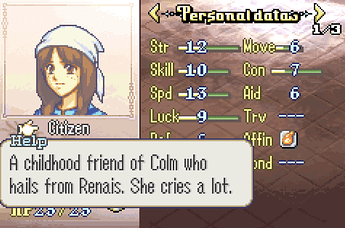 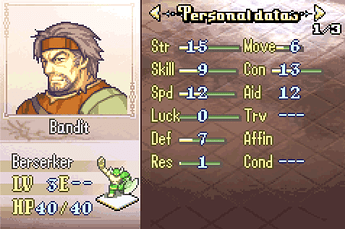 Further stuff:
This villager is weak to horseslayers. 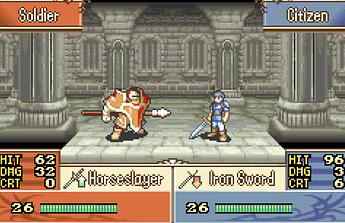 I ended up expanding the scope of the finale a bit, and that has taken time to polish. But that is mostly done, and I’m just doing polishing and testing on various facets across the hack.

I would say I expect to be ready to release in another two weeks-ish.

Oh and BTW i dont really know what to expect from this game.The demo i saw rn doesn’t make any sense.Could you please show some info thats not gonna ruin my gameplay?

By ‘demo,’ do you mean the trailer or the prequel? The former is not really supposed to make sense. The latter most definitely is supposed to.

There are some screenshots in the main post, and the trailer does show a few maps/scenes from the main game. I don’t think anything shown thus far should ruin gameplay or negatively affect your experience.

But the TLDR on the project is: ~25 chapter journey across a continent, geopolitical conflicts, personal growth and investigating open-ended questions, etc… Pretty much classic-type FE, though I tried to tint it with a slightly more serious and grounded tone.

Do you now have the exact time of the release??

Congratulations on the release! Looking at first glance, this is very much a nitpick, but I’d suggest using the “Chapter titles to text” patch, since it seems you pieced these together as images, leading to them looking a bit awkward. 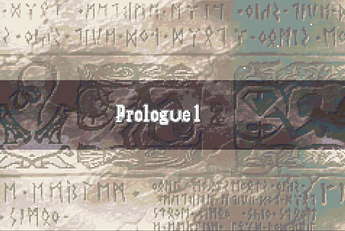 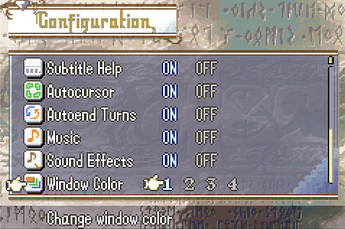 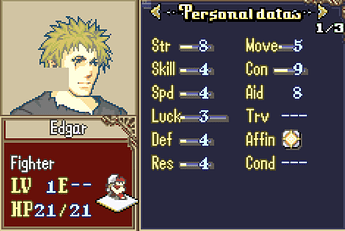 Huh, no idea what could be causing the color thing. I’ll troubleshoot tomorrow.

That’s not even Edgar, that’s another minor-ish character. Noted in my list as well.