So, those on the J&P discord and some other servers I’m in may have seen the project I’ve been working on as of late, simply going by the name Estria Remaster. Well, this is the formal post for said hack, now with its official title.

Justice & Pride Gaiden?
This hack is in the same world as J&P, albeit 20 years later on another continent. The story is mostly independent, although some characters and events from J&P are seen or referenced.

Estria Remaster?
Back when I first downloaded FEBuilder, I wanted to make a hack involving Estria, a fictional continent I made. However, due to inexperience, overambition, and questionable design choices, I abandoned the hack. Now, I aim to recreate that story.

SCREENSHOTS
Some are taken from older builds, hence the different statscreens. 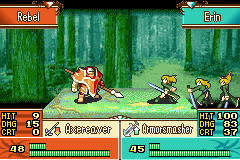 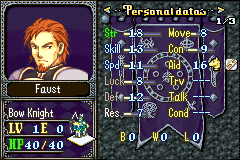 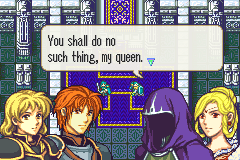 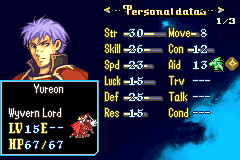 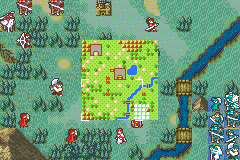 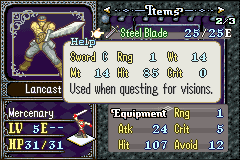 I literally was just reading about how there were plans for Book 3 when reading the Book 2 thread just now. I went back to the FEU home page to find this is here. What a coincidence.

I’ve never played J&P but this project looks interesting and I can feel you’re more experienced with the hacking scene now by looking at the current presentation.

Good to see you alive and well, man, and I wish you luck on this.

Maybe a bit of a strange remark, but I already really like the new teal ish light blue player colors. Something about them looks really nice.

A magic nation named Theodoros? That sounds familiar… /s
Looks neat. After hearing about how J&P book 2 or whatever was canned, it’s nice to see that you’re making something again, even if it doesn’t look like it’ll be something I enjoy. Good luck!


After the wild ride that was today, I decided to release a demo before finishing ch 15 just to add some positivity to today.

Ch 14’s end event isn’t done, but everything up until then is playable.

This is nice to see. Thank you so much for creating such a cool world.

Good to see you back in the saddle. Looking forward to this!

Started playing the hack and really enjoy it so far. Haven’t gotten too far in yet, but here’s some stuff I found.

You made your post right as I was fixing stuff, so I got it done fast.

This patch fixes the following:

Oh-ho! I’ll have to take a look at this sometime for sure! Not that many FE8 hacks don’t use Skill Systems anymore, so this should be an interesting experience.

Yeah the non-gaiden one also have it
(Btw lonely mirror dont have it i think)
Steel bow have12 mt when iron one have 11mt (only 1 difference)
Since stats are inflated (especially hp) so i think heal and mend shd have higher healing
Kenneth eyesight is broken
Using ambrose to fight him
Kenneth:you are not the prince
Logic 100
Later, annabelle’s dialogue was suddenly forced stop by another cutscene wtt
And a green brigand doesnt actively attack red unit idk why?
Nice storch reference for steel blade 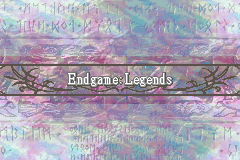 All chapters have been completed!

I still need to do the ending, character epilogues, and tune up some other stuff, but the full game release is on the horizon.

How many chapters are you planning on for this project?

However, there will be an ending split after ch 27, which leads into one Endgame, while the other ending takes you to ch 28-Endgame B, so at max, 37 in one playthrough