I made some stuff mostly for personal use, but it couldn’t hurt to dump them somewhere public. Sorry if they are not the best, I only started doing anything artsy like, 2 months ago

The map pallets have a really nice, rich SNES FE feel to them, especially the dark green fields. I’m also a fan of the sunset pallet. I can’t recall seeing anything like it before.

fe7 actually had a sunset palette for the village tileset :v although i’m not entirely sure where that was ever used, if at all

dorcas map uses a sunset palette too! but a different tileset

Those two Fields Village palettes are excellent! However, I want to mention that the object images will automatically break when posting them to FEUniverse’s forums raw (as they only save the palette that’s displayed). I’d recommend using Dropbox to store all of them in one spot since you’re sharing them.

Once you get those two on Dropbox, would it be alright if I packaged them into my Fields Village folder for general use? You’ll be credited for it.

Also, that portrait F2U portrait is absolutely Heihachi and you cannot convince me otherwise.

fe7 actually had a sunset palette for the village tileset :v although i’m not entirely sure where that was ever used, if at all

dorcas map uses a sunset palette too! but a different tileset

It’s used in he Lyn Mode cutscene where you’re introduced to Eliwood.

should be up on dropbox now

Once you get those two on Dropbox, would it be alright if I packaged them into my Fields Village folder for general use? You’ll be credited for it.

Also, that portrait F2U portrait is absolutely Heihachi and you cannot convince me otherwise.

It’s used in he Lyn Mode cutscene where you’re introduced to Eliwood.

kinda made this for a funny haha in my thing coming soon™, but also f2u/f2e because.
pretty glad the sirius mask lookalike didn’t turn out to be a complete disaster though

the original was like, the fourth map i’ve ever made with some very minor edits throughout the months. i’d say it held up decently well all things considered, but it was so glaringly vanilla compared to the rest of the maps in HBW. i’d intended to rework the map before release but motivation and life related stuff happened sooo

(credit to flasuban for the wonderful tileset of course)

That’s such an amazing glow-up!
Nice!

oh my god i just noticed some wall shading are off

vanilla weapon icons stink so i made some custom ones yesterday. just finished the basic progression today, more stuff to come in the future. also has icons that i did in the past including funny minecraft fish and hehe left boot (yes i have not made right boot yet). credit to ereshkigal for iron bow since i just edited their sprite for it, also i used their stuff a lot for referencing

slims have a lot of uh, details proportional to their uhh, usual strength in most games, but i made them that way because slims are OP as fuck in my thing lmao

the boat, two houses, and barrel will be missed

boat 2 walked so that LARGE CLIFF can run

Oooo this is a rad map! I’m especially digging the revamped version!

I am also extremely curious what, if anything, will be sold in that tucked-away little shop on the southeastern boat.

ok so, i wasnt planning on adding anything to it, but a few people have asked me about what that shop tile would have so i have to put something in it now huh

Could be selling rare imported goods! Maybe a chance to get a few powerful items early, or to buy weapons or items associated with a particular region of the world outside of that region?

haha you assume i have done any sort of worldbuilding…

someone called unto thy community to make more blind mugs and i answered. i’ll use this mug for HBW but it’s probably for a later recruit, so i’ll make them f2u anyway also this means more hacks will have trans flag palette hopefully maybe

ported over berwick saga - BGM025. credit to Agro and [unknown source] for the MIDI rips 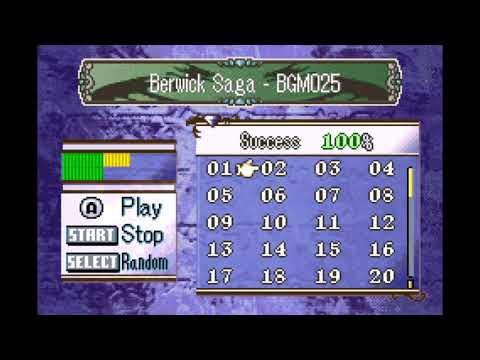 (also idk what the policy is for doubleposting on resource dumps like this one, please tell me if i’m doing it wrong)

i made these a couple months ago but never really got around to putting them up here, so,

these are for flasuban’s village. there are two variants, one with brown cliffs/peaks and the other with yellow ones. i think the brown looks better on cliffs, idk, but they are disastrous for peaks, so pick your poison 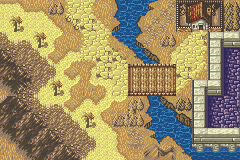 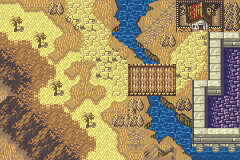 well golly gee it’s been a while, minor update and (finally) made reavers. also can of beans