Today marks the second anniversary of Fire Emblem Universe’s revival–and what a remarkable two years it’s been. When this endeavor first whimsically began, I could never have anticipated just how successful this little “library” would be. It is a testament to the power of concentrated, collective effort. FEU’s success is our success. That is, I believe, what makes FEU such a special place.

Take a look around and you will find talented individuals aplenty, people who consistently question the boundaries of possibility in various shapes and forms. Take a look around and it shouldn’t take long before you stumble across something worthwhile, some mind-blowing ROM hacking wizardry that two years ago would’ve been merely a pipe dream.

@Icecube created a branched promotion system for FE7, fixed the FE7 AI’s might calculation, and created a package of functionality expansions for weapons. @Venno gave us a weapon rank bonus system, an expansion of the PRF weapon system, passive stat boost items, a revamp of the way the game handles effectiveness, and an array of other mechanical hacks that improve functionality for ROM hackers. @Gryz has contributed groundbreaking research on GBAFE’s AI, those pesky thief escape points, the various trap tile effects in FE7/8, and helped document a wide variety of topics. @jjl2357 expanded the number of weapon types in FE8, modified the status screen weapon rank display to function as it does in FE9, and contributed greatly to research efforts for FE8 (which had been sorely under-explored for years). @Brendor has been steadily working on implementing a skill system for FE7 and FE8. He’s made EXP granting items, fixed the mine glitch, built his own Str/Mag split, and also created the FEGBA Table Repointer in his spare time. @Tequila created a text palette changing command with the help of @zahlman. @circleseverywhere has accomplished a number of meritorious feats, including an implementation of FE14’s Pair Up feature. restoring the “danger zone” command from GBAFE’s prototype ROMs, modifying the Support/Talk commands to allow units to act after conversing, and mapping the L-button as a shortcut to skip battle animations. @Crazycolorz5 has done some incredible work with documentation and research; he created the first fully custom AI, the modular battle calculation system, an FE3/5-style dismount command, and is currently working on implementing new FE14 mechanics such as Dragon’s Vein.

These people have all, in their own various ways, contributed to the effort of empowering others. Most of the active members here are ROM hackers picking apart decade-old GBA games–but there’s more heart to it than that, because this hobby takes passion to see it through. Game design also requires an array of different, often disparate, skill sets. The assembly hacking renaissance is one of many positive developments that have taken place on FEU over the past two years. Topics like the animation directory and the numerous asset repositories have been supported by the generous spirit of our community’s spriters and artists. When hackers post documentation, they empower others by expanding the scope of our collective capabilities. The same applies to artists who contribute to open-source asset collections, to the curious community members who ask substantive questions, and even to the innocent bystanders who casually help promote and bring value to the work of others.

That, my friends, is FEU’s mission statement: to promote an atmosphere that embraces the value of generosity and empowers the talents of the individual through the means of communal empowerment.

When enough people come together and agree upon a set of parameters for success, that is the precondition to progress. Some might call FEU a “niche forum”, but that characterization undersells the extent of all that has transpired. Progress comes in all shapes and sizes, and I could not be prouder of what this little corner of the internet has accomplished.

Success necessitates a “zig” while others comfortably “zag”. Although some communities may judge themselves on the sheer volume of their member base, FEU, in my mind, is a place that embraces the value of quality over quantity. Life has taught me that those who only seek to perpetuate their own power and status are sorely misguided. At its core, that’s what FEU is about: choosing challenge over complacency, consciously following the road less traveled because it is often the more rewarding path.

Of course, FEU would be nothing without the diligent work of @CT075. Without his help, I surely would’ve managed to inadvertently cause some form of server/database catastrophe severe enough to destroy the forum ten times over. Cam’s had my back throughout this entire endeavor, and I couldn’t be more grateful for his support. I will also be forever grateful for the help of our excellent moderating team, @L95, @Crazycolorz5, @dancer_A, and @Agro. My own role is that of a lowly community organizer; when I say that FEU has been successful, I mean that it has been made successful thanks to the efforts of all who have taken part in this little experiment.

Two years is quite an accomplishment in its own right. Thank you to all of the wonderful people who’ve made this journey so worthwhile. Congratulations, everyone! Long live FEU!

Thanks to Arch and all his archy assistants for their hard work making this place awesome!

you guys do me prooooud

How long’s it been since those early FEU boards?
This is like, what, the fourth or fifth FEU? Haha.

So long, so long…
The fuck have I done with my life that I’ve been here so long…

You’re the wise sage on the mountaintop who guides the youth.
Or is that Arch?..
I dunno

Here’s to another two years.

This couldn’t have been more timely, because I’m pretty sure that I just baked one of the top ten orange sticky cakes ever made. HBD FEU!

Long live the revolution (made with real oranges)!

You’re the wise sage on the mountaintop who guides the youth.Or is that Arch?..I dunno

Wisdom is a myth, because “the wise” have already accepted the fact that they know nothing.

Sometimes, I ask myself the same thing–but then I think of all the great people that I’ve met along the way, and they’re truly what makes this hobby and this community worthwhile. Glad that you’re still around, bro.

Long live the revolution (made with real oranges)! 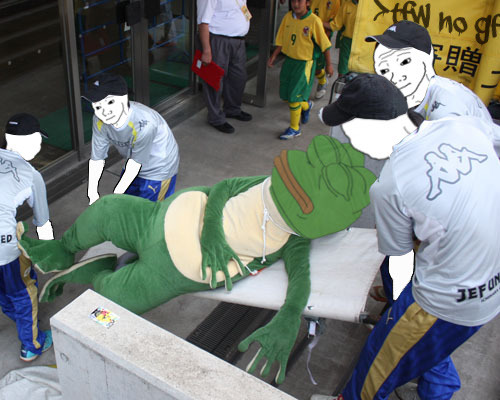 Anyways, since (apparently) it needs to be said: I just wanted to take a moment and clarify that my remarks were not to disparage those who take a more traditional approach to community-building, but rather to explain our approach coherently and the ways in which, I believe, it addresses the perceived flaws of a more traditional approach. Our definition of “success” is different than most online communities, that is merely a statement of fact. Unfortunately, some might misinterpret this as “taking shots” with a specific target in mind (whether you think that’s good or bad is irrelevant, it’s in the eye of the beholder). Though approaches may differ, all angles have their merits and their flaws. I’ve been part of the broader Fire Emblem fan community for a decade now. Once upon a time, I sought to build my own little empire–over time, after seeing numerous communities rise and fall in pursuit of calling themselves “the biggest” or “the best”, I’ve personally come to the conclusion that these efforts are a waste of time and energy. In my opinion, that energy spent pursuing traffic jams could be spent much more constructively by focusing on promoting the power of collective effort and cooperation.

That is the vision that I have sought to implement over the past two years. Do I personally believe that our approach is more conducive to the collective advancement of our hobbies? Of course, otherwise I wouldn’t bother to pay the $10/month it costs to keep this place running. However, this is not meant to be an exclusionary approach. The value of generosity and cooperation should extend beyond the imaginary “boundaries” of FEU, no matter where like-minded individuals may choose to congregate. My intention is not to promote division; quite the contrary, my goal is to promote a unity of purpose. We are all hobbyists; hackers, artists, writers, musicians, fans, and we all share a common cause–we must never lose sight of that fundamental truth.

I’d like to give my heartfelt thanks again to all of the amazing, wonderfully talented people who have made FEU such a remarkable place. Here’s to another great two years!

You’re such a politician Archie

we’re going to hold you to this you know. On camera, while murmuring “please understand” through the feathers.

we’re going to hold you to this you know. On camera, while murmuring “please understand” through the feathers.

You’re such a politician Archie

Hopefully you only mean that in a positive sense, lol. I’ve been thinking a lot about the state of FEU and the community in general these past few days, and I want to begin applying my own “political” skills in a more diplomatic direction. My personal goal for the next two years is to do a better job of leading by example.

I’m holding you to that Crow thing
To make it worse, you’d have to show it on Serenes

I’ll hold you to the Crow thing

Obviously, it was a Honchkrow and it swept his whole team.