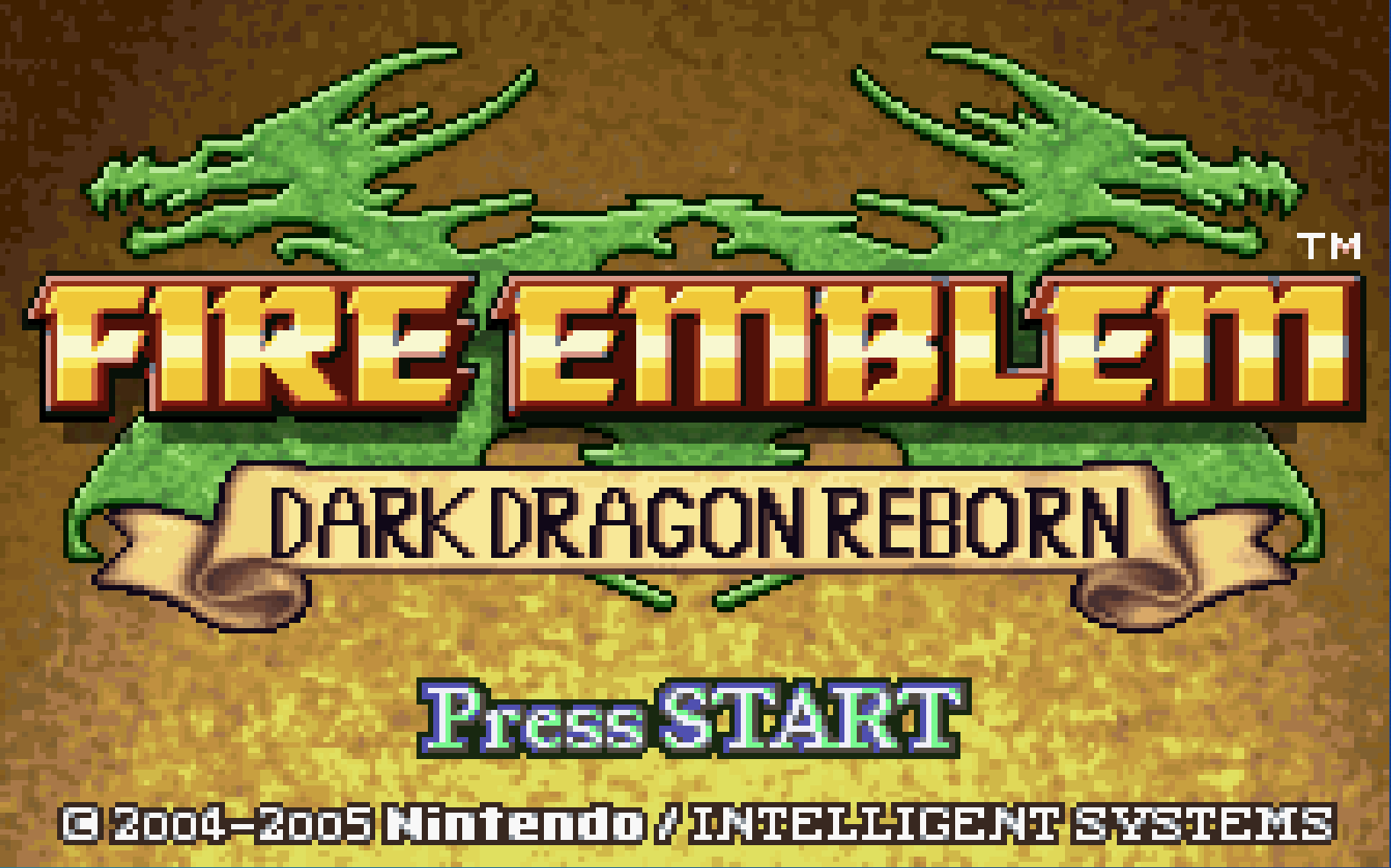 Lame Logo1583×988 53.6 KB
Introducing Fire Emblem: Dark Dragon Reborn! A remake of the original NES game with much gameplay inspiration from the DS remake. Also features music and art from Mystery of the Emblem as well as the dialogue from the original NES Fan Translation.

This hack is 100% playable, all the way to the end! There’s a even a small post-game challenge accessible from the final chapter (Just make sure you don’t overwrite your Chapter 25 Save).
There are also two Quality of Life patches for the current version as well as a Reverse Recruitment patch which does exactly what it sounds like it does. The Minimug patch lets you see more unit info on the map (Shown in Miscellaneous). The Fixed Growths patch is the same, but averages out character’s stats to get rid of the random factor in levels.

welp, I’m killing Daros to get Athena like always

gordon can die. off with his head.

(Just to be clear, this is NOT an early April Fools Joke.)

Are you sure? Because the download link isn’t working. 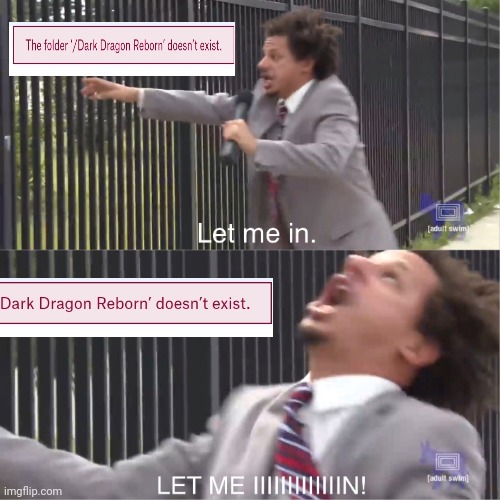 I can’t believe I’ve made such a blunder. It’s April Fools and I just played a prank on myself.

Anyways, the link SHOULD work now…

Nope, sorry. As far as I know, there is no way to have reclassing and Skill Systems, since they take up the same data. (Or something like that, they’re just conflicting patches in FEBuilder.)

I’m sure somebody could find a way to use both systems with Build Files or some other method, then you could have something comparable to the 3DS games instead of either the DS style reclassing without skills (Like this) or Jugdral style skills without reclassing (Like most other hacks).

To celebrate FE1’s 31st anniversary, I’ve updated the patch! It’s still not complete, but it is now playable up to the start of Chapter 24 (You can save the game after Chapter 23, but 24 isn’t playable yet).

Patch this over a clean FE8 ROM. If you already have a save file, just make sure it has the same name as the newly patched rom.

Next Update: Sometime in July, hopefully. Unless some game-breaking bug appears, the next update will be the first complete version of the game with all of the maps and character endings.

If you find any bugs or have any issues with the game, please tell me. I’m always looking for ways to improve this hack! 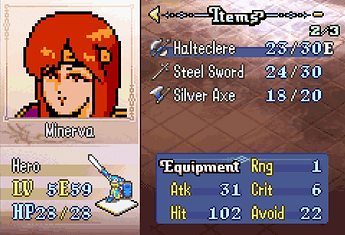 She certainly can be.

Which fire emblem rom to patch with this hack? ｡◕‿◕｡

A clean FE8U Rom. I’ll update my post to clarify.

Big news! The hack is now 100% complete. Have fun taking your strongest units to fight Mediuth! (Or just warp skip the chapter, I won’t blame you.)

If you’ve been waiting to play this hack until it was complete OR only played a couple of chapters, I recommend using the new 1.0 patch that isn’t labelled outdated. If you find any glitches or have any suggestions, please let me know.

Congratulations, I’ve been dreaming of a 32-bit remake of this game for a long time.

The idea of this F.E.Hack is great, but the 8-bit graphics/art of the characters is really horrible, even on real hardware ( tested on slot2 DS Lite):
It’s like getting punched in the stomach.
This immediately makes you lose interest, at the first approach, in the game, and it is a pity…

Why don’t you make the best use of the graphic potentialities of the console, using portraits, maybe similar to the original 8 bit ones, but in step with the times (taking them from the site archive, or having them created by a graphic artist)?
Mine is a simple suggestion, but I think I’m not the only one who thinks so.

I hope I made myself understood, despite my bad english.

Thanks for the feedback! Your english was good.
To be honest, I don’t really like the FE1 art either. I just used it because I knew it would be easy for a single person with minimal portrait skills to implement. I was thinking about using the repository for art, but portraits were missing for about half of the characters.
I also thought about using FE3 portraits, but some characters were completely cut (Riff, Darros, etc.) or never existed in the first place (Norne, Frey, etc.) I think that ‘Biraku Emblem’ has art for these characters, but I only learned about this when all of my portraits were already finished and implemented.

I might go back and change the art in a future update when I have time, but for now I’m just glad that the game is completely playable.

Time for another update! This one’s pretty light on new content and bug fixes, but features updated portraits for characters. 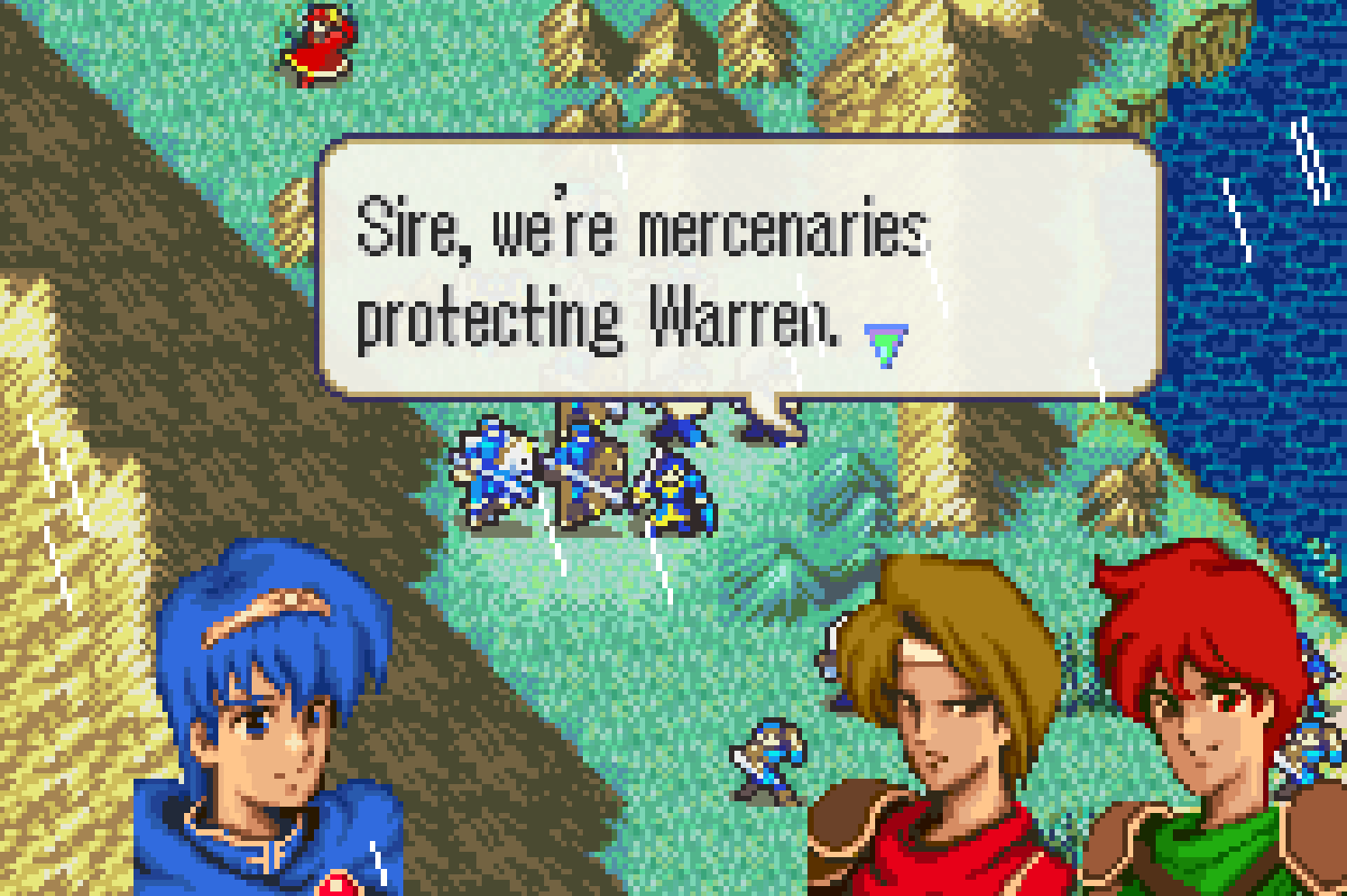 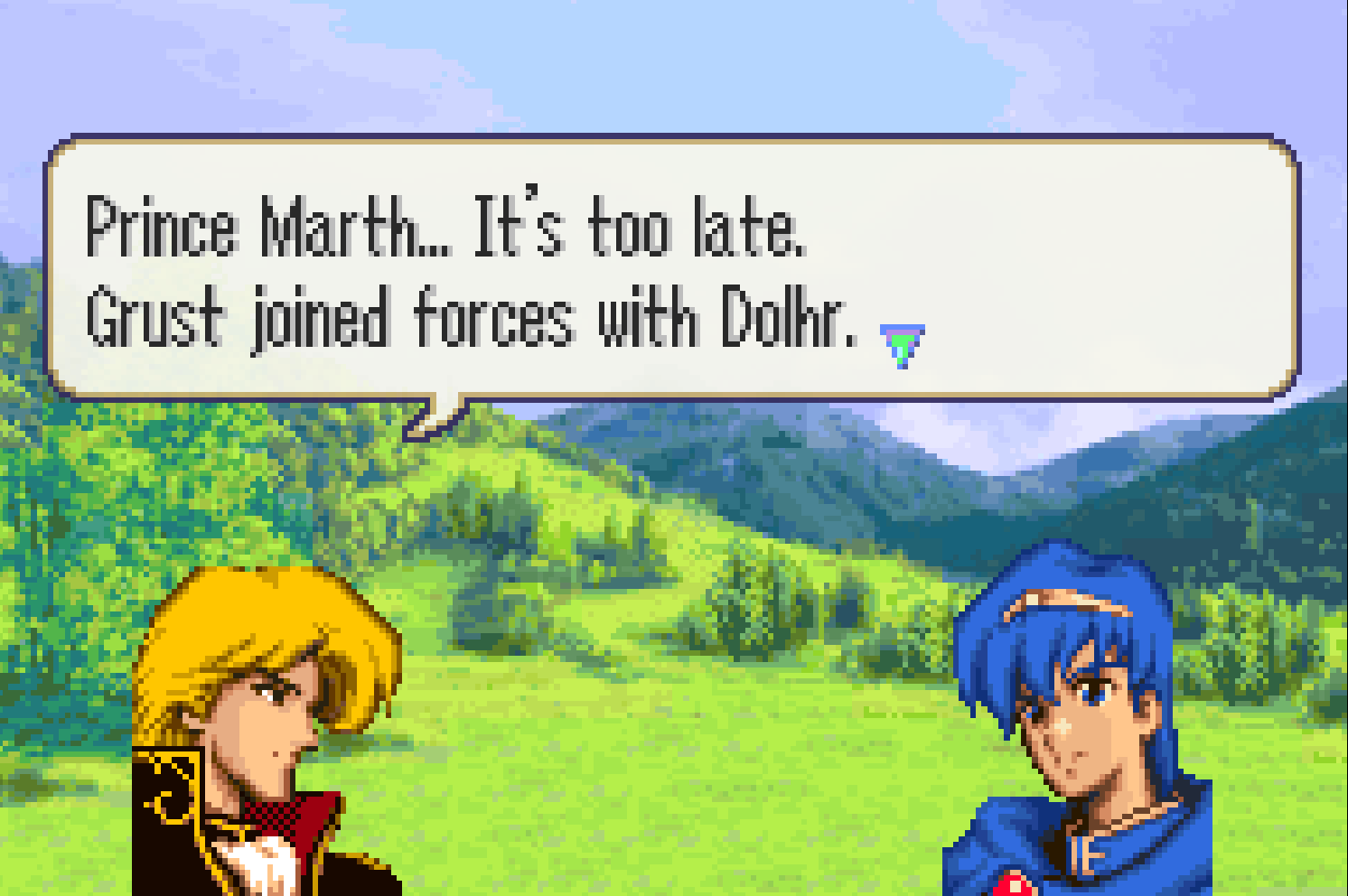 Foolish Loyalty1492×992 26.1 KB
Character, location, and weapon names have all been updated to align with FE11. Gone are the days of Paola, Katua, and Est abandoning Macedonia to fight against Mediuth of Durhua!
You probably know this, but a lot of characters in FE11 were either cut from FE3 or weren’t around at the time. Luckily, the creator of Biraku Emblem made a lot of portraits in the FE3 style!

However, there is still a problem. Horace, Ymir, and Nagi are still missing their art as I haven’t found an easy way to transport it from Biraku Emblem to GBA. As it stands, these characters have temporary stand-ins until I can get everything sorted. If you know of a way to get these three portraits, please tell me.

The new patch is in the same spot as before, just use a clean rom and rename it to match your save data. As always, please tell me if you find any bugs or have any feedback.