Since apparently this was never posted here

Basically [FEXP][1]: the version that Yeti will actually be completing and supporting. FEXNA uses Microsoft XNA, somewhat obviously, and eventually will use MonoGame for OSX/Linux versions. I’m developing a series of editors that will cover almost everything you could want to change; and if you’re looking for something more in-depth, the source code will be included as well. Currently in private beta (no we’re not looking for testers) while I work on [FE7x][2] 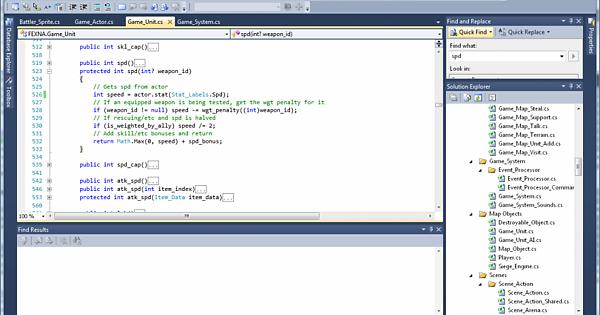 Wow, remember when the editor had only 5 tabs? Yeah, last year. Remember back before weapon icons weren’t shown beside the item/weapon’s name in the left hand tab? Me neither.

@BwdYeti How is progress coming along for FEXNA? Is there an estimated date yet?

Is there an estimated date yet?

There certainly could be.

as long as theres the option to mess with the code itself im happy at whatever ya do with this idea yeti.

I will be dead before this gets released.

All three of my grandparents died in the time it’s taken for FEXNA’s development, so you might be onto something there.

uh there’s stuff on /r/fexna about public betas coming “soon”, any update on that?

Any update of when is FEXNA released ?? I think it will take less time to transcribe FEXP to js than waiting for FEXNA

It’s already out, what are you talking about
Everyone has it except for you <3

I wish it was true…

It seems so… Know someone that makes remakes de sprites de fire emblem??

tfw this is a april fools joke.

When will FEXNA be released?
Are there any fatal problems?

I would also like to use FEXNA, how do I join private beta?