FE8U - Trainee Emblem 8: An FE8 Hack for the Ewan Fans in the Crowd

People love trainees! And of course, as everyone knows, there is no such thing as too much of a good thing, so myself and a couple friends decided to take a joke way too far. 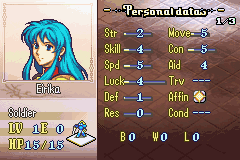 NOTE: AUTO PROMOTION IS NO LONGER AN OPTION FOR TRAINEES! THEY HAVE TO USE THE TRAINEE SEALS FOUND IN THE PREPS ARMORY AND CHAPTER 5’S SHOP!

The link to the download, credits, and the document containing information on the trainee promotions can be found here. 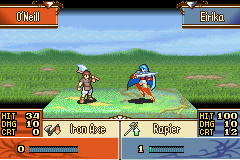 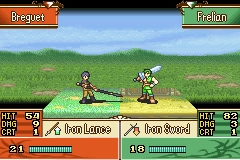 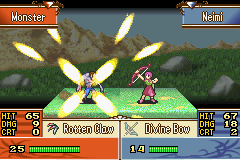 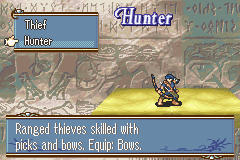 It’s weirdly a lot of fun?? I enjoyed playtesting and getting so many level ups so fast got me like

A really interesting idea with lots of replayability! I’m gonna try it asap.

This looks very fun, i’ll give it a try.

I absolutely love this idea! I always loved trainee units because it gave me a sense of accomplishment in raising them up. Definitely playing this gem of an idea!

Hack is funny and good, play it!!

Quick question, are the growth rates changed at all?

I wish but unfortunately they got to stay

Seems like Ross, Ewan, and Amelia are not the only trainees in this ROM hack.

They would be tier 0, aka non-playable

But palettes are the best part!

Back on-topic, I spy Beta Eirika

thanks for the insight

Natasha/L’arachel’s trainee classes are bugged and don’t promote, but I will fix when I can use my laptop (seeing family for Thanksgiving, didn’t bring it with me)

Also if possible please consider making their trainee class gain more exp from healing, cause it seems like they receive the same amount as Cleric/Priest/Troubadour.