updated 2022.05.25: fixed on MSG function to adapt to SkillSystem_FE8, add a new mss_def.s in folder /external for ModularStatScreen. Thanks for @Mikey_Seregon 's testing.

Previously, SME tried to modify this by expanding the status index to 5 bits, but failed to handle the skill duration decreasing at the beginning of the turn. In this hack, I have expanded unit status index to 6 bits, which can support up to 63 different states simultaneously. Meanwhile, through a series of modifications, we successfully used the remaining 2 bits to make the status last for up to 4 turns.

At the same time, a table is build to store status informations, such as, how unit’s atk decrese during suffering this status or how long will this status continue, etc.

In addition, it provides adaptations for currently common patches, such as MSG and ModExpSave.

How to Use it

Directly include “UnitStatus.event”, then you will get this patch installed. As examples, I have makde some status as templetes, include “avoid”(unit grants avoid rate +15% in one turn), “Gravity”(unit cannot move in one turn), “Expose Def”(unit Def -5 in one turn), etc. All of these status is defined in Templates/UnitStatusDef.h, you can directly use function void SetUnitStatus(struct Unit* unit, int statusId) to give units status.

Meanwhile, you need to put functions defined in External folder to support patchs, including:

How to make your own status

If there has been a solution to this problem before, that would be really nice.

But I think this hack is still meaningful, including rebuilding the database about various status informations, and expanding sprites object anim effects, etc.

Yeah this is definitely still cool and useful

with this many IDs, now we can implement every Gungnir status effect in GBAFE

I’m trying this, but there are some .event files that aren’t compiled.

How can I compile those files?

Oh it’s my fault that forgot to compile C files inside Templates folder. I have updated the repo, and I think now you will make it.

As for compiling, you need to make the makefile find the C-Lib header “gbafe.h”(here used as FE-CLib-Mokha) and the file “include/unit-status.h” inside the repo. If you have no idea how to compile C, it is recomended on refering to StanH’s C Toturial

Here is my example on buildfile construction (in which, unit status hack is in ‘Wizardry/CoreHacks/UnitStatus’ and ‘Wizardry/Features/UnitStatusInstaller’)，you can also refer to StanH’s CHAX repo

I’m having some problems implementing this.

For the Expanded Modular Save:

But the game crashes as soon as I try to do any action with any unit, it even crashes when trying to see the unit status screen.

Then I tried it in a clean Skill System build, but now the units get random buffs/debuffs: 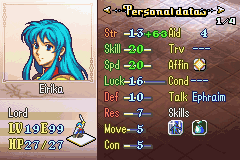 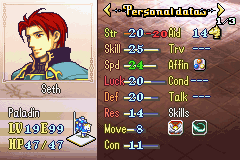 What am I doing wrong?
Or this isn’t compatible with the Skill System build?

I think the problem lies in two point, one for draw-unit-stat routinue in MSS’s mss_def, one for existing debuff hacks.

as for MSS, you should modify the macro draw_status_text_at as below:

Since the Stat-Screen Draw-Page routinue in my own work is directly writen in C, so I did not focus on how to adapt to MSS berfore (And I also recommend you rewrite the draw page routinue in C, on reference of Decomp project).

Also, there seem to be some modifications to Unit Status within SkillSystem_FE8, such as External/StatusWeapons, in which it also set the UnitStruct + 0x30 in the way that conflict to this patch.

The stat buffs/debuffs appear even when the unit doesn’t have an status.

As for the duration, I tested Poison with 0x41, 0x81 and 0xC1 and they seem to work fine, except that it doesn’t show the correct number: 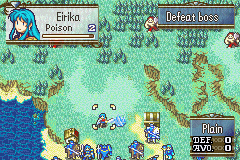 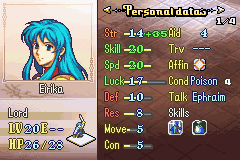 In both images the status is 0x41 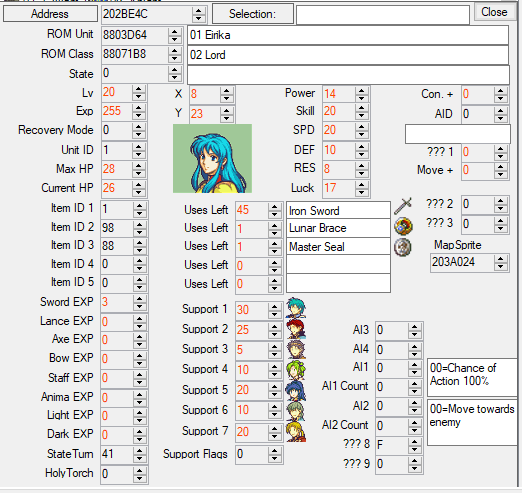 it worked well on status duration. If you set as 0x01, you will get one turn status.

I think I have found the reason on msg bug.

You may rewrite the MSG function as:

Another potential problem may lie in prMinZero. Maybe you also need to check whether DEBUFFS_MIN_ZERO has been uncommented.

This fixed that bug.

I still can’t fix the MSS.
I changed the macro an recompiled the files using that macro, but still doesn’t show the correct number

Have you replaced the macro draw_status_text_at？

Turns out I was editting the wrong mss_defs file.

Thank you very much!

I have now updated the repo, now you shall not bother for adapting to MSG functions.