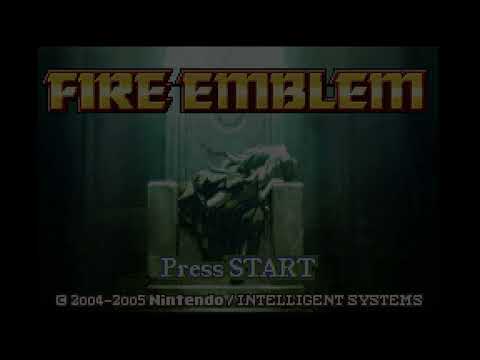 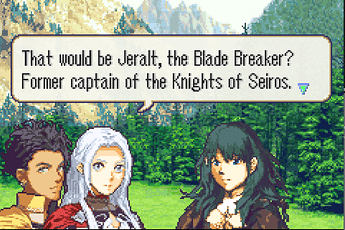 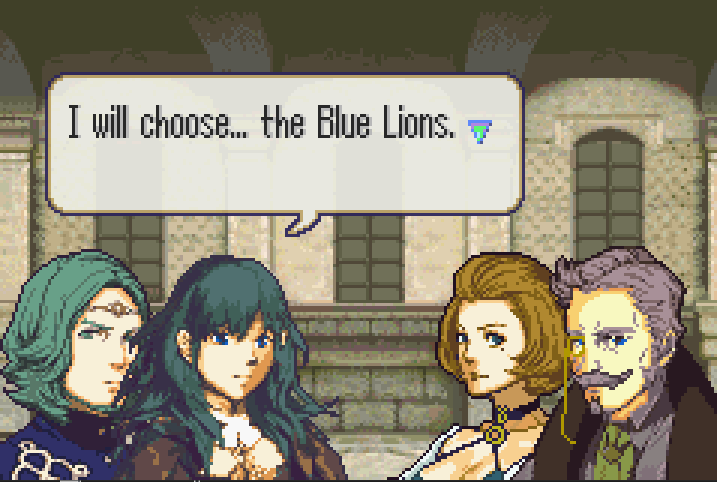 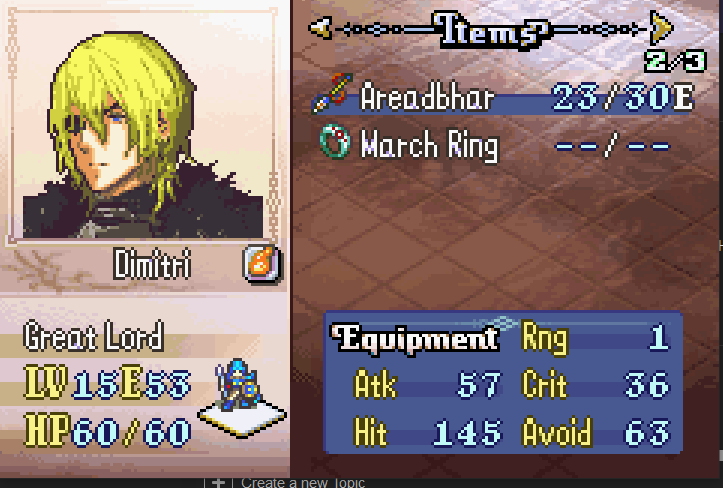 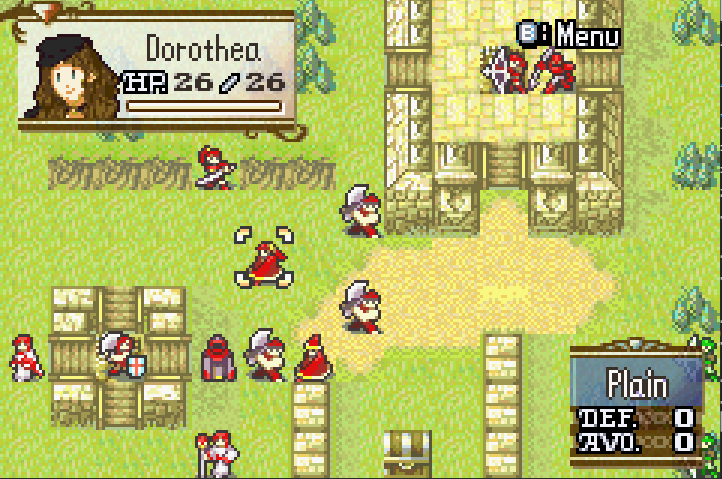 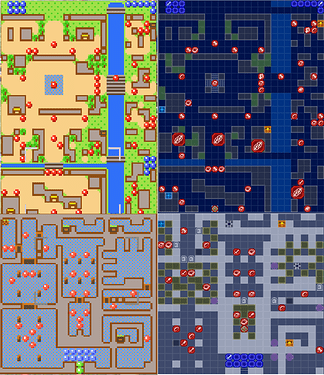 So I’m not actually allowed to post the dropbox link or images of the hack. I thought I would be allowed to after reaching ‘basic’ on the forum. If anyone knows why, please let me know/how I gain the ability.

You could post the link but put something in the middle to “de-link” it. A space in the middle of the text of the link itself would do. I haven’t noticed any mods get onto anyone for bypassing it that way (if your trying to share your hack anyways). Mods feel free to correct me if I’m wrong here.

It’s not really about time, but a matter of interactions, try commenting in other posts and/or liking them. That should increase your trust level.

I’m a bit late to this post, but I’m very interested in this project and would love to contribute to it. I’ve been working with fegba hacking for like 2+ years now and I was working on a three houses demake. I’d love to help with portraits, music etc
If you’re interested!

Sorry, I’ve been busy the past few weeks and didn’t see this. I certainly wouldn’t say no to any assistance offered. The only thing is that I’m not very active working on this project. If you have portraits of any enemies/Alois/Rhea I can definitely add them in.

Has any1 played this game to end credits yet?? how is it??

Starting to play through this, enjoying so far (I haven’t played 3H so can’t compare really). Noticed a knight on Garreg Mach has… odd stats.

Good catch! Looks like there’s about a 7% chance for the knights to not level speed which gives them a -1.

Hi, I played you game, great so far but I have a request. Coud you put some door keys in chapter 6? You need to get to the boss behind a door to finish the chapter and the only way in was through a warp staff. If I didnt had that, then I woud have been softlocked. Also is the monestary not in the game yet? It was though in the trailer.

Also while I’m at it, is it possible to make the mock battle from chapter 1 an actual mock battle, where your units dont permanently die? I thougt it woud be a mock battle, so I didnt reset for one of my units, but at chapter 2 I realise the unit was permamently dead.

Looks super good! Just wondering how much more you plan on doing for this?