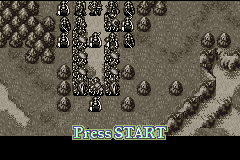 The Barhara Trilogy aims to include three chapters. The first of these is an enhanced version of Barhara Revisited, my first custom chapter which dates back to the days of FE7. It was my entry for Make a Fun Chapter 2. The second of these is an enhanced version of Julius’s Revenge, my Ragefest 5 submission. It was rushed and underwhelming, with barely a week spent rushing the chapter from scratch.
The third chapter… well, that one’s a secret.

The current release covers the first of these chapters, Barhara Revisited.

A WORD OF WARNING: SEVERE FIRE EMBLEM: GENEALOGY OF THE HOLY WAR SPOILERS IN ALL CONTENT BEYOND THIS POINT AND IN ALL LINKS. Plot synopses below. The assumption is that chapters are played in the intended order.

Credits are inside the readme. Please report any bugs or other such mishaps outside the known issues.