[FE8] Stones of a Divine Dragon V1.3 is no longer being updated ever. Plot is fully explained in 1st post 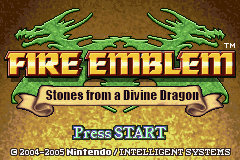 Quick poll questions, you can pick more then one answer!
Do you read the patch notes?

Do you read the Patch Notes in the .rar file?

Favorite Unit / Most Powerful you have?

What unit is the worst or needs buffs?

Known Bugs / Features not fixes yet

I really hope you guys enjoy this game!
Any feedback bad or good is welcome!

Final Notes for the Game:

So this as most other first hacks starts as a remake of a FE game you love. After a while of doing this and remixing the story, I finally feel like I fully understand the program and realized this was more of a test game. As I progressed I realized work had to much of a influence on my life so I halted this hack. After a long time I realized I can’t finish this hack and I need to make my own from my own ideas not piggybacked off FE8. So sorry for the super late update, but I will post all my Dev Notes / Plot down below.

Animation of Lyon is in FE SOA, right?

If I remember correctly it is the same sprite. Made by Eldritch Abomination? It’s in the main animation repository if you want it.

Animation of Lyon is in FE SOA, right?

We don’t use that animation anymore.

It’s my mistake, I’m so sorry. 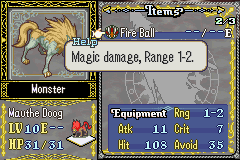 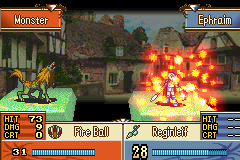 Monsters in 9x are a little more advanced now…
Mauthe Doogs gained a magic ranged weapon! Planning on adding a Venom Spit for the Baels, but
TBD right now.

Game gets hang after finishing chapter 8,why??

Should have ended at ch9, I’ma check it out and tomorrow post a Patch. The updated version should cover ch9, ch9x and ch10 which is untested and only half done. But you can still look at it.

By the way,the hack is great bro,I have enjoy it so much,because my favorite unit Lyon is in it,

,unfortunately game hanged after finishing chapter 8,it would be cool if you add more chapter in this hack,thanks for the hack,

It’s been a long month, but there is Chapters 9, 9x and half of 10. For some reason Ch9 wasn’t in the last version, but whatever it’s here now. Below is the general changes inside the download is the full checklist of literally everything I changed…

I also hope to be doing Bi-Weekly patches wether that be small or big updates. Just to try and keep a constant schedule!

Enjoy my blood sweat and tears!

Ch.2: Duelists
Riley a female Pegasus Knight has been added! She comes with a Duel Lance and can be recruited with Joshua. 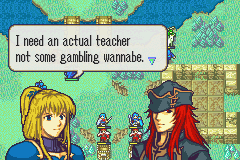 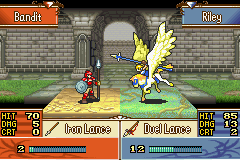 Ch.8: Sacred Lake
2 Treasure chests have been fixed/added! When opened they contain a powerful weapon along with
a powerful surprise!

Ch.9x: Coast of Fear
Can finally recruit Richie! Starts as a Bard who can use magic and promotes into Sage/Wizard! Not to mention he can also Play his instrument to revitalize his allies!
Wizards are dark mages who value skill and speed over the raw damage from Druids. 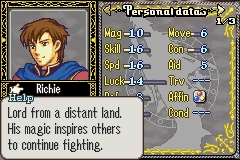 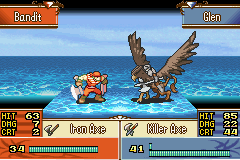 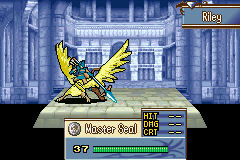 Captain enemies now have sprites! Now they are even more threatening!

why not full game ups? why always version?

I hope you know that none of us make any sort of money for making these hacks, and they do take a lot of time and effort to create. Most don’t ever reach a true “completed” state. A lot of us are in school or working jobs or living real lives and do this on the side, much like other people might draw, paint, write, whatever. We release versions because the projects aren’t completed, and many likely won’t ever be completed, but we still want other people to be able to enjoy what work we do have done. If you don’t want to play an incomplete project, that’s fine, but don’t complain about incomplete projects from people who are doing this solely for their own enjoyment and artistic expression. 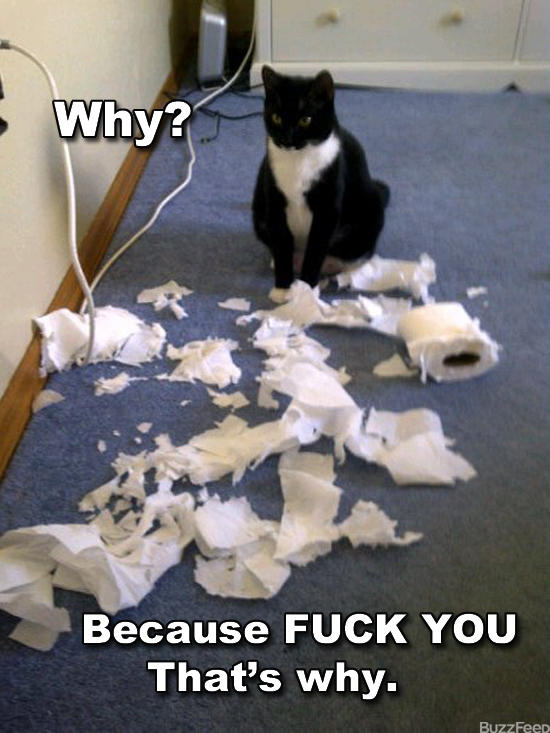 Chapter 7 seems to be broken in 1.1. There’s a marked tile in the upper left(though that might be an escape point for the thieves, disregard if it is), and more importantly, the game resets whenever the second unit I move enter their destination tile.

What do you mean by destination tile?