The long awaited sequel to FE7 Negative Growths (which I never expected to be relevant) is here! This time around there are plenty of quality of life enhancements due to all the new hacks for FE8 that have come about after the decline of FE7 hacking. I must say I find them very enjoyable. Everything else though is the same as vanilla bar the obvious losing of stats as you level thing. HP can’t go below 1 and everything else can’t go below 0. If you have a way to get negative stats to work through resets of the game though hit me up.

So that’s all of the differences… except for the stuff I haven’t mentioned yet! I forgot to mention that the game now has fixed growths. There is no option to turn this off in game, but if you are manipulating for level ups perhaps you should just go play 0% growths instead. For other RNG related things, the RNG randomizer is there too.

That’s actually everything. I haven’t touched any enemy stats or event data. The idea is to see how hard negative growths makes the original game. I could potentially release a lunatic mode or something for crazy people to play, but we’ll see if people can handle vanilla for now. It may be more difficult than FE7 Negative Growths due to a lack of late-game pre-promotes, so I’ll wait to see how things turn out.

You can find the UPS patch here: https://www.dropbox.com/s/cnjaajz1z73h9xe/FE8NegativeGrowths.ups?dl=0
It patches over FE8U.

Here’s a link to the whole project folder (minus ROMs): https://www.dropbox.com/sh/2tcej4r2s2c5ogb/AAC0MDUVDoIYFXpYh0So5_hLa?dl=0
If you want to remove any features of the hack, just go to the file ASMInstaller.event and comment out or delete anything you don’t want. Then put a ROM called FE8_clean.gba in the base folder and run MAKE_HACK_FE8.cmd. This way you can all get what you want.

I’ve tried following your steps to remove fixed growths but i cant seem to get it to work. Could you explain what you did to remove it?

I explained pretty clearly in the post what the process is and I’m not sure of a better way to put it. Perhaps you could tell me what the actual errors are and what you did so far?

I’m attempting to remove fixed growths. I deleted the folder for it and applied the patch but nothing changes . What do you mean when you say to go to the file? Is there a program to edit it?

Yeah I used notepad to edit and ran make hack. Then I applied the ups patch to the new gba file

don’t apply the patch. the patch in there is for the default version. make_hack literally outputs the ROM that you want to use. So in other words, applying the patch undoes everything make_hack did for you.

Btw on chapter 10 the game crashes on turn 7, making it impossible to beat

Could you give me a description of HOW it crashed? Or WHAT you were doing when it crashed? Also a savestate would help a lot if you know how to make one and give it to me.

Aite, ima try and recreate the scenario, but basicly, on turn 7 an axe fighter thats glitched attacks duessel (green unit) and it crashes the game 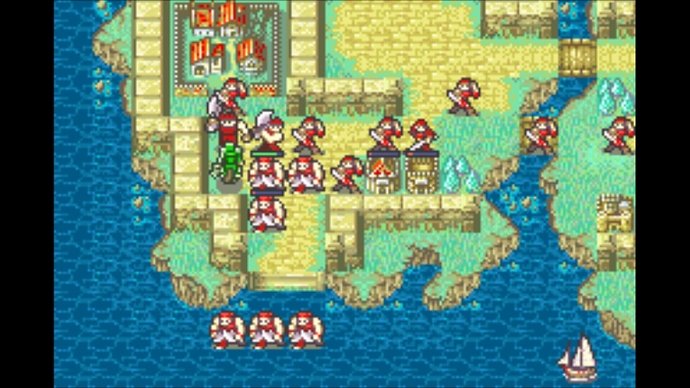 I haven’t gotten around to looking at this yet but I need permission to look at your google drive for the savestate.

Enemy units are gaining stats after battle. For most it seems to just be max HP but there’s a brigand on Ch3 that’s gaining Luck and Skill as well.

This issue should be fixed now.