So, I’m back with more, and this time, the new hack in question may be a surprise to many.

Justice & Pride is getting a full sequel!

Why a sequel?
The world of Justice & Pride is one I made up all on my own. I’d rather expand on that one world than make a bunch of one-off worlds that never get used again after one hack. In other words, it’s kinda like Kaga and Archanea, where every one of Kaga’s works was either set in Archanea or related to it (excluding TRS after it stopped being Emblem Saga)

What’s Book 2 about?
Gotta spoiler tag this one

Who will return from Book 1?
I plan on having most of Book 1’s cast return, but to avoid roster bloat, not all of them will be playable. Some will be NPCs, some will sit the war out, others may side against you in the long run. Any returning character who was under 20 years of age in Book 1 will receive an updated design. Don’t worry, Luigi is planned to return. Why would I ever cut that beautiful man?

What’s gonna be new about the gameplay?
This is where the fun part is, since Book 2 is much-more Kaga-esque in its design.
This means: 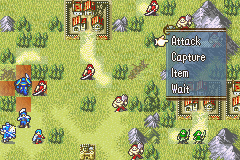 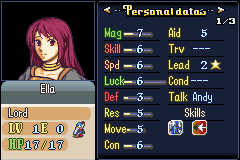 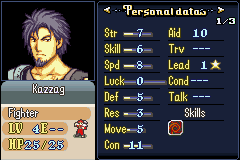 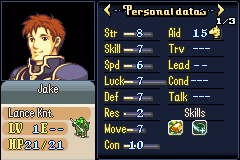 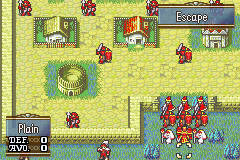 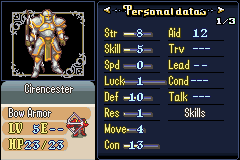 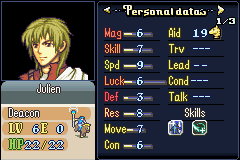 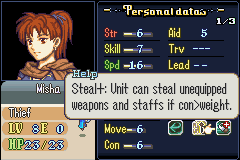 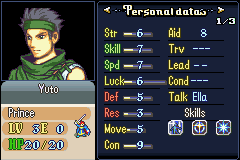 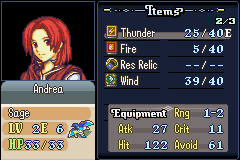 Do I have to wait for you to finish the hack for a release like Book 1?
Guess what? You don’t!
This first demo has parts 1 & 2 complete, or 15 chapters of gameplay.

Book 1 was a lot of fun, so I assume book 2 will be similar. I’m not a fan of Kaga style things, but ehy, who am I to talk without playing it first right?

And Luigi is still in the game, so it’s going to be amazing anyway

Am Looking forward to this

Wait is that lord Ella, Ella from book 1?! WOW she’s all grown up and looks great. Can we expect others to age or will their mugs be reused? (Asking because I see Misha and Jake still have the same mugs)

If they were under 20 in Book 1, they get redesigns (I have a doc with all the character ages).
The current exception is Lucas, who despite being 17 in Book 1, uses his old portrait as a placeholder because I haven’t decided what I want to do for the redesign.

So I got what I needed to do done, so it’s time for the demo!
I’ll also update the OP to add this link and some stuff I forgot about.

TFW mage fliers r gone??? Oh Gg luna nestor no more
And i didnt use my dark flier much too in book 1
And… Plz dont let us play smash at postgame its too hard

Support conversasions can be found riiiiiiiight?

I think bond supports are an excellent idea and less stress on you. We truly have gone full FE5 boys.

Tho ur postgame at book 1 is kinda weird
only a smash stage and whats the other ones (I dont think its finished but the map showed many other… forts and green bois?)
bonk support?
what does kaga mean anyway
wait do u plan to make some late game chapters 20 ppl limit so a bunch of ppl can enter?like some 5 bosses chapters
wait single branch promotion? dont tell me that I cant go mage knight el…wait shes a melee lord now? oh well then I suppose lucas is the master knight? and plz give steven the 15 crit nomad too? cuz nomadic trooper are awesome give us more body rings plz cuz someone have to kidnap everything (maybe steal++ that makes u steal nearly everything even if the con<weight? 5 con wot are u going to steal anyways)
fix the relic cap growth bug too (spartan:dies) any trainee units?

By Kaga, I mean mechanics and design seen in the first 5 FE games.

Actually, for reasons I can’t quite disclose yet, later chapters will have larger deployment, though probably no more than 16 at once.

Ella is basically her old self but a lord, so she’s buffed

I’m not sure how to fix the relic cap bug, since that’s more of an issue with the patch instead of something I know how to manage

Yes, there are three trainee units. The first boss drops a trainee seal to promote them to one of three classes, and each trainee gets their own set.

The cutscene with Tina at the arena causes a softlock. 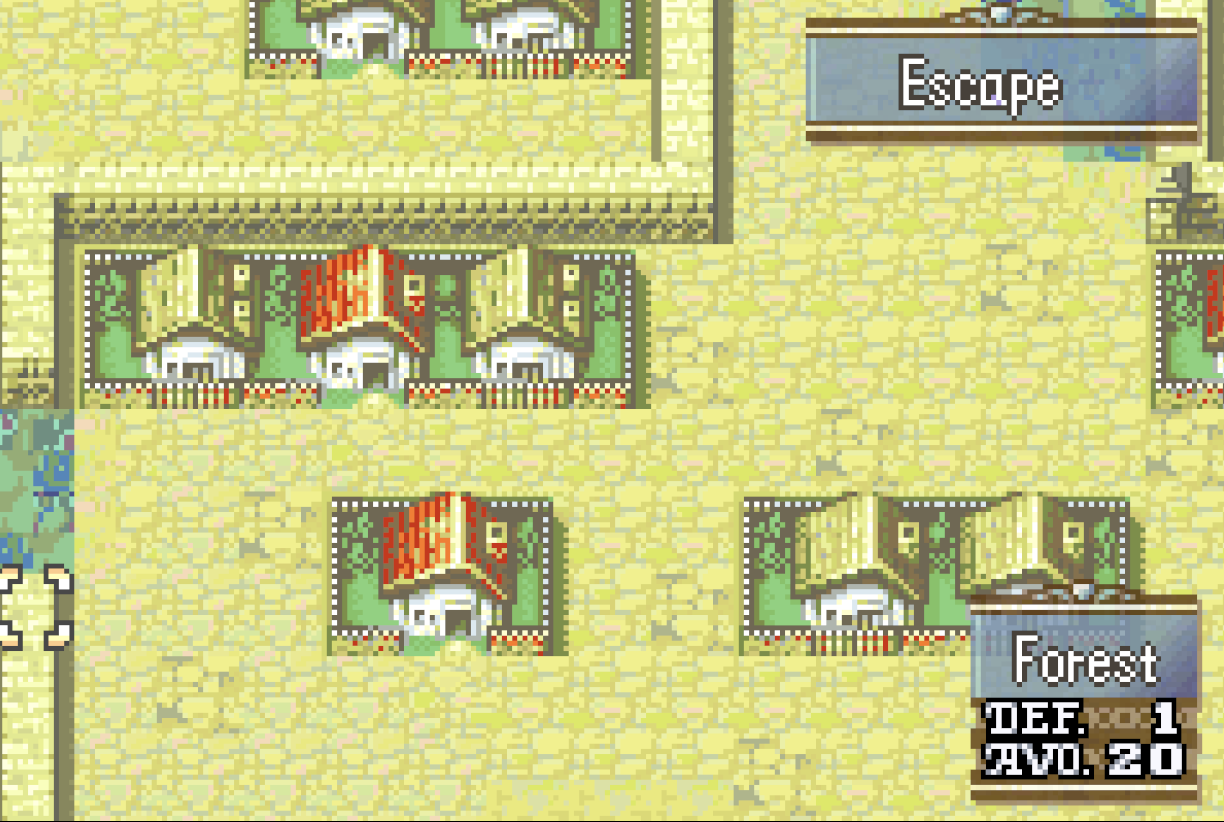 This bug happened to me as well, but are you sure it’s a soflock? For me, I just couldn’t see the units so the chapter was unplayable, but just suspending the game and then resuming the chapter fixed it

Oh forgot to mention
If u put that experimental brave tome in this game and not fixed the animation freeze… Ppl will post it on the glitch thread lol that glitch was also pretty gorgeous
(Wtf the animations)
Ella be like (wait isnt this what travis said wtf)
And wtf eirika quote at first chapter
Where is my halberdier stephen?
Double villager but no amelia bruh
And why its beardorcas
Talk to jake with jane will pull ella from 4th dimension another glitch
Lv7 trainreeeeeee i want to die
Ch3 house aftwr visit will become gate (minecraft hnnn)
(Is that u will give a pair of each class later cuz idk if i shdnt have make jane a myrm
Plus capture battle preview isnt working well
It says enemy has 18 hp but actually its 6
It said i will deal 4 damage but actually 9

Edit:
Feeling:Nooooo the boss stole Derrick’s vanity, no more player phase deleter
Feels like most of book 1 char are nerfed
WHy do an archer has rogue set of skills ? what do u need to train a thief for…

Bug:Misha’s class is weak against arrows wtf
and Julien like to heal enemies when dodging wtf (animation error?)

I’ve updated the release to fix some of the bugs people noticed.

Bugs that I still need to handle are Theodora’s weapon rank crash and the Jake talk warp.