STAFF EDIT: The creator of this project has been permanently suspended from FEU for a long-standing and repeated pattern of harassing other users on the basis of race, gender, and sexuality, for posting jokes which promote racism and sexualization of minors, and for antagonizing members of staff repeatedly. This behavior is absolutely unacceptable and we can no longer in good faith let it go unchallenged.

In the interest of allowing players to make informed choices about the projects they choose to play, we are leaving the original OP, including download links, intact in the below spoilertag. We are prefacing it with this warning as we feel the community deserves to know about this creator’s bigoted behavior as it may affect their experience of the project.

Congrats on the release - enjoyed playing this for FEE3.

Finally had a chance to watch the FEE3 video of this, and I found myself pleasantly engaged while watching. The story and writing are solid from what we’ve seen thus far and the maps seemed fun. I’ll have to keep my eyes on this down the road.

I do have to echo Pandan’s thoughts with the bottom half of the second map’s design though - having it be less symmetrical in design (including enemy placements/types) and sprucing up the grass with some variance of light/dark patches might give it less of a… vanilla look? (Could edit the palette for the grass, too - was never really a fan of the default FE8 grass shades on that tileset.) Give it a little pond/garden in one corner or different fence alignments just to give it some visual distinction, for example.

Also, I know it was written the way it was for the outcome that happened, but in 1-0, what would stop Landon from punching/kicking/etc. the Prince of Gerra to try and loosen his grip on the gentle peasant as an alternative to an armed skirmish on foreign soil? If he was looking for something that wouldn’t count as an armed invasion against another country’s sovereignty, punching him out, grabbing her, and running could have been a narrative option, barring a size/muscle discrepancy between the two or the mercenaries and fighters that appear as enemies being his posse of sorts and physically at his side at the time. (And, obviously, it would narratively prevent the scenario needing played entirely anyway, but it might be an area to explore mentally for the character, with him thinking that it could be an option, but escaping wouldn’t really solve the girl’s predicament permanently, nor would it get them in the direction of the Citadel…)

I would say that the portaits are pretty simplistic, but I do understand that some are 100% placeholders while others might be “good enough for now” to illustrate the point with the intention of being upgraded/replaced later. I think they are probably the thing I found the weakest presentation-wise, so I hope the showcase and additional updates spur more pixel artists to help out down the line if you’re looking for portraits that provide more of a flair and touch that’s unique to your story.

Also, one last thing to note, with respect to @HyperGammaSpaces’ battle frame - I’m guessing that the “wave” pattern around the name boxes is supposed to be an exact horizontal mirror of the player box’s design, but there are tiles that aren’t flipped the correct direction on the enemy’s box. (I haven’t seen any NPC/4th Faction versions of the template, so no idea if those are correctly aligned or not, too.)

Good luck on the rest of the project!

Thanks for the feedback! I’m definitely going to be revising the bottom half of 1-1 in the future to make it more interesting to play. As for what happened in 1-0, Ardane is stronger than Landon, who didn’t want to risk the woman’s safety. He didn’t comprehend what the conflict would come to, but this is going to be explored more in later chapters as he develops.

I still have a lot of improvement to do when it comes to portraits. I’ve been getting better recently, but I want to get more gameplay finished before I worry about increasing their quality.

I just fixed the battle screen- it only took a minute in Builder. Can’t believe I never noticed that though.

So, I finally watched the Faith and Blood FEE3 video after LordGlenn said that people were “really sleeping on it.” Couldn’t agree more. This has some solid potential! Looking forward to seeing how the development unfolds over time. Keep up the good work!

I’ve done a quick playthrough, and the storyline seems interesting, to say the least. A lot of hacks try to be dark, but just wind up edgy, this one manages to nicely set a tone. I watch with interest.
Also, if you need an extra pair of eyes on writing, I might be able to lend them.

Part I of Faith and Blood is now complete! The Original Post has been updated with all the information you need. Happy playing, and let me know what you think

This was fun to play through, Bloop!

Gameplay, story, and character progression were all engaging and solid to me. Kudos on providing a fulfilling experience for Part I and ending on a high note. I’m eager to see where you go with it next. ^^;

After demoing this at FEE3 (and enjoying it), I recently recorded an LP of the current release and want to share it here:

Had a lot of fun with it!

I usually subscribe to the Primefusion method of working quietly until I have a solid amount of progress to show off, but with FEE3 coming up and Project of the Week going on, its a good time to make an update post. I’ve been working on Part II, and while I don’t expect to have a release ready for a while, I do have plenty of things I can tease 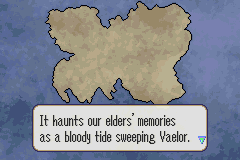 Version v0.2.2 features a reworked Part I with aesthetic, gameplay and musical changes! Once again, the original post has all the links and information you need. I haven’t included any of my new chapters from Part II as I plan to release each Part as a whole. But, tune in to FEE3 tomorrow to see chapter 2-1 and a sneak peek at what follows. Stay tuned!

Best project finally getting the recognition it deserves.

Congrats on the release dude! 2-1 is my fav yet, excited to see what’s next.

This hack’s concept is one of my favorites, please tell me it’s not dead! 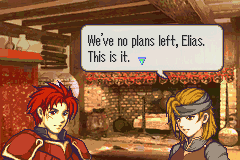 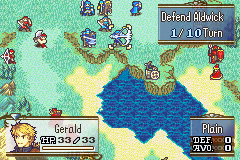 For those who’ve been waiting for Part II, I recommend tuning into FEE3 this year

Nice to see that this project is still alive and kickin! Hope to see more chapters soon!