Greetings, I’ve been working on this project for the past couple of weeks. It started when I wanted to replay FE6 on Hard Mode but was tired of the searing eye pain from the FE6/FE7 High Contrast.
It kinda grew from simply adding the darker outline on portraits to adding new/updated Battle Animations, to repalleting characters, then to recoloring tilesets themselves.

Well, I’ve gotten to the point of releasing a UPS for other people to try and see how they like it and help bug squash. The scope of the project is to recolor to be closer to Artwork / FE Heroes, while maintaining less bright colors, and unify nitpicks between FE6/FE7. (Like Marcus’s Orange and Purple Armor). I don’t plan to add new classes outside of purely visual. Think a upgraded Brigand for Berserker for Gonz so he can still scream-crit or Narcian being a Wyvern Knight instead of Lord.

I did make minor balance changes when I first started the project I haven’t reverted. (All Items values up to FE8 Standards, Armored Knights move 5 spaces, Wade & Lot’s Growths) anything outside of this scope belongs to the Masterpiece MoD will be.

I’m currently playing through it slowly on Hard Mode so as I get to what needs to be fixed I will.

Download v3
Apply to a CLEAN JAPANESE Rom Only!

If anyone wants to use the portraits I will be linking them in another thread, or feel free to take them in FEBuilder after patching a Rom.

If anyone wants to contribute feel free!

Tell me all your nitpicks and feedback!

So far it all seems good, the only immediate thing that caught my eye was Douglas beard wasn’t as darker/contrasty compared to everyone else. Like my eye immediately went to it . But besides that it looks great.

I’ve got a couple questions:
Why not use the Brunnya archsage anim?
What translation does this version use?
Are you using the blinking patch?
Are tanned characters actually tanned in their battle anims?

Also, if you’re planning on having the weapons posses the fe8 values, you should also change the weapon triangle values to those of fe8.

I agree! It keeps bothering me every time I scroll past it. I be looking into fixing it later today.

Does the translation patch have the romanized fe6 names or the CYL fe6 names? I can’t really tell. 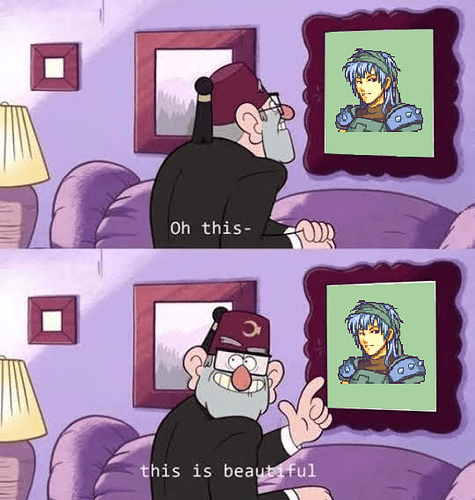 Updated to v2, felt inspired after releasing it.
Download v2 Here
(No Idea if you can re-UPS a rom, but should be able to continue playing if you name the rom as your previous version) 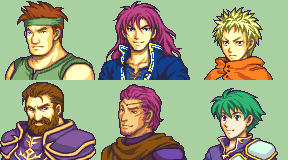 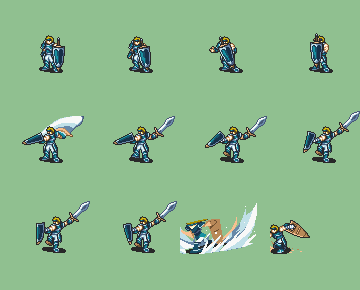 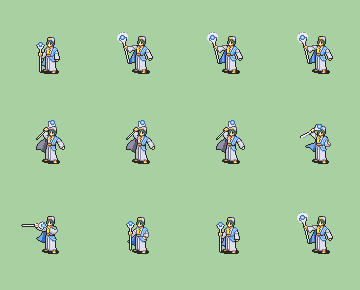 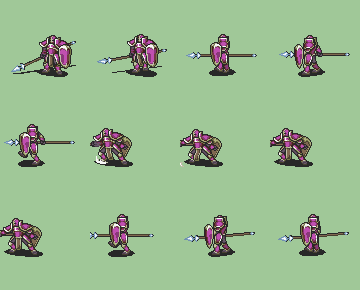 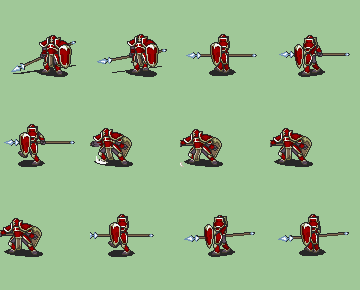 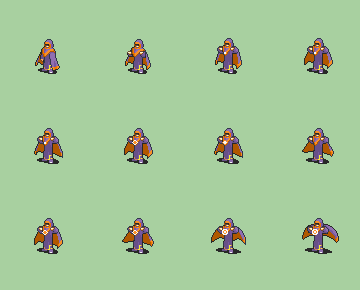 made some palletes for
Henning
Nord
Orlo
Rude
Slater
Wagner

I feel like Wolt has Cecilia’s colors.
Also, damn, I hoped it were the CYL version. 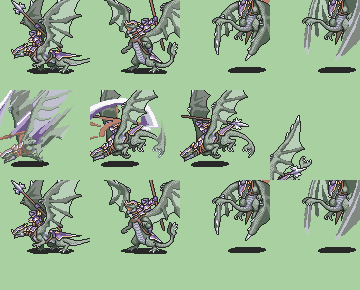 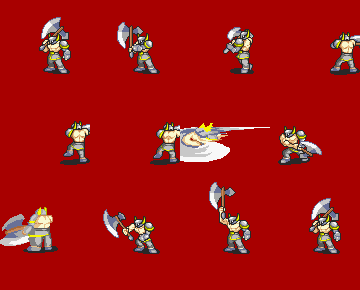 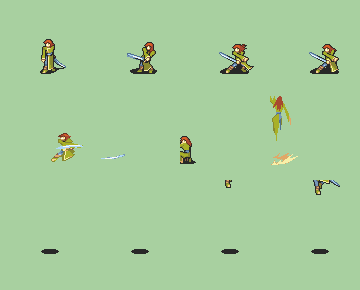 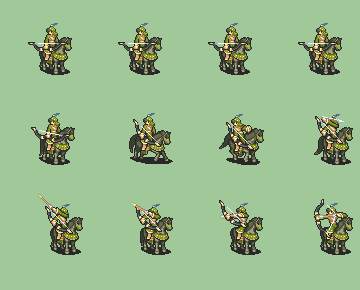 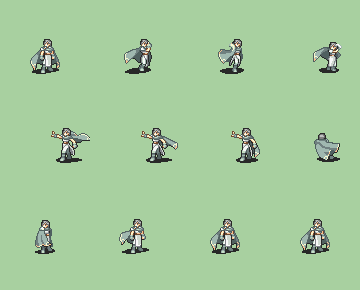 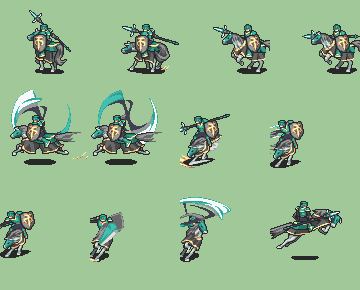 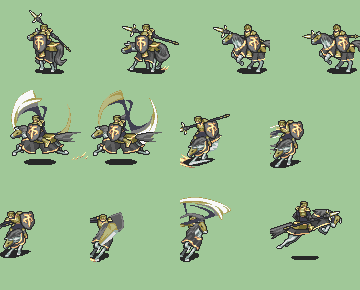 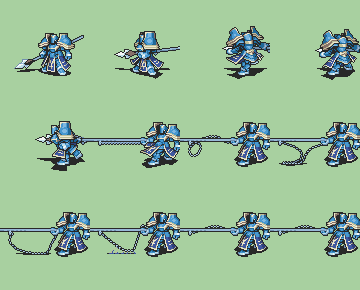 @Smug_Mug Excellent Work. I’ll be doing a pass on enemies over the next week or so. You’re free to contribute.

@Jeorge_Reds Now that you mention it, I am noticing a similarity between Wolt and Cecilia’s Colors. Esp in the Hair. I wasn’t a fan of the Neon Green Hair…but his FEH Art reflects it.

As for the names that’s on the translation patch. I think it would be too out of scope to try and fix that.

there are no black people in elibe

Oh well… I’ll just have to bear with it. 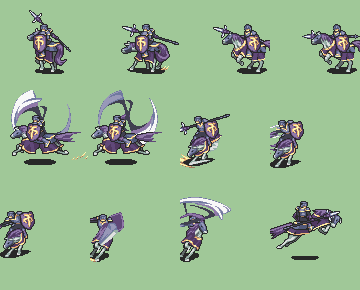 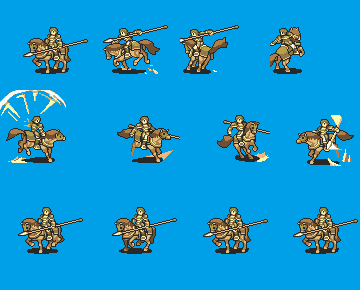 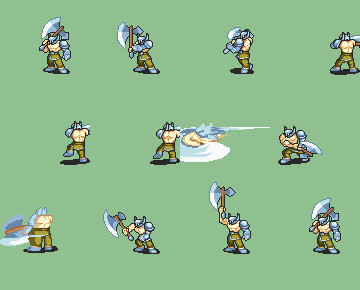 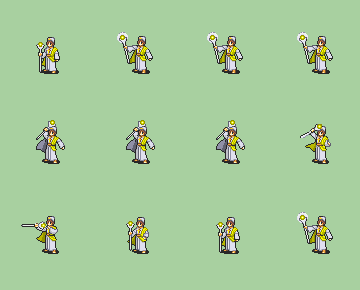 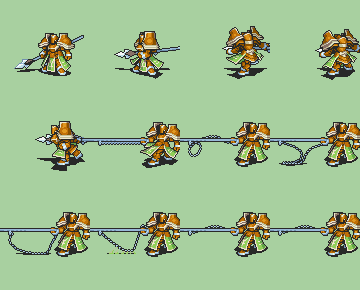 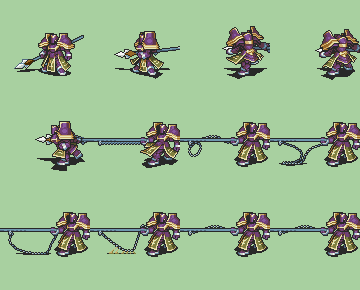 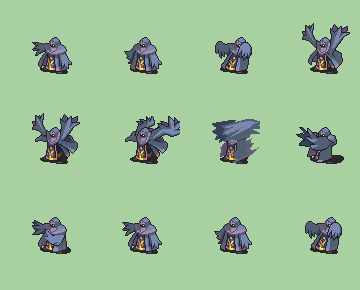 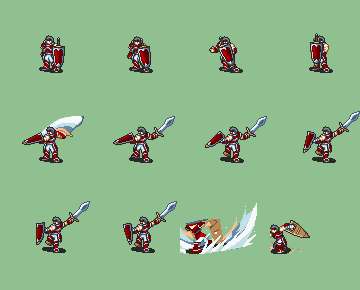 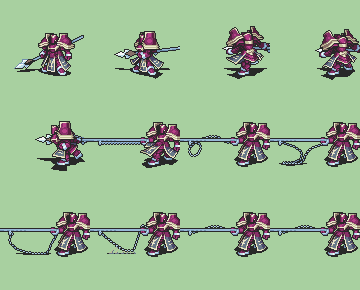 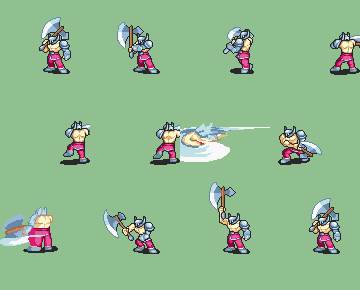 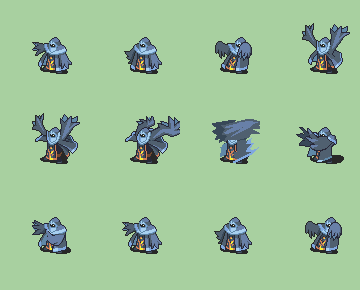 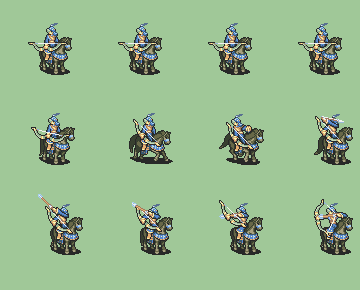 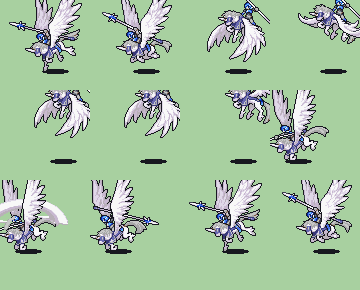 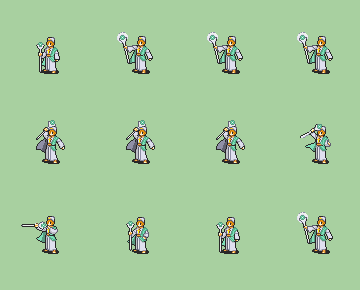 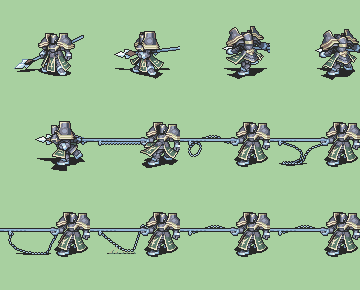 yea you need a jap fe6 rom though

@Smug_Mug Excellent! I’ll be sure to start working on adding those this weekend.

I have a couple of questions for the community, and hoping for some feedback.

And here’s a preview of Enemy recolors.

I would keep the vanilla generics, replacing them kinda defeats the point of the recolor.

I’m indifferent to Barth’s tunic color. Go with what you think is best.