What Hack Characters Are Your Favorites and Why?

Onderdonk from VQ is hot

The one who sticks out the most to me is Roswell from OCR. Without even trying he manages to personally insult the player and does so when we’re in no position to talk back to him.

I could name most of the main cast of Dark Lord and the Maiden of Light here, honestly, so instead I’ll name some units from that hack that don’t have much right now (at least until Supports are implemented).

There was that one badass halberdier dude from Kent’s route in Elibian nights that shows up for one chapter, kicks some serious ass and then goes off again. Too bad I forgot his name D: .

There is also Commander Sylvain from Legends of Avenir, because of her unique playstyle and the fact that she’s kinda broken she’s a really nice person from an army that isn’t that nice. She’s also a badass.

Lera from Vision Quest, do I have to explain 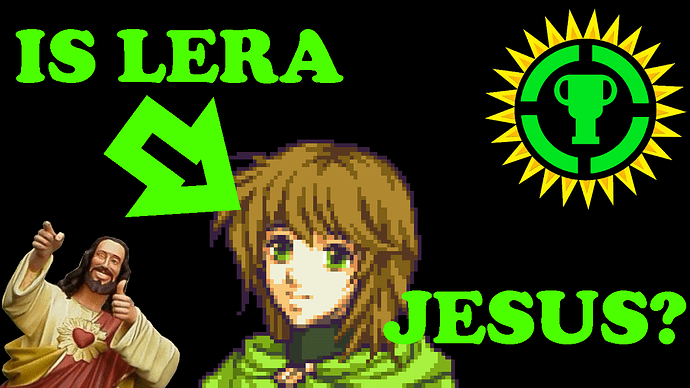 You will play Vision Quest when it is complete, you will use her and you will give her all available statboosters or I will track you down and break the joints in your body one by one until you comply.

Truly this is the most epic and wholesome content I could have imagined.
no one tell Scraiza

Elias from Faith and Blood, both as a character and a unit. Very interesting take on an illegitimate child and his relationship with his legitimate brother. Fast axe user with good accuracy is fun.

Dream of 5 Garath is a favorite. Bow-focused warrior Jeigan with a hefty longbow and a tough attitude? Sign me up!

I like pretty much all of the VQ starting crew (yes, even Lera!), particularly Arckady and Vagelis.

TNH Brian is an icon. Who needs armors when your thief is tankier? 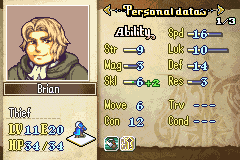 Dream of Five’s Garath. Bow warrior jeigan is super fun and I enjoy his writing.

Rakel from Souls of the Forest. The scene with her hat is very wholesome. Also an enjoyable unit. Aenny is a really fun unit too.

TNH Brian as a concept is fantastic.

Also, The Captain from TRTR is one of my all time faves.

The Captain is so great that he doesn’t even need a proper noun to be memorable.

Do5 Garath. Though Warpath and Pandan have already covered everything there is to say about him.

RtR Ava. Unique jeigan concept, and while she initially sits on the sidelines being all “training training training”, once her backstory comes out she has a much bigger stake in the story than Vance does, and actually becomes a really good unit once she’s forced out of her shell. She deserved to be the main lord for the entire rest of the game after Vance’s absent spell tbh.

VQ Titus. Sadly I can’t really say much about him without spoiling beyond the end of the current demo. Just play VQ when it releases

Setanta from Last Heavenly Throne, and Vergil from Lonely Mirror. They’re both incredibly strong axe cavaliers (one of my favorite classes) who feel really good to use, but they’re not really that overpowered. Using Setanta or Vergil to their full potential actually does require quite a lot of strategy, but it feels super good when it does. (The flyers in Staff of Ages are also a lot like this for me. Using them legitimately feels like just flying above the battlefield and swooping down in the perfect locations.)

From a more well-rounded perspective, Arckady and Esfir from Vision Quest. They’re strong units (I’m pretty sure everyone who’s played VQ agrees that Esfir is at least high-tier), fun characters (read Esfir’s boss conversation with the 1-F boss. Just do it.) that also have a surprising amount of depth, and good portraits.

Neptune from Hiraeth. I mean, just look at her perfect mug. She’s also your only way to winning the first chapter lol

Nazar is pretty cool too, if anyone remembers the VQ Iron Runa he was our saviour

I don’t know, I need to play more hacks

caiaphas hiraeth but the world isn’t allowed to know why yet.

Lawrence from dragon herald (based on how he could two shot every enemy and 3 shot the final boss) (the above calculations doesn’t work if he activate crit or pierce, which results in instant death)

real favourite: tactician from the dark lord and xxxxxxxxx hack , a real smart one, but not spamming tomes and swords one (although favors kiwi too, but not as much) (ok fbi is knocking on my door)

Sigurd from Fire Emblem IV: Inheritors of the Crusade.

Titus. He’s a super entertaining character with believable motivations. His arc is one of the best parts of Vision Quest! The game wouldn’t be the same without him.

I liked Faratras and her different take on FE8’s Demon King. I enjoyed the twists and turns of her story, and she’s a pretty decent unit herself being a rather tanky dark magic user. She may now no longer count as a hack character, but I’m still looking forward to how her story continues elsewhere.