We now have an official hack discord! Come join us here!

About me:
Want to include this section to provide more insight into my design choices. I’ve been an FE fan since FE7 hit the west. I knew of Fire Emblem through melee and immediately went to purchase the game after my friend showed me the game where “Marth uses an axe and Roy was mistranslated”. (For the record, the first chapter he showed me was New Resolve, and the first animation I remember is watching Guy crit-kill a monk. I was immediately intrigued).

Since then, I’ve played every mainline FE game. While I’ve enjoyed all of them to varying degrees, my favorites are FE3 (feels the most Fire Emblem-y of all the games, I’d say), FE5 (neat mechanics, Dalsin’s my favorite character in the series, and Leif is my favorite lord.), and FE9 (best cast, worldbuilding and writing). I got into emulation when I wanted to play FE6 in English, and then learned about rom-hacking through Tactics Universe (better known now as The Last Promise). I wanted to make my own hack since I learned you could do it, and used to mess around in Nightmare to change classes around. Once I learned of all the new things available to hackers in FE8 (which was untouched back in the day), I decided to dive in after wri​ting​ up a script.

When it came to making a hack, I wanted to create a game that would be challenging and fun, while offering enough variance to (potentially) make each playthrough unique. I dislike the newer entries emphasis on skills, so I wanted to implement a more pared down skill system that added unit flavor without making anyone gamebreaking (ie there are no proc skills in this hack, while all foot units get shove). I also wanted to make effective weapons useful and enemies threatening, so I think (From my initial testing) that this game is more player phase focused on the whole, but I’ll leave that judgment up to you. I made common throwing weapons weaker and heavier so they’re less desirable to use, and gave swords more of a niche by creating a diverse array of effective swords.

From a story perspective, I wanted to make a story that deviated from the norm and focused on small scale events, similar to Thracia. I also wanted the central character to not be of noble birth (and not find out he’s a noble later on in the story, I promise). Additionally, while the story does touch on more serious topics, I tried to pepper in some humor and lighten things up. I hope that the story isn’t cringey and that you find it serviceable. (I promise the endgame boss is not controlled by a dragon)

Plot
The continent of Yaska is home to six nations, but the largest and most powerful is Nevan, an Empire composed of states that swear allegiance to the Emperor. In the rural state of Belaro, Lord Gradin, head of state, imposes cruel taxes on the people and jails those that cannot pay.

A young farmer, Storch, along with his hometown friends, fear the worst. Seeking to protect themselves and their families, they look to procure funds through less than savory means. Conflicted, the group begins their plunge into banditry in hopes for a better tomorrow. 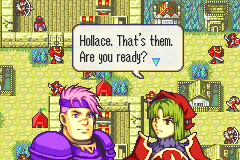 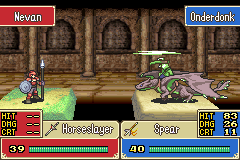 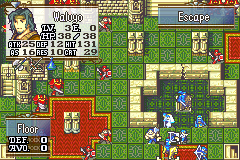 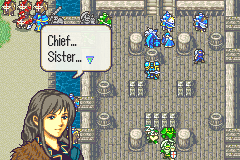 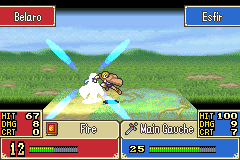 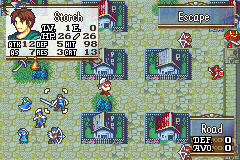 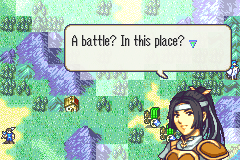 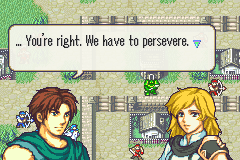 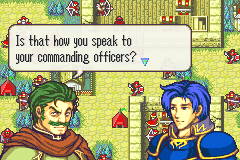 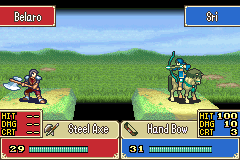 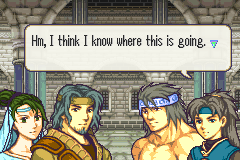 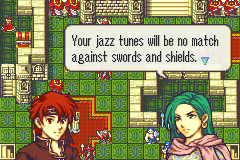 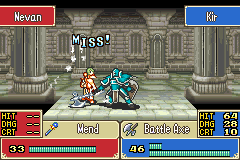 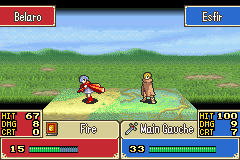 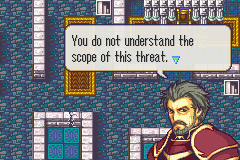 Credits​ (please correct me if this is wrong/inaccurate)​
7743 for FEBuilder and willingness to provide technical support
Tequila for patches: Show Battle Stats w/ Anims off
​Circles Everywhere: Skill system
​Circles Everywhere: (and VBA team): Gaiden music MIDIs, among other things I can’t think of off the top of my head.
Zane for the modular mini-mug box, and Scraiza for the custom box.
Sme for magic sword rework
​Klokinator for compiling the Animations Repository, made my life so much easier. ​There’s a few with credits, but most are uncredited, so apologies to those I missed.​
NickT for his collection of free-to-use mugs
MK404 for FE10 Fighter battle animation
L​G’s sprite freebies
Capibara’s F2U mug collection
Black Mage for Female Fighter
Temp for Female Warrior
The Blind Archer for Halberdier 2.0
​Subbastian for Wyvern Axe Map Sprite
Sme for FE3 music rips and amazing MIDI -> GBA guide.
Alusq for the Armored Merc
AstraLunaSol for the M/F Soldier, map sprites, and battle cards
Team SALVAGED for cavalier, paladin, mercenary, and armor knight animations
Scraiza for the Bow Fighter map sprite
Sephie for the sword pegasus map sprite
Flasuban for the soldier M and F map sprites
Scraiza for the custom Storch sprite
Pikmin1211, Maiser6, Ukelele, SD9K, Temp, Black Mage, and Wan for the F!rogue repalette animation
Cipher Lee for Greil Lord animation.
L95 for horse map sprites and class card
Pikmin1211 for the MK404 F!fighter edit and map sprites
Vlak for the axe nomad trooper edit, Pikmin1211 for the repalette.
Pikmin1211 for the gem weapon icons (emerald axe, sapphire lance, ruby sword).
Scraiza for the small text hack to fit long names (Onderdonk, Honeydew, etc.)
Wan and Pikmin1211 for the battle screen
InvdrZim13 and Tequila for playtesting and sharing valuable feedback very early on in development of the hack

How Can I Help?