REDFE - Yes, Roy is in this game

E - Come to our discord server for the most recent releases!

Check out the REDFE community on Discord - hang out with 162 other members and enjoy free voice and text chat.

REDFE is an FE8 (U) hack featuring a lot of red haired characters. Sounds familiar? Yeah, this is inspired by Midori.

Originally, this idea started out as some people throwing around idea’s after playing Midori. We looked at different colors like red, purple, yellow, etc.

Purple did look interesting, but eventually I decided to start up REDFE as a bit of a learning exercise, since I’ve been watching FE hacking for a while, but I’d never really commited to learning.

A lot of these modern tools are real easy to learn and I’ve gotten a ton of support. After I got given my first mug from Tyty, I felt like “hmm, maybe I should actually do this.” So I’m here now.

The most recent version of the patch can always be found in my discord but the last patch in the thread runs for 13 chapters. 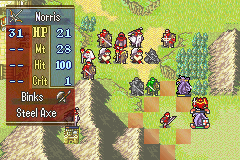 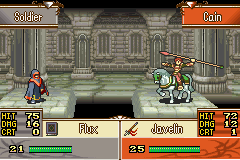 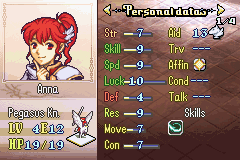 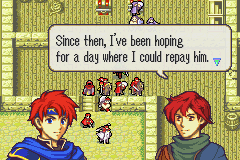 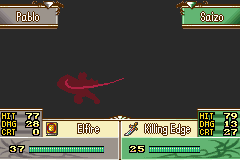 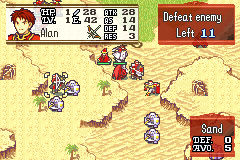 Taking a leaf from Green’s book and making out units red, eh? Good to see some solid effort going in. Good luck!

Are the different colored stats representing their growths like FEIV?

Keep up the great work!

You should rename the hack something catchy, like Fire Emblem Crimson Road, because the road will be paved red with the blood of red haired waifus.

Or something else. Idk. RedFE seems kinda underwhelming.

@ me if you want some maps done

This is sick, can we get multiple Annas?

Nothing like that planned, that Anna mug is from before I was including 3DSFE and I needed some pegs. So I made her one.

I dunno Klok. Crimson Road sounds like every other FE ROM hack. I’d just call it Crimson, or Scarlet. Or maybe translate red into another language, so maybe Fire Emblem Aka, or Fire Emblem Rojo.

Before this thread devolves into The Under, do you have a list of character sprites you still need?