A new project I wanted to make after some time doing FE8 hacking.
This hack is somewhat similar to how is handled in FE 10 (Radiant Dawn).
I’m working with a team to make this hack.
Here is what to expect. 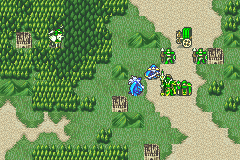 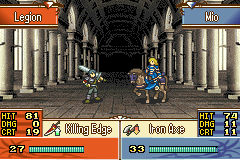 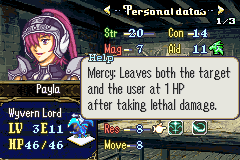 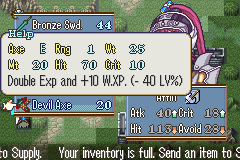 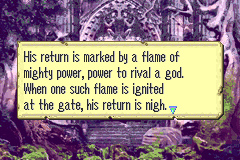 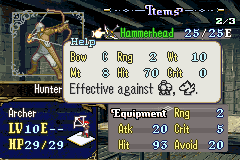 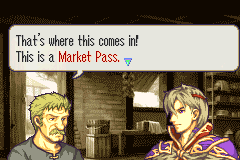 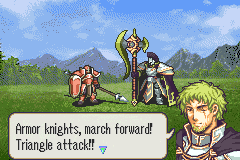 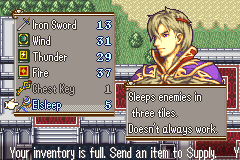 Hope you have fun!
Credits are in the download.

Give a Shoot to this hack guys, you wont regret :b

How far along is this hack?

This is looking good best of luck to you.

Hey, glad to see that this is still going along. I’ll give a try to the demo soon

Hello! Just finished the Demo and i have to say it’s a pretty fun romhack! I really liked what’s available so far, and it felt pretty balanced, with a few exceptions due to the high amount of S rank weapons on enemies towards the end of the Demo.
My only complain is that wyverns not taking effective damage from bows (I do not know if this is intentional or not) Really weakens the available bow options for the player, i understand that this is balanced out by making them weak to thunder magic, but this leaves Cinthea as the weakest unit in your team by far.

On another note Tier 3 Classes, or at the very least Raider and Marshall, have incredibly high exp gain, its not a problem for now since the Demo is too short for it to matter, but you may want to change this in the future since they will easily outpace the difficulty with their fast growth.

Thanks for the message and I’m glad it was fun for you!

To clear up the issues, the reason enemies have s rank weapons is that I have an incline enemy power rule that when an enemy is a certain level and what chapter it is, the enemies will have stronger weapons.

As for the Wyverns.
Like the description says, this hack is more or less built like Radiant Dawn and RD made Wyvern classes no longer take Eff. damage from Bows.
Also, the weapon descriptions like bows or magic, give a detailed tell on what it is effective against.
Like the Hammerhead is Effective vs Armor and Pegasus.

Also, the T3 classes having more exp gain is unknown to me but I’ll leave it be because that won’t matter in the endgame chapters since all enemies will T3 and your units will have had a prep chapter that allows all units to reach their cap in power since it will Recommend you do so since it will become a blood bath in the end zone of the hack.

The Master crown in the demo will be the ONLY one to get before the end game.

It will mainly come down to your ability to strategize in the last chapters.
The chapters before is where characters REALLY matter.
Not only that, but the hack will force drop characters for certain chapters forcing the player to change up units.

Hope this clears things up a bit.

First of all, these are just my honest opinion, though I try to be objective as much as possible, so you may or may not consider it.

I have 3 questions about the hack for the people who played the demo.

Who was your MVP?

3- In general bosses weren’t very hard, but i remember i had some trouble with the boss on the chapter with an arena and a turn limit.

So, I just finished this hack and I have some new opinions regarding some of the aspects I mentioned before:

Other what I just mentioned, everything (plot, lore and world building) is still pretty strong for me.