High crit appeals to me, an avid follower of the Crit-Cringe ratio. So yes please! 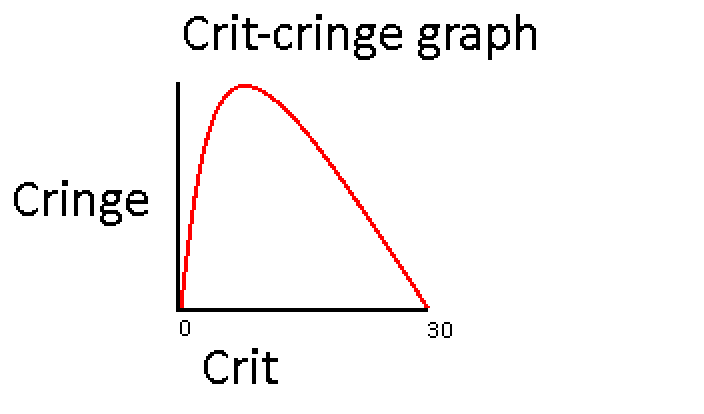 I’m feeling generous.
So have a few more screens. 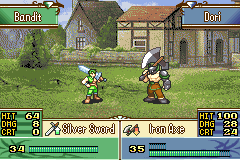 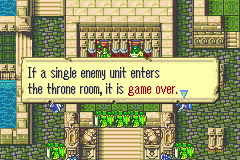 Special fact about Barracks: They are designed to be a major threat to the player by spawning an infinite amount of enemies, the first five waves of enemies spawned are the only ones that give EXP, the ones after, do not. And yes, they buff nearby enemies too. The enemies they spawn are weaker than the map enemies, but only if the Barracks are difficult to reach. This gives the player a reason to not take too long, else they will get overwhelmed by enemies.
(Screenshot of the enemy not final, DEF and RES was nerfed to not be a slog to kill.) 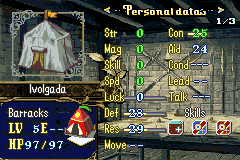 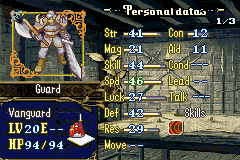 Also, expect to see these guys running around in the endgame.

That is so unique and cool! Can’t wait to try this bad boy out!

By the by, in the later chapters, if you see a Druid, always check inventory.
Sometime they will have this damn thing. 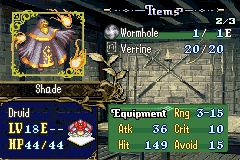 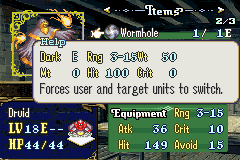 Updated the hack title.
We’re in the endgame now!

Made an account to say I’m really excited to play the hack and to wish you guys all the luck.
Cant wait!!

I mean as in: I lowered BOTH DEF and RES by 6.
So the shot you see is the first version of the enemy.
So imagine it’s def and res lowered by 6.

Special weapons only in the endgame!
Note: This is the last screenshot I’m sharing.

Unless player unit str/skill by endgame is an average of 45, the Ravel looks kinda sad next to the other two lol

Nope! No backfire. It is all luck of the draw if it will land.

I’m going to give a fair warning on the final boss battle.
(Yes, I’m still working on it.)
It is a VERY difficult fight, powerful enemies, summoner foes, and a boss that will try to harass you
with statuses.
Hope you’re ready for some chaos.
BUT, you get to field EVERY UNIT YOU HAVE!

Hopefully there’s an arena or something in an earlier stage so that you can have an actual army instead of the usual good people and a bunch of benched guys.