So, long-short story, this is my remake idea for
Fire Emblem 4 - Genealogy of the Holy War.
It won’t be exactly like the source game was,
because if it were to be a perfect copy of the source,
then it would be better to go and play the original.
So, what I mean is that I’m remaking it, and while
I’m setting it to be as close to the source as possible,
I’m also adding in some extra stuff, that I feel to
be necessary to be a even better hack.
For example:
Thracia 776’s characters, like Eyvel, Orsin, Olwen.
As well as slightly altering some stuff.
Some other examples include myself taking some events
from the Manga version and altering it myself.
I also plan to make Ishtar and Julius characters to be
more relevant, and/or likable as well.

So, what I mean is that, please don’t tell me:
“This is not a Fe4 remake.”
While I call it remake, all ROMHacking is actually
a playable fanfiction.
So, yeah, this is my version into Fe4’s story.
But don’t worry, I’m not some edgy teenager
creating a cringe-worthy story.
I try to make this hack as close as possible from what’s
considered canon or not.
And yeah, Arden is there, he’s a joke, but the reason he’s
there is for the lack of armored units. Hanibal joins too late
and giving Darsim/Xavier to the player would also make them
come out too late. 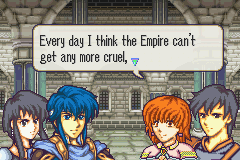 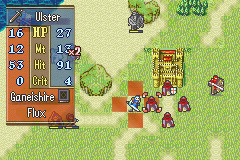 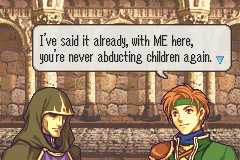 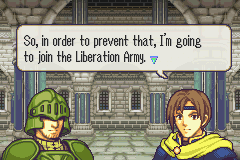 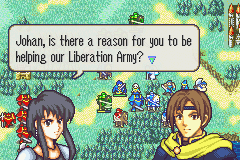 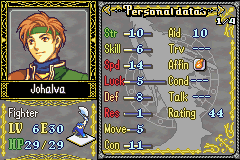 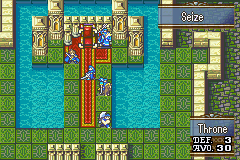 Portraits:
Most by me(Yang Kai)
Some others by Atey/Mikei Seregon;
Fee is and edit of miss-tama’s Erinys;
Ishtar is complex mug, it was made by all of the talented spriters:
blackavar.flyingace.peer.lehn.vividria.blackmage

Eventing:
All by myself.

Tools:
All the people responsible for the
Buildfiles method to work.
Name a few I know:
Circles, CrazyColorz, Tequila, Teraspark.
If you feel you should be credited as well,
do not exitate to bug me.
Fire Emblem Builder by 7743(I used it to format songs)
Fire Emblem Editor by Hextator
Nightmare Modules by Blazer.

So yeah, here’s the first demo version of the hack.
It goes from Prologue to Chapter3.

http://www.mediafire.com/file/c6tuu5ttudvev8j/Genealogy%20Remake.ups
Patch to Fe8 (U)

I gave the demo a spin last night, and it seems alright. However, I have a couple of issues with it as it is right now.
For starters, why doesn’t Lester have Canto? Both Oifaye and Delmud have it, so I presume it’s not a case of removing the skill entirely. For that matter, why is he so bad in general? He can barely damage most enemies, and if he’s given the steel bow, he can’t double anything.
Was Julia’s loss of staff rank intentional? Or did Lana just forget to bring that spare mend with her?
The lack of equipment is also a bit of a concern; when all your units have things like killing edges, not being able to fall down to an iron sword can be troubling. Nothing broke on me, but it’s still a concern for me.
The prologue was a bit too simple; three sword users easily mopped the floor with Harold’s fighter crew, with two turns to spare defending. I’d say add some reinforcements towards the end of the map so you have something to do instead of twiddling thumbs for two turns.
In general, the enemies aren’t particularly strong, with only the fear of getting mobbed by a huge swarm of zanbatos proving even vaguely threatening against Oifaye. But hey, being invincible is kind of his job. I still enjoyed myself playing this demo, though. Good luck out there, FE4’s my favourite game in the series. Do it justice!

I’ll have Lester being fixed in next patch, everyone is saying he is pretty bad(even though he was supposed to be bad since he’s bad iin the source game as well, but I plan on making him usefull)
I don’t plan on ever having Julia use staffs, she’s already broken with the Rezire Tome and being able to level up just by curing someone will break her even more. And I don’t plan on removing the Rezire tome or nerf it though. As of chapter 2 units start droping generic iron weapons and by chapter 3 there’s a shop to buy them.
Prologue has been revamped as this: make Harold start moving on turn 4, so you’ll need to run, instead of just waiting. And have spawn two Lance Cavaliers on turn 4 as well to add more bit of danger sense.
Oifey is Jegan archetype lol, be he has good growths that’ll allow him to continue being usable until the end of the game, not as good as Leif, Lester or Seliph, but he’ll still be a great unit.
Lastly, thanks for playing and Fe4 is my favorite game in the series as well, I plan on doing it justice, so people who are scared of the source’s giant maps can enjoy the story.

Lester is only bad if his father is bad…!

New update, a little later than when I promised to, but it was for a good reason.

http://www.mediafire.com/file/c6tuu5ttudvev8j/Genealogy+Remake.ups
Patch to FE8 (U)

Changelog from previous version to this one:

I swapped all lazy scaled-up portraits with lazy splices. Except for Lana, you guys will have a surprise with my spriting skills. It was a lot of work to do a full custom portrait, but she deserves it. >.>

Tweaked Chapter2:
Moved the armor knight that was on top of the chest.

Chapter 4 created and fully functional.
New units:
Johan
Rodolban(He’s there, but only joins on chapter 5)

I’ve also added a preview of an extra chapter:
Chapter 4x is there, full playable, but once seizing
the throne, the game will end.
4x characters:
Leif
Finn
Nanna
Eyvel
and Orsin.

Fee:
Buffed a little her atk.
But she’s still useless since there’s so many
axe users and bow users…

Lana:
Got Life To Serve

Is Marth in this one?

I removed because I put a friend’s bot in the server, and then the motherfocker kept creating new invites and random raiders joined the server, here’s a new one.

Also this thread is outdated as hell, big thanks for @Melia for creating a lot of amazing portraits for the project.
As I said in the server I’ll release the next demo once FEE3 begins.
see ya

Project revived
expect to hear from me soon ^^

Do not bump old project topics for the sake of asking about progress.