[Indie] The Story Written By Us (Demo Available!)

Hello FEU people, i’m very nervous but i think is time to start showing my project to the world so here is it, there is no demo yet, but i want to post a three map demo for the FEE3, so it would be nice to get some feedback.

“Man is condemned to be free.”
The future is the result of the decisions we make
and therefore we are responsible for our decisions.

The Story Written By Us is a Tactical RPG based on Fire Emblem with a great focus on decision making, both during conversations and while playing the maps.

The game focuses on two simultaneous stories that are not directly related, so the events that involve some characters will affect others.

The war between Delphos and Deir el-Bahari begins, so London Lacarde, priestess of the kingdom of Ellysium, and her best friend Emil Muse will have to fight as allies of Deir. Meanwhile a revolution starts in the kingdom of Lorem. Tibalt Samso and Orfeo Lionhart, students of the Lorem military academy, are dragged along, as they have to fight in the war, so the times of peace on the continent of Belater begin to look distant. 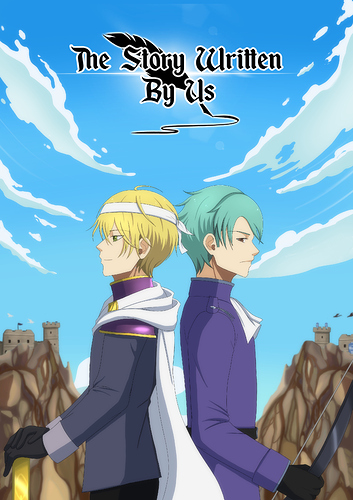 Four maps demo available, it still have some placeholders music/sfx, but completely functional

Any kind of feedback of the demo is welcome.

-Two independent stories, plus the addition of relevant supporting characters participating in both stories.

-Great focus on decision-making, decisions made during conversations can affect the stats of the units, the progress of the story, objects obtained, objectives of the maps, etc. In addition the secondary objectives achieved or not, and the performance on the maps are considered.

-Melee weapons can be equipped with different fighting styles that give advantages and disadvantages.

-Range weapons require ammunition that improves different aspects of combat, such as increasing the power or crit of the equipped weapon, or inflicting altered states on the opponent.

-In addition to the great variety of magic effects, it can also be used outside of combat with various purposes, such as strengthening allies, altering the terrain, or doing damage in the area. Using this requires magic points (MP) that are partially recovered every turn.

At this moment, we are developing for Steam (Windows); compatibility with other platforms is within our plans.

Looks good, also, now I’m curious, who is the artist?

This guy make the concept arts, and some icons and sprites:
https://twitter.com/Blaggi_stu
The main artist is a friend of mine, but doesnt have art profiles in social networks. Also she will not be able continue helping us, so I need to find another main artist.