Title says all. If you’re using an iPhone, please leave because this
guide is specifically built for Android users and I have no idea on how
iPhones work.

What you’ll need for this is:
-A clean ROM of what you want to patch (Can’t provide this for you, gotta find it on your own)
-The patch file that will be in use
-Google Play Store
I’ll get into what apps are needed from the Play Store later as the guide progresses.

Step 1:
First, you’ll need to get everything needed for the patching process.
You’ll need a fresh ROM of what you want to patch, which you’ll have to
somehow get on your own (You can move it from an SD Card, but I think
you can just download it off the internet in the same manner as a PC).
Then you’ll need to download the patch for the hack that you want to
play from your internet browser.

[Because I have no idea on how to screen capture with my phone, have some poverty camera.]
For this tutorial, I will be using the ROM titled “Fire Emblem -
Blazing Sword (Copy).gba”, which is a fresh FE7 ROM. I will be using the
patch for Elibian Nights, which can be found in Arch’s thread of the
same name.
NOTE: This tutorial isn’t specific to FE ROM hacks. You can do this
with other hacks for different ROMs, provided that you have the right
patch for the right ROM. 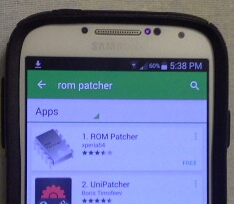 Then, if you already don’t have it, open up the Play Store and
download “ROM Patcher”. This app can be used for both IPS and UPS patch
files. Other similar apps can be used, but ROM Patcher does its job the
fastest from my experiences.

Step 2:
If the patch happens to be in a zipped file (rar, zip, 7z, etc.),
then you’ll need to extract its contents (Skip to Step 3 if the patch
isn’t zipped). Go to the Play Store and download “RAR for Android”. Some
similar apps can be used for this, but I recommend “RAR for Android”
because of its convenience. 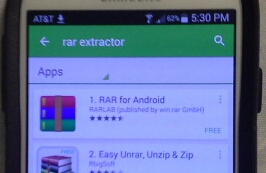 Once opened, the app will show the screen below. 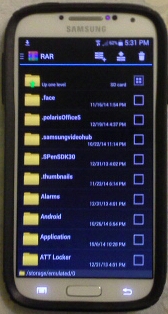 Go to “Downloads” (unless you somehow moved the zipped file
elsewhere, then whichever folder it was moved to) and then tap and hold
down on the zipped file until a drop-down menu shows up. Tap “Extract
here” and the contents should pop up right below the zipped file. Step 3:
IMPORTANT: For some reason, an error will pop up if the ROM happens
to be on an SD Card. You’ll have to make sure the ROM is in a folder
that isn’t on the SD Card. I recommend copying/moving the ROM from the
SD Card to “Downloads” because the downloaded patch should already be
there.

Once you have both the ROM and the patch, open up “ROM Patcher”. You should see the interface below: 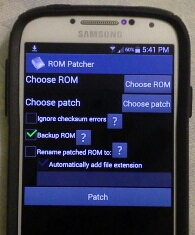 797×351
OPTIONAL: You can also choose to back up the ROM and rename the
patched output (though the rename option can’t be selected if the backup
option isn’t selected first). Backing up the ROM will create a copy of
the unpatched ROM before the patching process starts, leaving the
unpatched ROM and the patched ROM behind. 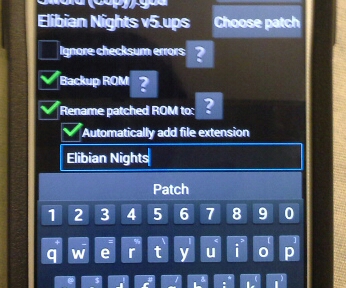 Once you’ve done that, then select “Patch”. The process should only take about a few seconds. 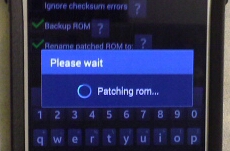 Step 4: (Optional)
For convenience, you should move the patched ROM to the same folder
in which you keep your other ROMs. You can do this by opening “My
Files”, selecting the “Downloads” folder, and holding down on the
patched ROM until a drop-down menu appears so that you can “Move” it to
the folder in which your ROMs are kept. You can also delete/uninstall
the files/apps used to create the patched ROM if you have no plans to
use them again in the future.

Once that’s done, open the patched ROM with your emulator of choice and enjoy! 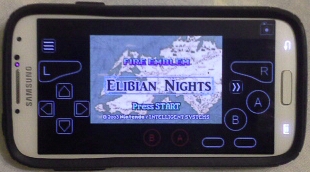 This is really nice and all but wouldn’t the best way to do this be to just hook up a USB to your computer and transfer the patched ROM across? Some people get confused by file structures and the process of transferring in general. It’s good to have a guide contained only to the phone.

Thanks for the writeup, Kiseki!

Ah, how I wish I had this in the good ole days when I didn’t have a PC to patch things. Wound up figureing all of this out on my own, but used 7-zipper instead of RAR for Android. Good times.

I did these steps… But the zip file was TOO open, whitch one do i choose?? Or do i get a new file? 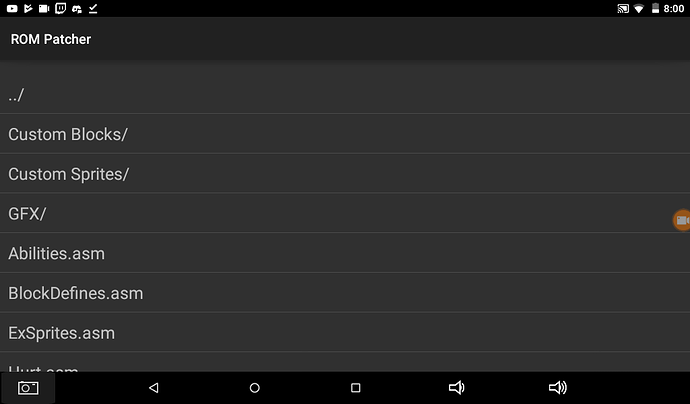 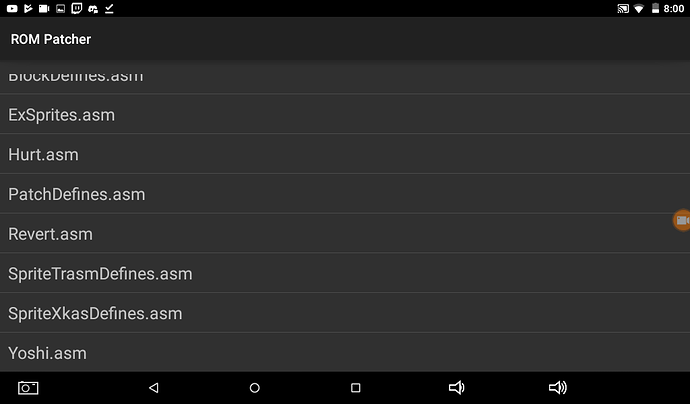 I keep getting an error saying “Input file size and/or CRC32 invalid”. I don’t know what to do or how to overcome it

Check the " ignore checksum error" box.
If still error, may be the roms or the ups files is broken