This like many other posts that involve concepts are from a person whose only experience with Fire Emblem are the GBA Games and a few dozen Romhacks of the GBA Games.

So I thought of an idea of adding Firearms (Muskets, Blunderbusses, and other Black Powder operated firearms) into a Fire Emblem Romhack since I haven’t found anybody apply guns in a fully integrated manner.

Both of these classes with the inclusion of the Sniper can use Firearms, but the Sniper class cannot get an S-Rank with the Firearms.

The weapons themselves have a central gimmick I thought of where the usual Firearm in the Romhack have Higher Hit; Might; and Range compared to the bows (Rifles can also deal effective damage to flyers) in exchange for the ability to Double Attack. There is one weapon that is capable of Double Attacking (It’s a bolt-action Rifle) but it requires an S-Rank to use.

So far the idea is still relatively new and requires a lot more fleshed out ideas to help add it in as balanced as possible.

Feel free to help out with this Idea of mine by pitching your feedback or your own (and possible better) ideas in the replies below. 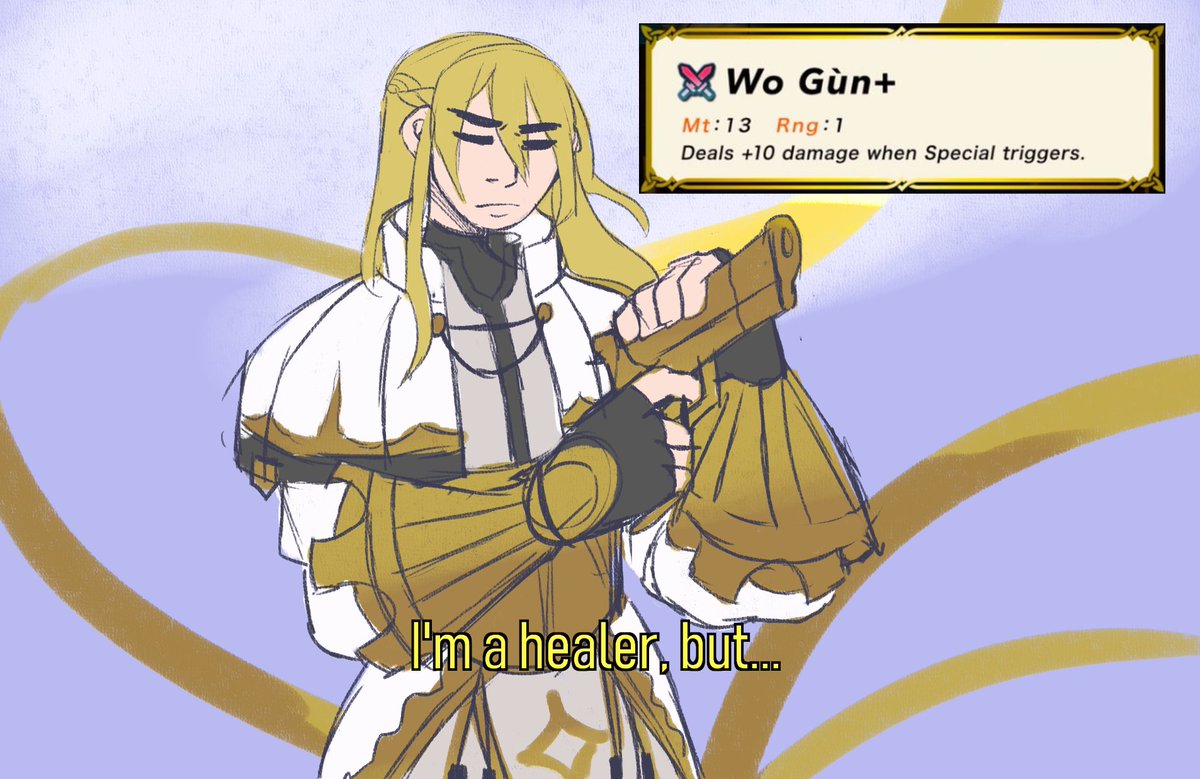 Here’s the idea i had for firearms in mind:

I’d make their damage scale off Skill/Dex rather than Strength, similar to what Chrono Trigger does.

[Scarlet Rising Promo Image] Hacktown. By day, an unsuspecting town known for its mining operations and peaceful atmosphere. By night, one of the most dangerous towns on the continent, where adventurers and outlaws alike indulge in the thrill of high-stake duels. One day, a famous rescue team receives a vague and ominous letter alerting them to a crisis in the town, and they set out to investigate… Introducing Scarlet Rising! Throwback to late March. I was quite literally days away from pa…

I’d make their damage scale off Skill/Dex rather than Strength, similar to what Chrono Trigger does.

I like those ideas too.
In my game firearms scales with Dex/2 and Bows with Dex/2 + Strenght/2, but also Firearms have a high base power.
And, even i will not do the “Not diagonally”, Wargroove did it and its very nice, Rifleman have IIRC like 3-10 range, but need to not move and only attack in straight line and is interesting.

I’d say that damage calculation is perfect. Both should have Dex because you should aim for weak points and you need Strength to pull a bowstring but not to pull the firearm’s trigger.

Dex/2 seems cool, but what about them being inaccurate, and to make up for that, being high might and piercing defense (luna effect)? Since most armor isn’t going to block bullets, it makes sense that it does flat damage. This way, dex/skill could also be pretty important in using it.

It sounds cool too
I think any way that makes them feel different, and not a “Bow 2.0” its nice, but also they need to no power creep bows tho.
And your idea is a perfect way to give em different roles, i like it a lot.