Unforgotten Heroes : Julius Caesar
A Fire Emblem 7 romhack I made for a project about Julius Caesar. Even though it is only 5 chapters long for now (prologue + 4 chapters), it covers his early life and his first battles in Gaul. Meet some real and fictional figures from the past and conquer half of the known world as the famous Julius Caesar.

Notes
Criticism about gameplay and historical accuracy is appreciated, but other than that, I hope you enjoy. I’ll probably keep on updating this Romhack after each made chapter since I’ve grown pretty attached to it. 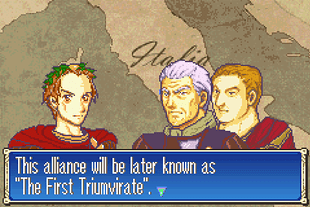 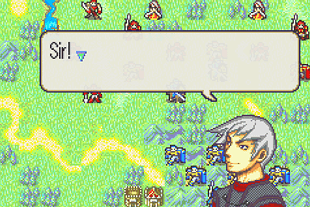 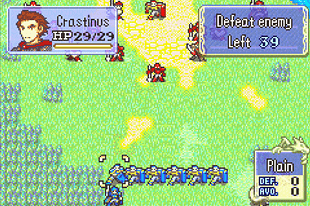 This looks cool - best of luck on the project!

Forever ago when I first found out about fire emblem hacks like 6 years ago I wanted to see if I could make one on the Gallic wars. Crazy to see I wasnt the only one who thought of that

Do you want to kill some Gauls?
C’mon, let’s do it!

would the main character be…

Hi ! I just tried the first chapters of the hack and I must say that I’m impressed with what you already done ! I really like the idea of incorporating painting, and the clothes on the portraits of the Roman characters are really nice
I thinks that the idea of historic romhack is really great and have a lot of potentials, now that I tried yours I want to make one on Cyrus the Great ahah ! Can’t wait to see more of your romhack when it get extended and polished !

Now for some historical nitpicking and ideas to improve the game:

Best of luck for further updates on your Project !

wow, that’s a lot of heroes

Thx for the feedback, im currrently in a tight spot right now, but expect some updates in summer 2021.