I couldn’t really find something this simple anywhere, so I went ahead and made this myself.
It’s the exact same game, but with a much upgraded soundtrack.

Features:
All the same songs you know and love, but “redone” with the allintruments patch.
Free to use of course, but I would appreciate some credit.

Basically what I did was take every single song in the game and converted them to their higher quality instrument counterparts. Most songs are unchanged instrument-wise, but I did have to change some songs from their original instruments because they just didn’t sound quite right otherwise. For example, the GBA version of a church organ does not sound the same as a real church organ. This was most prevalent specifically in the song “Shadow of the Enemy”. In this song specifically the most prominent change I did was change the church organ, which is the main tune of the song, into trumpets.

Other than just a couple of songs, all songs were kept to their original instruments as much as possible. You might be completely surprised at how some of the songs turned out. You may like it, you may not, at the very least, it makes the game “feel” completely different in my opinion, and I quite like how it turned out!

Sound room 100% unlocked from the start.
Some songs REALLY stand out more, most songs improve, and some songs are still meh,
like the healing song xD. All subjective of course.
Anyway, here is the patch, enjoy!

Also, here is a quick video of the main theme showcasing the patch if you want to listen before downloading. 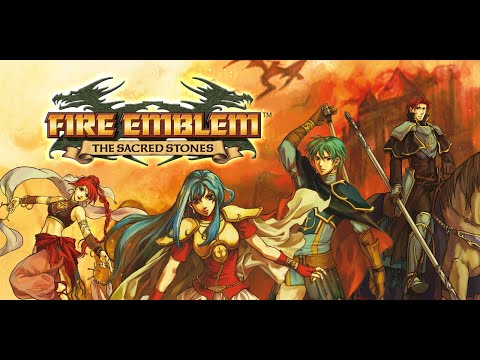 Update: Patch updates are no longer planned, I have fixed most of the things I had planned on fixing. All songs sound the way they should be. However, that doesn’t mean I won’t consider feedback for improvements. As long as it doesn’t divert from the intended sound of the song and it reasonably will improve the quality of the song, I will make said changes. So if you have a request for a song improvement, make sure to leave a comment or send me a DM.

I don’t have plans for remastering the soundtrack of FE7, but if it’s requested enough, I will.

You should include the patch that fully unlocks the sound room, so that people can listen to the tracks easier.

Silly me, will do that immediately.

Did you keep the riff in a “A powerful Foe”?

That’s one of the songs I intend to fix. For some reason using a different instrument set gets rid of the guitar riff.
I’m going to have mess with the midi file and see if I can replicate it. Much like you, it’s what I love about the start of the song.

The project is mostly complete but I figured it was done enough for release. Doesn’t mean I can’t update it! I’ll try to figure it out within the next couple of days.

Any other opinions are more than welcome as well.

Is the music in this patch f2u?

I’ve been searching for fe 8 remasteted/remix music for a while, and I’d like to use it.

Hahaha I was actually doing the same as you, but couldn’t find a damn thing. So I did it myself!

100% f2u! I wanted someone to have it done for me, so I definitely won’t stop someone from using it just because I had to be the one to do it.

Would love some credit though!

Fixed the riff! File is updated.

After checking out the patch, so far it’s a pretty cool thing!

My main issues though are with some particular instruments sounding a bit too loud, like for Grim Journey, one of the main instruments (I think you can describe it like an electric guitar?) overpowers the other notes a bit much when it comes to volume.

Otherwise, pretty neat to see this! I’d like to see some progress on improving it, if you decide to do so.

That’s exactly my plan. It seems as if some instruments even at the exact same “volume” just sound completely different volume-wise between the GBA and real instrument counterparts. I’ll make improvements this weekend. I had noticed the same thing.

Grim Journey: Reduced the volume of the loud instrument. Sounds much more cohesive with the rest of the instruments.

And that’s about it for this update!

I’ll take a look this evening and see if that’s possible.

Can you let me know once you are done?

Sadly it isn’t possible. I use FEbuilder. It exports songs based off of the song ID and not the song name. That would have to be a feature you would have to request from them. Sorry I couldn’t help.

It’s ok, I’ll try adding the name in the comments and see how it goes