Fire Emblem: Searching For Light[FE8U][Complete up to Chapter 3][WIP]

Howdy there folks,
I’ve come to present a project to you! 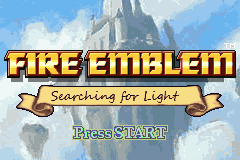 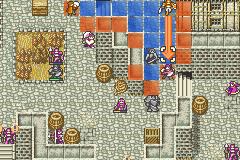 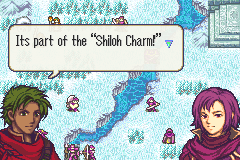 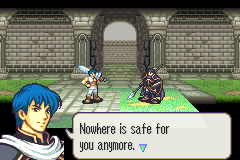 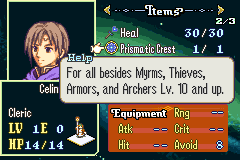 If you would like to post about playthroughs or other such things about my hack, please
do so here!

There’s no need to make four posts in a row within an hour. Please edit your post when you need to update in quick succession.

Time for a little sneak peak at the dumb stuff I’ve been adding to the ROM: 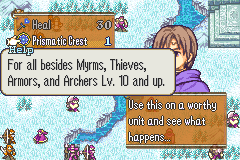 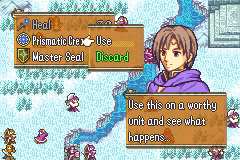 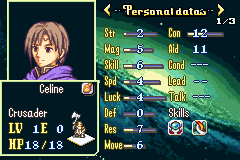 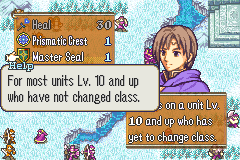 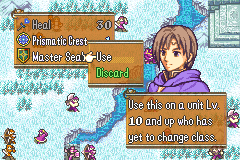 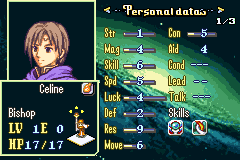 I definitely had fun adding all of these classes to the rom.

What are all the classes for this game

Please don’t ask questions like this of me again, I’d rather you find out by playing my hack, please. 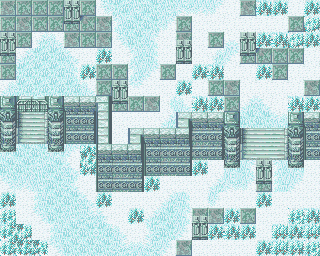 P resent to you:
The map for Chapter 2A: Dawn’s Sorrow.
Thats all for now I guess.

Sorry for the radio silence!
Here’s a slight progress update: 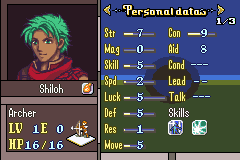 A new status background made by yours truly.
I didn’t particularly like the previous one, and this one looks better in my opinion. 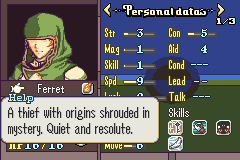 Heya, its your favorite nuisance here.
I’ve got something a little different here for you.

I may be doing a something else however… 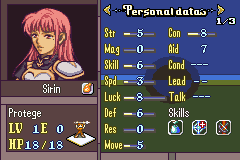 Good morning or afternoon or evening or night gamers.
I have finished the something else I was doing.
Sunny got a rename and a new mug!

So as you may have seen if you were in my Discord server, or a few other places, I am almost completely redoing Chapter 1 and 3 and rewriting chapter 2, this is because I am not proud of chapter 1 or 3 in the slightest, whilst chapter 2 I quite enjoy still, and it just needs some rewrites.

So this next update will take a little while longer than I had initially intended, life is just busy+mental health has been in the dumps recently so please expect slower progress.
But rest assured, this project is going to be finished some day!

(Just a little screenshot to prove I am still working)

Just wanted to come here to clarify the obvious.
No the project is not cancelled, I just don’t have anything interesting to show on the forums.

Hey howdy hey again!
Please ignore that last post, as I’ve decided to make a bit of a call to arms(?)
I’ve been struggling to find people willing to playtest for this project, so right now, I’m asking for anybody who is interested in being a long term playtester.

Please join the discord, and DM me here or at Goldblitzx#9123 on discord if you’re interested, and we’ll go from there.

Have a lovely day! 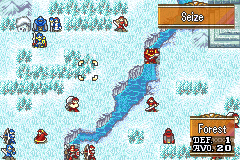 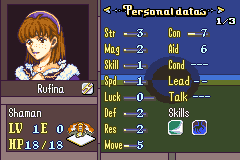 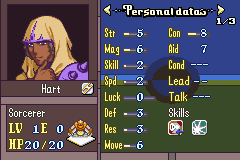 Hey howdy hey ya’ll!
Just thought I’d show some of the things I’ve been working on pertaining to SFL!

The first and main thing I’ve been working on is shifting all of the player units away from using F2U resources, and in to using splices I’ve made for them.
This is to give my hack more of its onw identity.

Below I’ll show some before and afters:

The next thing I have to report is that I’m working on redoing the content I have currently released. I know I have said that before but I thought it would be worth it to restate it. Please expect a release before I go back to School later this month.

I love ya’ll, and whatever it is you’re having, I hope its a good one!

Those splices looks quite nice, especially the one of Shiloh, can’t wait to see more !